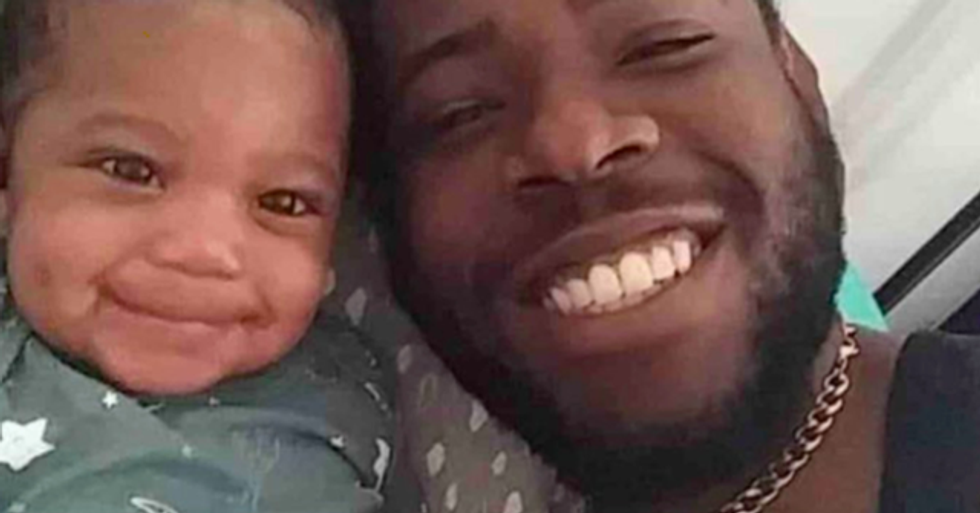 In yet another horrifying example of why we need tighter gun laws in this country, it has emerged today that a baby was fatally shot at a playground cookout.

This is a truly tragic story...

But we are living in a country where our children can't live happily without being in fear of being shot.

It doesn't take a genius to realize that, here in America, we have an ongoing issue with gun violence.

Hell, you can even purchase guns at your local supermarket.

What kind of world is this?

Something needs to change, and fast.

Because, this week, there has been yet another horrifying incident involving guns.

Another child has been injured as a result of firearms.

Just days after it emerged that a 9-year-old was shot while playing out with his siblings, it has been reported today that a 1-year-old baby is the latest victim of gun violence.

The incident happened at Brooklyn Park, New York, on Monday.

Samantha Gardner and Davell Gardner Sr. were enjoying a cookout at the park with their family when disaster struck.

In front of Raymond Bush Playground at Madison Street and Marcus Garvey Boulevard in Bedford-Stuyvesant, police sources have said.

It is believed that as many as 3 suspects drove up in a dark SUV...

Before parking up in front of the family and opening fire.

3 adults were shot in the attack...

But the 1-year-old baby, Davell Gardner Jr., received a much worse injury...

He was shot directly in the stomach while strapped in his stroller.

The baby was rushed to Maimonides Medical Center...

Where it was initially believed that he would recover from his injuries.

But, devastatingly, the child didn't survive.

He was pronounced dead just after 2:30 a.m, according to sources.

Last night, 4 people were shot at a Brooklyn cookout, including a 1-year-old child who died from his injuries. The… https://t.co/qB8mzA6MSj
— Commissioner Shea (@Commissioner Shea)1594643028.0

Where he called the gun violence "senseless."

“This is so painful," the Mayor said at a news briefing on Monday, before calling for a minute of silence. “It’s not something we can ever look away from."

A GoFundMe page has been set up to cover the costs for Davell Jr's funeral...

The description reads: "The family needs answers and they need it now!! On behalf of Samantha Gardner and Davell Gardner Sr. (Davell Jr's grandma and dad) I have put this campaign together. The family did not ask me to do this, but however, we can help this family right now...we need all hands on deck. They have a funeral coming up that is going to be the hardest thing they have to deal with. I know from experience every bit of support helps!" If you would like to donate, you can do so here.