My personal favorite, an oldie but a goodie, Donald Glover's yearbook photo. | 22 Words 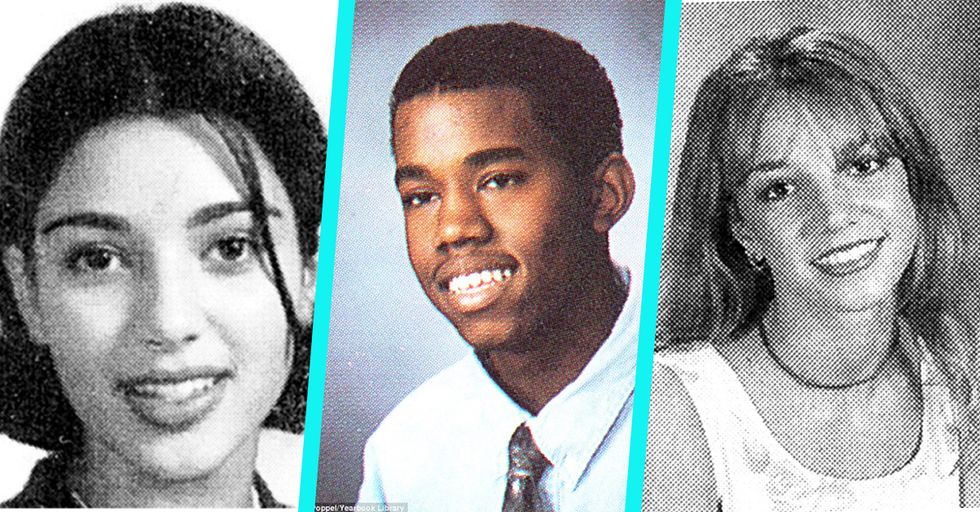 10 Awkward Yearbook Photos of Celebs Before They Were Famous

I think it's safe to say that high school was not a great time for many of us. Looking back at our fashion choices and growing pains our old photos can make us cringe.

But it turns out we regular folk weren't the only ones who had some cringe-worthy yearbook pictures.

There is no better place to start than here, with Dwayne "The Rock" Johnson.

Instead of looking like the pro-wrestler turned movie star we know him as, he looks like he's going to try to sell me insurance. Losing the 'stache was probably the right call.

Another movie star that didn't start off that way is Ice Cube.

Before the former rapper turned movie star was known for any of that, apparently he was known for his sweet perm and Jheri curl. The popped collar and single earring really seal the deal for me though.

One of Ice Cube's contemporaries, Snoop Dogg hasn't changed nearly as much over the years.

Trade out the suit for a tracksuit, add some braids, and voila. It's modern-day Snoop.

Drake pulled the opposite of Cube and Snoop, starting in entertainment before moving to rap.

But before any of that was this sweet 'fro. Ladies, would you let this guy take you to Marvin's Room?

Let's keep it in the rap realm for a minute.

My personal favorite, an oldie but a goodie, Donald Glover's yearbook photo.

This photo has been floating around for a while, ever since Glover was announced to play Lando Calrissian in one of the upcoming Star Wars films. He doesn't look that different now either. It never gets old though; it's still pretty awesome to see Donald living his high school dream.

But he sure does look happier. That's what having a wife and kids will do to you, I guess.

Shorter hair, but other than that pretty much the same. That might be surprising to some people, considering all the flack she gets for being "fake".

Lindsay Lohan's yearbook picture had me do a double-take though.

She still looks like herself, but it's kind of jarring when you compare it to modern day Lohan. Drugs are bad, kids.

This one just warms my cold heart though.

Pretty much every 90's kid had a crush on Britney Spears. She looks like she could be on Saved By The Bell or something here, but pretty much everyone did around that time.