10 People Who Have Terrible Taste but Fantastic Execution | 22 Words 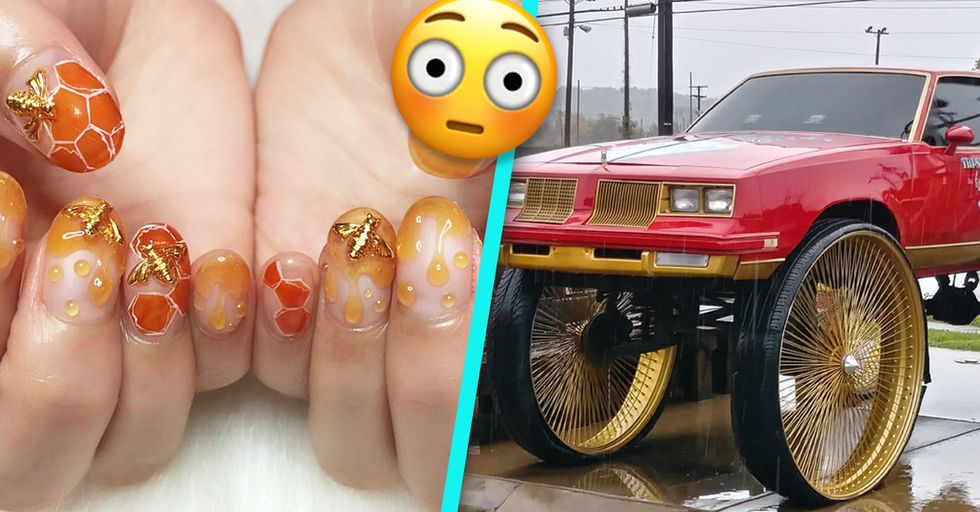 10 People Who Have Terrible Taste but Fantastic Execution

We all know someone with terrible taste. That aunt who overdoes her makeup just a tad too much. That uncle who can't stop wearing Hawaiian shirts for the life of him. Usually, when these people make their unfortunate stylistic choices, it's an eyesore. But then, there are the outliers, the people who have terrible taste but somehow make it work.

Here are a few examples.

We all love Pikachu, he's the cutest thing ever. We can understand people wanting to make him a stuffed toy or some other plushy, but a Lamborghini?
The weird thing is, it actually works. The Lamborghini actually looks legit. It should be a bad idea – it is a bad idea, but somehow, it all comes together.

If you play Minecraft, you're familiar with creepers. They're hostile mobs that'll explode the minute they're next to a player. They also look super odd.
We don't know if this was by accident or design, but this was actually the best case scenario here. Because in other instances, creeper legs have been designed to look like balls.

This could have ended horribly wrong. This person decided to put Wonder Woman on their car, but we all know that these type creative projects usually end in disaster.
And yet there she is, resplendent against a yellow background. Everything in proportion, no weird artistic renderings. Solid work all round.

So the important thing here is these people actually put a mouse hole in their house where there wasn't one before, which – bad idea.
But then they decorated it with vintage wall-paper, added motion activated lights and a framed picture of cat. We just want to say – solid work.

When someone tells you they want to paint their car with camouflage and maybe a sharp-toothed mouth on the side, you think ick, right?
Well feast your eyes on this beauty. From the bright red mouth to the camouflage, to the incongruous grey pattern, it all just sort of works. Who'd have thunk...

No, I'm not confused, you're confused. Okay, we're all confused, but after much discussion, we realized it's actually a kitchen window with a garage door accent thingy.
It looks pretty cool. We have to hand it to this person – stupid idea but excellent execution...

People just can't messing with their cars. Can literally not stop fudging with them.
Here we have an ordinary two-seater and someone decided to get all fancy. Even worse, they called on the Lord himself to do it. Pretty cool picture though.

We think the concept here is golden bees and honey. It could also be insects trapped in amber, but honestly, we're not sure.
What we do know is that the idea is to make the nails look messy, which they do. But they also look sort of fun, so kudos?

This person obviously loves Taco Bell cinnamon twists and nacho cheese. They love the fast food items so much, they got them tattooed on their body.
The strange thing is, the tattoo doesn't look half bad. Actually, it looks super legit for a tattoo that literally depicts a three dollar snack.

We have to say, this is the most splendid and outrageous example of rim culture we have seen in our entire lives.
Who is this person, why are they so extra, and how can we thank them for this massively impractical and ludicrous contraption? How????