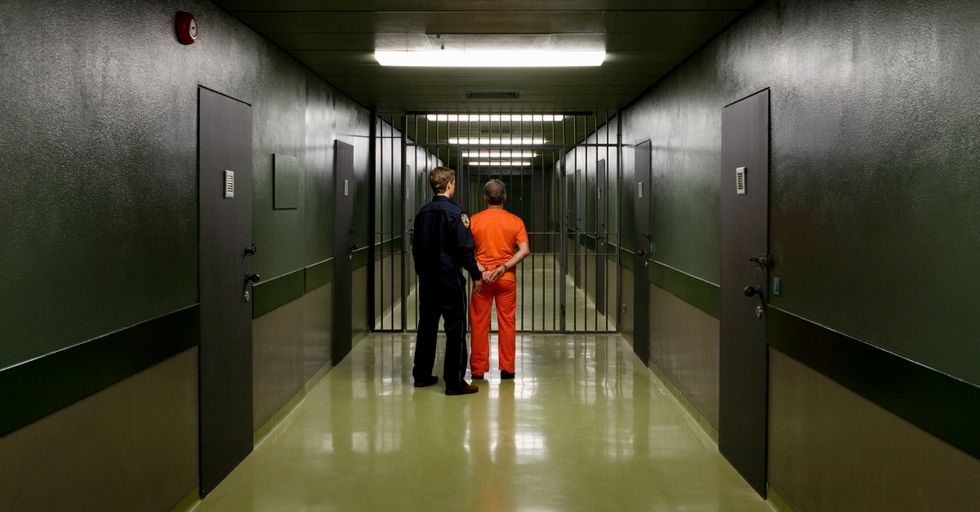 Prison culture has always maintained a consistent presence in films and on television. How could it not? For most, the concept of serving time in prison is like trying to imagine living in an ulterior universe. And you know what? It pretty much is.

Hollywood tends to throw a funny filter on prison life for comedic purposes but the reality of life behind bars is far more complex and devastating than it is so often portrayed on the screen. While we can't always rely on Hollywood to provide us with an authentic account of our society's serious incarceration issues, we can always count on the Internet to delve into the darker sides of reality.

Here are 10 realities of prison culture that movies and television shows downplay, laugh off, or just completely ignore.

When it comes to exploring the realities of prison culture, the film industry has taken a lighter approach.

You may notice that many films and television series do not necessarily fall under the theme of "drama." Rather, often times, they are considered comedies. Sometimes there's some drama, even good drama, interweaved into the plot, but there is always a lighter dose of comic relief that saves the viewer from getting too deep into the dark reality of prison life. Don't get me wrong. I'm a serial binge-watching-an-entire-season-in-one-day-then-feeling-bummed-for-the-next-three-days-because-I-invested-so-much-into-it-and-now-it's-just-over Orange is the New Black fan.

But films and television shows often perpetuate a soft-lit version of the troubling American epidemic.

We've all watched a show or movie that portrayed prison life as humorous on some level. It's understandable that as a society we are intrigued by the foreign constructs of prison and that we prefer to satiate our natural curiosities without requiring a prescription for an antidepressant (or a second one) after we've learned a thing or two about life in prison.

Your TV probably has you imagining prison visits beginning with a visitor picking up a phone and ending with them hanging it up. Considering that this is all most scenes of prison visitation show, it's not hard to understand why people might not have the first clue about what a visit to prison actually entails. Notice how in this scene of  "New Adventures of Old Christine,"Julia Loius Dreyfus just strolls into the visitation room, casually signs in and heads over to visit her friend. Yeah, no. Not even close to reality.

In reality, visiting a prison is a long, arduous, and disillusioning process.

Before one actually sees the person they are visiting, they are required to fill out paperwork, wait through insanely long lines, provide identification, get it verified, undergo body and property searches, take a series of bus rides shuttling visitors from different sectors, security levels, and visiting yards, only wait for their loved one to then also be processed, searched, and bused to the visiting location. All of this takes place at an abhorrently slow speed. In reality, prison visits aren't all teary phone calls separated by plate glass; they are a serious pain in the ass.

Don't wear blue, or black, or white or color, no short sleeves, nothing remotely sheer, nothing with a zipper, button, or hood. No sandals, no heels, no boots, no jewelry, no hair clips, no bras with underwires, no denim, nothing tight, nothing too baggy... the list goes on, and on, and on. Let's just say that Caroline from "Two Broke Girls" may not have any trouble getting into TVLand prison but in the real world, she ain't making it past the prison parking lot in this getup.

Movies and TV often address racial issues in prison with levity and humor.

The reality is that race is a REAL issue in prison.

Prisons are generally segregated by inmate peer pressure .. but new inmates coming in are often segregated from other inmates for classification and the natural inclination is to make friends with the first friendly face. Once you go to mainline you are told by your race that you can only hang out with them, and only talk to another race in passing. Breaking that rule can get you beat up pretty bad, or killed.

In the level 4 prison I was in at Corcoran California a white inmate was only allowed to eat, smoke, bunk and play games with his own race. If caught you’d either get smashed on, rolled up or stabbed. I seen a first termer white inmate get his haircut by a black and by him doing so was stabbed.

Crazy Eyes' mental illness may be entertaining on TV, but the lack of healthcare in prison is hardly funny. On Reddit, GrannnySmith writes:

The jail medical system almost killed me, that also scared the hell out of me. I'm a type 1 diabetic and they decided to halve my doses. Also, their diabetic meal was no different then a normal meal except no sugar. Trouble is carbs are the biggest thing with diabetes, you might be able to guess what the meals are mostly. And they didn't let me add those carbs from that meal to my dose. The guards would laugh and joke about my blood sugar being so high. My blood sugar was over 400 for 5 days before I was released initially. Refusing to give me more than the halved dose their "doctor" decided for me..."

Making light of sexual assault is one of the entertainment industry's most misguided attempts at prison comic relief. We all know that rape is not funny in real life (no matter who the victim is), so why is it funny on TV?
The New York Review reports:

The department divides sexual abuse in detention into four categories. Most straightforward, and most common, is rape by force or the threat of force. An estimated 69,800 inmates suffered this in 2008. The second category, "nonconsensual sexual acts involving pressure", includes 36,100 inmates coerced by such means as blackmail, offers of protection and demanded payment of a jailhouse "debt". This is still rape by any reasonable standard. An estimated 65,700 inmates, including 6,800 juveniles, had sex with staff "willingly"... The department estimates that there were 45,000 victims of "abusive sexual contacts" in 2008: unwanted touching by another inmate." .. Overall, most victims were abused not by other inmates but... by corrections staff: agents of our government, paid with our taxes, whose job it is to keep inmates safe.

Dan Cain also offered insight into the reality of guard and inmate relationships. It's not quite as sexy as some shows might suggest.

Another mistake is talking to the guards . You do not talk to them in conversation , or hang out with or around them . You will be seen as a possible snitch or even just buddy with them .. and not be trusted . Prison gangs and cliques can kick you out without jumping you .. which leaves you alone without back up for them or any other clique to take advantage of you and abuse you . You then become a target . If you get too chummy with the guards they will likely not jump you but will kick you out. If you do or are thought to have, snitched .. you are a marked man and anyone might creep up on you at any time, usually with a blade.

Violence in yet another harsh reality of prison that is so often portrayed comically in films, yet the reality is far from funny.

Films and TV shows often suggest that prison culture is confined within prison walls. While there is an even higher population of law-abiding family members and friends who are profoundly affected by their loved one's circumstances. These families often sacrifice an entire day of their weekend, sometimes both, to spend a few uncomfortable and emotionally draining hours with a loved one who is incarcerated.

Reddit commenter Clankkk points out the small details of life that go by the wayside for inmates, ones that the entertainment industry often fails to acknowledge.

Reddit commenter Chickmagnetwompaone1 shared the realities of life after prison, something we don't often see at the movies.

My first thought was " I just lost my shot at nursing school". Which I did... Don't drink and drive!

At the end of the day, clearly prison life is no joke.

And while it's okay to look for the lighter side of the heavy topic, there are many aspects of prison that we just shouldn't laugh about.