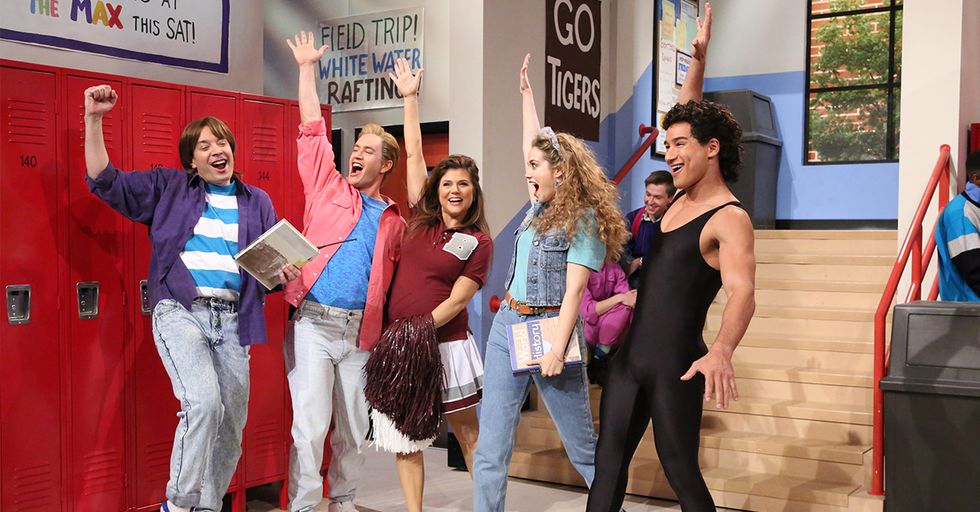 Isn't it such a trip? But all your favorite music, movies, music videos aren't always everything they're cracked up to be.

In fact, some pop culture facts you might think are true are downright false or wackily confusing.

Here are 11 crazy facts that will change the way you see your favorite pieces of pop culture.

2. Those Game of Thrones Night's Watch cloaks are made from Ikea rugs

Ah, the Night's Watch. For a bunch of celibate men peering down on Westeros from a wall, they're certainly stylish, aren't they – particularly all those furs they wear.
Turns out those furs are actually made from $250 Ikea rugs which were shaved down and dyed. You too can have a Night's Watch cape – Ikea helpfully provided instructions.

Before the Justice League, there was the Justice Society of America, a gathering of 1940s DC heroes including Hawkman, Starman, Sandman,  Doctor Midnite and Wonder Woman.
There was only one problem though – Wonder Woman joined the Justice Society as their secretary, and it wouldn't be until the 1950's and 60's that she began to join the rest of the heroes in fighting Nazis and other villains. Ain't sexism grand?

Tomb Raider's Lara Croft is iconic for many things, but one of them is her extremely exaggerated chest, which often defies the laws of gravity and nature. As it turns out, that's because it's a mistake.
When Croft's dimensions were being finessed, one of the designers, artist Toby Card mistakenly put her bust to 150 percent instead of 50 percent. Thus was a legend born.

Have you ever squinted at the iCarly set and wondered where you'd seen it before? As it turns out, your deja vu is perfectly justified.
The set has not only been the home to iCarly, but also to Bayside High of Saved by the Bell fame as well as the high school in That's So Raven.

6. The actor that plays Luke on Modern Family is actually super smart

Modern Family's Luke Dunphy is a lovable dunce. He barely scrapes by in class compared to his smarter sister Alex, and never met a puzzle he could solve. Turns out that the actor that plays him, Nolan Gould, is the complete opposite.
Gould graduated from high school at the astonishing age of 13 and is actually a member of MENSA with a 150 IQ. Whoa!

7. Carrie's iconic tutu on Sex and the City cost $5

Sex and the City was iconic for its expensive clothes. Birkin bags, Manolo Blahnik heels, Proenza Schouler dresses – you name the designer and Carrie and Co. wore them.
That's why the ridiculously low cost of Carrie's tutu from the opening is so shocking. The show's costume designer Patricia Field snagged it from a bargain bin just before filming commenced.

Those organs the Grey's Anatomy surgeons operate on certainly look awful, don't they? That's because they're real –made from actual cow organs instead of props. They aren't the only things that are real during the surgeries, however.
The close ups of the surgeon's hands whenever they operate aren't actors' hands like you might imagine – they're actually the hands of real surgeons.

9. Princess Leia's slave girl costume is even more scandalous than you imagined

It was made of hard plastic, which meant it had no give and didn't completely mold to her body. Anyone standing close enough to her got a very saucy eyeful.

Walter White is one of the most iconic antiheroes of recent popular culture. Pretty much everyone knows about the fictional science teacher turned drug lord.
But did you know he was almost played by someone else? Matthew Broderick and John Cusack both turned down the role before Bryan Cranston sank his teeth into it.

Remember that scene in Inglorious Basterds where Hans Landa chokes Bridget Von Hammersmark to death? Well, those hands didn't belong to Christoph Waltz, they belonged to director Quentin Tarantino, and he choked actress Diane Kruger to unconsciousness to get the shot.