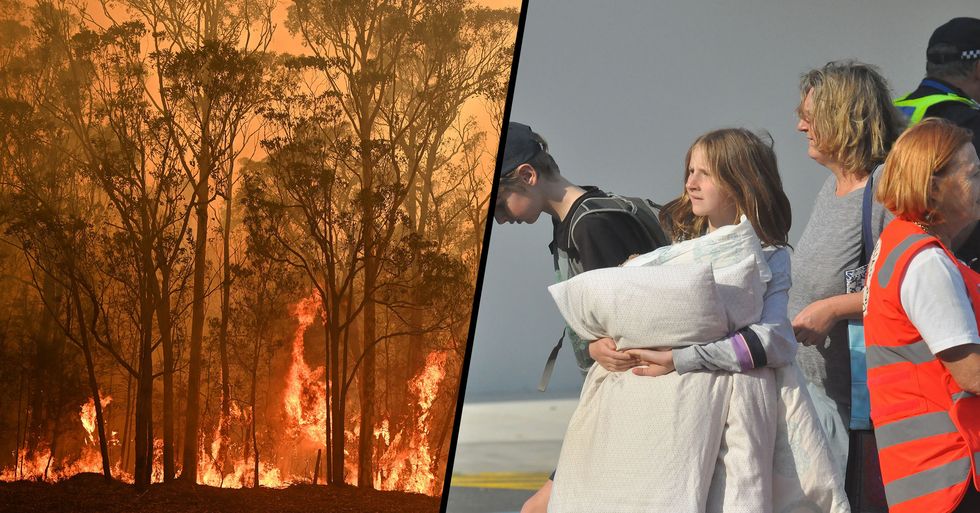 Amid the bushfire crisis currently burning across Australia, a number of different celebrities and high-profile figures have been pledging generous sums of money towards helping the struggling country and its people.

But with the help of millions of people around the world alongside the rich and famous, a staggering $115 million has been raised.

However, not all of the donated money will go to the victims.

Fires have been reported in every state, but New South Wales has truly taken a beating by bush fires and is undoubtedly the hardest hit. More than 5,900 homes and buildings have now been destroyed.

Over a billion animals have now died.

Ecologists from the University of Sydney have said that it's thought that over a billion mammals, birds, and reptiles have died since September when the fires first started.

Many famous faces began to join the fight...

A number of celebrities have been sharing their wealth with the struggling country.

A tremendous amount of money has been raised so far...

Celebrities such as Hugh Jackman, Elton John, P!nk, and the metal band, Metallica have put forward hefty donations towards the cause, and a full concert, which will give all proceeds towards helping the bushfires, has even been organized by the Australian comedian, Celeste Barber.

People from all around the world have been donating also...

And as Margot Robbie urged in her emotional Instagram post about her home country, even a $1 donation can make a huge difference - and her messaged seemed to work.

The high volume of generosity from celebrities and members of the public, alike, has been truly heartwarming...

And the total amount of money is breath-taking.

Thanks to all of the donations...

Around $115 million has been racked up.

Of course, money will need to be distributed fairly...

It will need to go to people who have lost their families and homes, to animal sanctuaries, to building works, to restoring the environment, to the fire services, and to so many more organizations around the country.

But despite the incredibly high volume of donations...

It turns out that the victims of the bushfires won't be seeing as much as they'd hoped.

And it was revealed that victims would only see $30 million of the funds that were designed specifically to help them.

The money is going elsewhere...

The director of the Australian Red Cross, Noel Clements, has claimed that 10 percent of every dollar donated will go towards "administration."

via: The Today Show

The director was accused of holding back the funds for future disasters...

via: The Today Show

The Red Cross grants to victims are indeed sizeable...

Some victims of the fires may be waiting a long time...

To best distribute the funds, the Red Cross released a statement explaining that the donations would be funneled out via "tailored recovery programs" to communities over the next 3 years.

Of course, this has caused significant anger.

Bega MP Andrew Constance, the Minister for Transport and Roads, took aim at the charity’s hesitation. "Australians have donated now so that people get help now, not in 3 years," he said to the Mail Online.

The people of Australia desperately need these funds...

“The balance of those funds IS for the bushfires.” The Red Cross' director of Australian services has DENIED allega… https://t.co/MZHA1kQuKR
— The Today Show (@The Today Show)1579724807.0

And we can only hope and pray that the people behind the Red Cross funds will soon get their acts together and give the people suffering what they need.