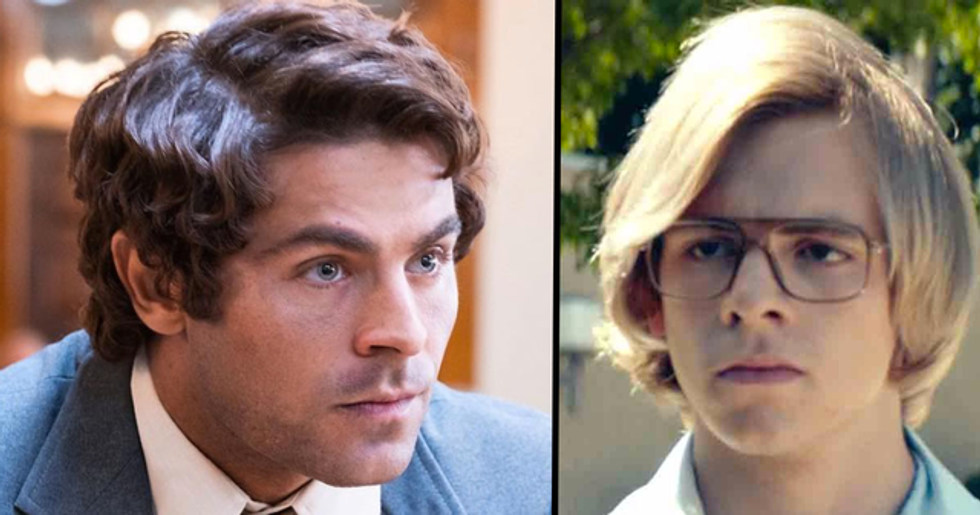 11 Serial Killer Movies to Watch Because We're All Obsessed Now

Back in the day, we all sort of had to keep our darkest interest under wraps. Admitting that you were fascinated by gruesome murders, paranormal activity, and outlandish conspiracy theories just wasn't the done thing. But fast forward to 2019, we're all going mad for everything creepy, upsetting, and macabre.

Nowhere is this more apparent than in our viewing habits. In recent years, it appears that audiences have gone mad for anything related specifically to killing, be it fact or fiction. If you want to make a hit movie, the subject matter of murder is ripe for exploring. If you're hurting for viewing inspiration, we've got eleven excellent options to help you make even the most boring evening as fun as it is frightening.

There's something oddly appealing about being scared.

Perhaps being in a world with little obvious danger, that makes us feel more alive flirting with the darker aspects of humanity.

For some strange reason, as a culture we seem to be endlessly fascinated by murder - and in particular, the sort of killers that are essentially motive-free.

For a long time, the urge to kill has been a subject of fascination.

The urge to kill has been the subject of countless horror books and films over the years. There's just something about a murder that we seem to find endlessly fascinating.

Often, the big hitters have a more fantastical element.

Perhaps if we move these types of murders outside of our reality, it becomes more entertaining, and less imminently scary.

Arguably the first series to spark our true-crime renaissance was podcast smash hit Serial. The story dealt with the real-life murder of Maryland student Hae Min Lee and has spawned tons of copycats.

After Serial, the true-crime phenomenon got in full swing.

Another huge hit came in the form of Netflix series Making a Murderer. The story dealt with a man who may or may not have been wrongfully imprisoned for the murder of car photographer Teresa Halbach.

Alongside these mysterious crimes, there are many that are very much solved.

As our collective obsession with real-life crime grows, it's only natural we would want to look back on some actual examples of truly evil human behavior.

There's nothing quite like a good serial killer movie.

Whether they're based on an actual figure from history, embellished a little for dramatic effect, or totally invented, we have a list of the best options out there for your viewing ... pleasure?

This movie centers around real-life serial killer Ted Bundy - a man who received marriage proposals while on trial because women around the USA found him so hot.

Bundy was cast in the movie as heartthrob Zac Efron.

This casting choice led to a fair amount of controversy, with opponents saying Efron glamorized the reality of Bundy and made him into more of a romantic lead than was necessary.

This movie also centers around a real-life villain, cannibal and zombie creator Jeffrey Dahmer. Dahmer gruesomely killed seventeen men in Milwaukee between 1978 and 1991.

If you're interested in serial killer psychology but have a weak stomach, this could be the movie for you.

Rather than focusing on his later (incredibly horrific) crimes, this 2017 movie focuses on Dahmer's experience as an outcast during his high school years.

However, if it's murder and torture you're after, look no further than this 2002 movie.

It stars Jeremy Renner in the role of Dahmer.

Set at the height of the brutal and horrific murder spree, the movie combines the stalking and death of a victim whilst using flashbacks to explore Dahmer's sick mind.

If you favor an unsolved crime story, this could well be the option for you. It follows the terrifying heyday of the Zodiac Killer, who was active in San Francisco during the 1960s.

What makes it all the scarier?

This killer was never caught. But you can still enjoy watching Mark Ruffalo, Robert Downey Jr., and Jake Gyllenhaal give it their very best shot.

If you're into exploring the psychology of a serial killer, but find real-life events too grim, this may be the option for you. It's based around a fictional murderer who leaves bone shards as clues for those investigating his case.

Angelina Jolie and Denzel Washington team up in this mystery thriller - and it's well worth a watch, if only to see these two interacting on screen.

Getting fatigued from the abundance of male evil on our list? Well, Aileen Wuornos proved that women can be just as terrifying, by killing at least six men during her stint as a prostitute in the '80s and '90s.

The movie has something of an all-star cast.

Charlize Theron won an Academy Award for her portrayal of the deranged Wuornos, while Christina Ricci co-stars as girlfriend Selby Wall.

The Silence Of The Lambs

If you're looking for something critically acclaimed, you can do no better than this 1991 classic, which won a whopping four Academy Awards (Best Picture, Best Director, Best Actor, and Best Actress).

It also features not one, but two serial killers.

Although Buffalo Bill and Hannibal Lecter are fictional, they both have a basis in a range of real-life maniacs, including Ed Gein, Gary Heidnek, and Alfredo Ballí Treviño.

For an artier look at the phenomenon of serial murder, this 1995 classic absolutely fits the bill. It follows the story of a serial killer who commits murders inspired by the seven deadly sins, to terrifying effect.

Again, it features an all-star cast.

The two detectives on the case are portrayed by Morgan Freeman and Brad Pitt, alongside Gwyneth Paltrow as Pitt's wife. Arguably the greatest performance, in the movie goes to Kevin Spacey, who's absolutely bone-chilling.

Back to the movies inspired by a true story, this 2006 offering explores probably the most infamous serial killing partnership of all time - Karla Homolka and Paul Bernardo.

This movie is seriously disturbing.

The narrative explores exactly how Bernado managed to convince Homolka to get involved in his rape and murder rampage. Even more terrifying? One of the victims was Homolka's own sister.

Perhaps not technically serial killer based in genre, this story tells the tale of a real estate heir whose wife disappears under extremely suspicious circumstances.

The reason we're including it?

Well, it's based on the real-life creep, Robert Durst, subject of HBO smash hit documentary The Jinx. Durst is almost definitely a serial killer (he was convicted for the decapitation of his neighbor), and thus, the story makes the cut.

This 1999 Spike Lee vehicle is centered around the summer of 1977, when a serial killer known as Son of Sam terrorized New York.

In the movie, we watch a group of friends from the Bronx suspect each other for the murder.

The real killer, David Berkowitz, was apprehended on August 10th after one of the biggest manhunts the city had ever seen. He was given six life sentences - but terrifyingly, he's still alive!