11 Shocking Close Calls That Were Caught on Camera | 22 Words 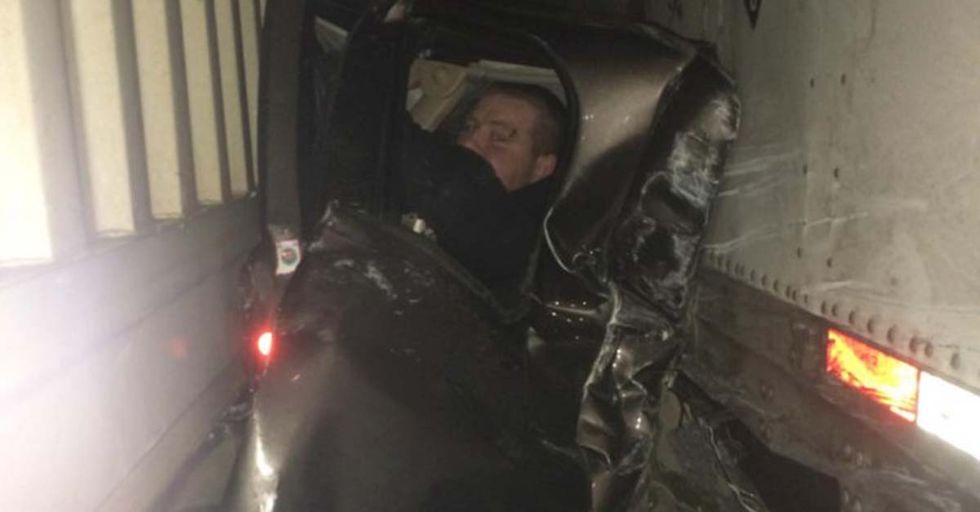 11 Shocking Close Calls That Were Caught on Camera

You know that saying "Count your lucky stars?" Well, I don't really know what a lucky star is, but the people in these photos and videos should still be counting them.

And recounting them. Over and over. As the pictures suggest, these folks were VERY close to death before dumb luck, divine intervention or...something swooped in at the last moment and saved them from doom. If you're feeling like you had a rough day...realize it could have been a whole lot worse.

It's not everyday you see an axe flying at you on the highway.

He still got his bike smashed, but it could have been much, much worse.

Who would have thought an exploding building would be so dangerous? Oh yeah. Everyone.

Just because you're taking a picture doesn't make you invincible. People forget that.

That may not have killed anyone, but it would have resulted in a nasty body shop bill.

Somewhere out there, a guardian angel is bending trees to keep your car scratch-free.

Hey! Is that an alligator?

Why yes! It certainly is!

It's actually a good thing this driver got so airborne, because that stone wall wouldn't have been as forgiving.

This is a real pic of a man smashed between two semi trucks in a highway collision. He escaped with a bruised eye and a couple cuts on his hand.

Don't you hate it when the ground below you just disappears for no good reason?