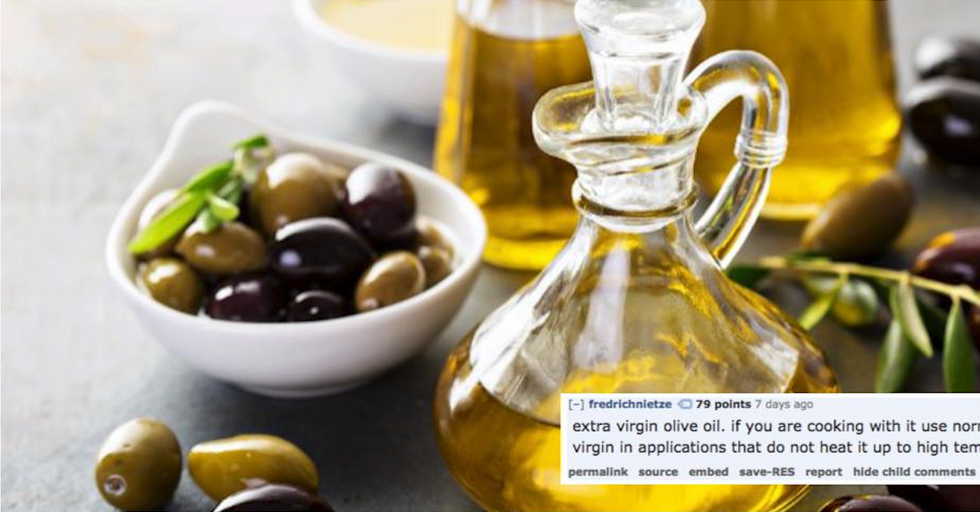 11 Things You’re Spending Way Too Much Money On

Sometimes, it's worth it to splurge. The general rule of thumb is that anything that comes between you and the ground is worth spending a couple extra bucks on (e.g., shoes, mattresses, and tires).

But spending on other things is just throwing money away.

Here's a lesson that will save you a lot of money: There are some things in life that you should absolutely not be spending a lot of money on.

Pinch those pennies! Be a cheapskate! It will help you in the long run. Let's see if you can survive this budget bootcamp.

...But it certainly doesn't hurt, either. There are a whole bunch of things in the world that you can spend your money on, but in some cases, you're just wasting all that dough. For people who are trying to save, it's important to know the difference between things you need to invest a bunch of money in, and things that it's OK to cut a few cornrs on. Luckily for you, a recent AskReddit thread compiled a list of all the things that just aren't worth the splurge. How many of them are you wasting your money on?

When it comes to olive oil, "extra virgin" really just means "extra expensive." According to Reddit user fredrichnietze, you should "only use extra virgin in applications that do not heat it up to high temps or for extended periods or the difference in taste will be lost." Redditor queenkid1 adds, "My roommates think I'm weird for having 4 containers of oil, but it makes so much sense. Sesame and extra virgin olive oil are for after cooking. Regular olive oil is good for baking, or pan frying. Peanut oil and canola oil are good for shallow or deep frying. Their smoking points and flavours make a huge difference." So if you want olive oil, just get the basic stuff. If you're really trying to save money, though, you're probably eating Ramen every night anyway. No olive oil needed.

If you're throwing a birthday party for someone, it can be tempting to splurge on all the decorations to really make them feel special. Good news! You can also make them feel special on the cheap. "Anything birthday related can be purchased at the dollar store, plates, those infamous beer pong cups, plastic forks, napkins, cards, balloons etc." says Redditor MothershipMan. Know what's even cheaper? Skipping your birthday altogether. But that's also very sad. Don't do that.

They're just melamine foam sponges. Nothing special. As Redditor acidmonkey puts it, "Mr. Clean Erasers are a rip off and the exact same thing." In fact, you can buy fifty melamine sponges from Amazon right now for under $22. Fifty! That's probably enough to last you the rest of your life. Or at least a solid month. We don't know how filthy you are.

#4: Anything other than Kirkland brand at Costco

According to Redditor reinfleche, "if Kirkland sells it, buy it from them." While Costco helps you buy in bulk for cheap, your cheapest option will always be the Costco in-house Kirkland brand. In fact, Kirkland-brand booze is more often than not the exact same stuff that's in the pricier bottles. Mind = blown, right?

If you've ever found yourself on the wrong end of a Monster Cables sales pitch, you know how ridiculously expensive these cables can be. As it turns out, there is pretty much nothing special about name brand cables. Being gold-plated does nothing except trick you into spending more money. Reddit user yoder1611 shared this sad cable saga about his dad: "My dad spent $80 on a 25 foot HDMI before asking me about them and I told him you can buy one for like 10 bucks on amazon. He explained that it was a premium cable and I told him that there is not difference whatsoever. He was upset with himself." Better luck next time, dad!

They're available at the Dollar Store, people! And they are exactly the same as the fancy ones. "All they do is track the pregnancy hormone, it's not complicated. Lots of moms trying to conceive have used both cheap ones and name brand ones only to have both show a positive reading on the same day." says Redditor TakeMeAway54321 "Still recommend to buy at least 2 or 3 in case one is a dud but $2 or $3 is still cheaper than the regular $16 name brands. This has become quite popular on the mommy-to-be websites." Also, you're just going to be peeing on it, anyway. You do not need to spend $16 for something you pee on.

While we're on the subject of little ones, Reddit user duelingdahlia says that baby clothes are another item you can save on: "They grow out of them so quickly, and quality isn't really an issue when they're that young. The only thing that matters is that it can be put on easily when they're squirming and taken off quickly when covered in grossness of any variety." Remember what we said about not spending a lot of money for something you're just gonna pee on? The same rule applies here.

Redditor minion351 says, "there is literally no difference between generic milk and name brand. It's all cow's milk from the same dairy cows in your local area. Why people pay $5 for a gallon of milk when the same exact milk is just a foot away for $2.50 with the store brand label." You can take this one step further and buy off-brand cereal. Sure, it may come in a giant, unwieldy bag decorated with a weird-looking cartoon character, but it's all the same stuff. Sugar, mostly.

Reddit user WhiteFox550 gave a real mic-drop-worthy answer for this one. As they put it, "your ability to interact is worth more than how fancy a dinner you can pay for." It's so true! A good conversation is more valuable than a good steak any day. Of course, if you can handle both, go for it. But don't let your empty wallet convince you that you can't find love.

"All of the unbranded and branded stuff are held to the same legal requirements and so are basically identical," says Redditor Asimo88. Advil is just Ibuprofen. Tylenol is Acetaminophen. The name brands are easier to pronounce, but that doesn't make them more likely to knock out your headache.

A Reddit user LaoQiXian so delicately puts it,"the occupant doesn't give a damn, why should you? Instead use all that money to get a decent catering service for the wake. Aunt Gladys won't judge you... Not with her maw full of cake." Fair point! Obviously, people have all different kinds of reasons for spending money on funerals, but it can be helpful to put this kind of thing in perspective.

But whatever you do, do NOT cheap out on the following item:

Toilet paper! No matter the cost, it is always, always worth it to spend extra money on this one. Trust us. You do not want to live your life saving money on toilet paper. It's just not worth it.

We hope you find these products as cost-efficient as we do! Just an FYI: 22Words may receive a share of sales from links on this page.