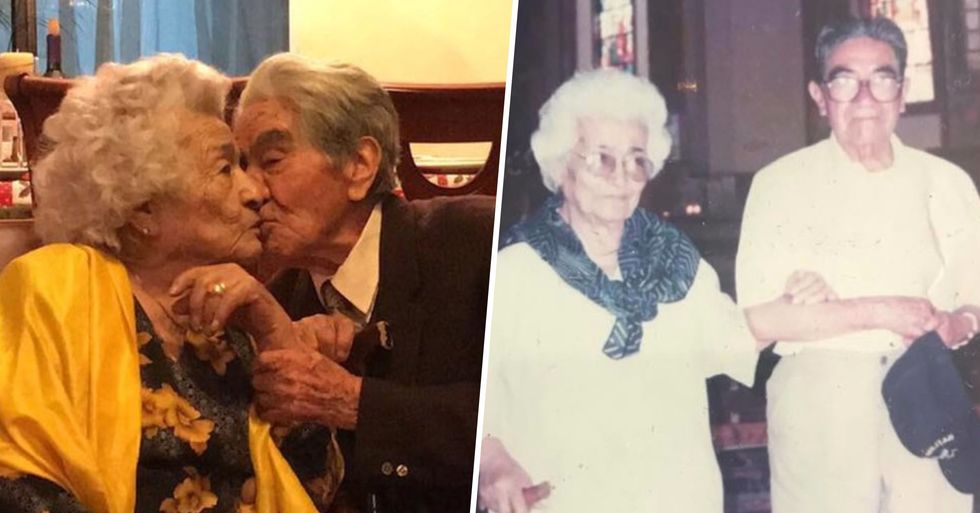 A couple has just been hailed as the world's oldest married couple proving how they have really stood the test of time.

But, it was far from an easy ride for the pair...

Originally from Ecuador, Julio César Mora and Waldramina Quintero have truly stood the test of time.

Mora is 110 years old, and was born before the Titanic sank, while his wife Quintero is 104.

But it wasn't an easy ride.

The couple were introduced to each other in 1934 by Mora's cousin, who was married to Quintero's sister.

But the wedding happened in secret, with the couple saying their vows in front of their godparents and best friends.

Their parents were notably absent from the big day.

And there was good reason for this.

The pair's parents and families were against the marriage.

They were reportedly opposed to the union and "did not have a good relationship."

According to the couple: "With time and patience we were able to unite them and we became an example and the best reference for the younger generations."

Quintero and Mora became teachers and were parents to 5 children.

Although, devastatingly, their eldest died at the young age of fifty-eight.

As well as 9 great-great-grandchildren.

Just like any other married couple, they have been through their ups and downs throughout the years.

But they always felt it was important to shield their kids from this, keeping disagreements behind closed doors.

"There were disagreements, but they were not noticeable to any of our children who also deserved respect and love."

But the couple maintains that they rarely ever fought.

"Respect, compassion, and consideration with which we maintained our relationship was very important; we never argued or fought," they said.

The couple now enjoy growing plants and love to spend their free time going to watch a movie.

"The love and maturity that we had as a couple from the beginning of the marriage allowed us to know each other and grow emotionally to define our future," they say.

And now, it seems they are world record holders.

The pair have been recognized by Guinness World Records as the oldest married couple in the world.

It's a very impressive accolade.

What a truly incredible achievement.

Well done, Julio César Mora and Waldramina Quintero! Keep scrolling to read about another couple who have hit a major milestone...