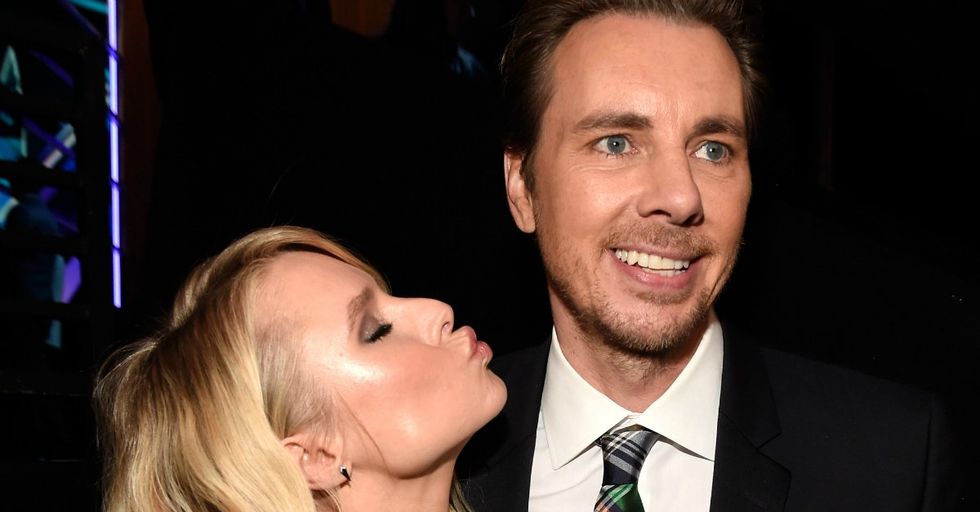 These 12 Facts About Kristen Bell Are Seriously Eye-Opening

Think you know everything there is to know about Disney princess/sloth enthusiast Kristen Bell? Guess again! In an Reddit Ask Me Anything thread she did on October 6 to promote her show The Good Place, Bell revealed quite a bit about herself that most fans were completely unaware of.

Not only was it totally eye-opening, it also made us love her even more.

She's not a fan of koalas.

Any fan of Bell's knows her complete obsession with sloths. One user asked her this intriguing question: "How do you feel about koalas? They are quite similar to the sloth." Bell's response? "Koalas get high off eucalyptus and most of them have chlamydia. These are facts."

She relates a LOT to Anna, the character she voiced in Frozen.

When a user asked Bell is she relates "to Anna in any way?" she responded with a resounding "yes!" "Every single way. I helped shape who she was. Leading with her heart always, goofy and clumsy but unafraid to take a challenge."

She rarely turns down roles.

User Sulla_ asked: "Are there any roles you've turned down that you wish you hadn't, or vice versa? Any upcoming projects you can tell us about?" "Real talk: I've pretty much taken every role I've ever gotten :)" wrote Bell. "I just finished a movie for Netflix called Like Father out next year- and Bad Moms 2 will be out in NOV."

There might be hope for a Veronica Mars reboot.

One user asked the question we've ALL been curious about since the show ended (well, and since the 2014 follow-up film): "Any chance of a Veronica Mars reboot? You and Rob seem so into it! Why not make it happen?" "We are trying!" she wrote. Fingers crossed!

"Favorite fun fact on sloths?" asked user IntoTheBathysphere. "They only poop once a week," responded Bell. Who knew?!

Her version of The Bad Place is seriously relatable.

"Oh man, I just discovered The Good Place on Netflix and binged it all in one go. Love it! What would be in your own personal Bad Place? Mine would be a wardrobe full of shirts and blouses with one missing button," said user chunkygirlmargherita. Bell's response? "Mine would be zero caffeine, zero naps, and constantly hearing 2 songs play at the same time." Ours too!

She had no idea Frozen would be such a big hit.

Shivan 21 asked, "Hi Kristen! When you were dubbing Anna in Frozen, did you already know how big hit it will become?" "No," Bell wrote. "I mean I knew it was special- but the public temperature has to be right on to make a movie succeed so you never can really know if it will be a hit."

"Do you play video games? If so, what are some of your favorite games?" asked user My_Name_Is_Christian. "I haven't played in a VERY long time but I used to LOVE 007 and Mario cart on N64. That was my sweet spot," she wrote.

She hates seeing her own billboards.

User hironoshimizu asked: "There was a massive picture of your on the side of my bus, and I was wondering - have you ever seen an advert with your face on it in public, and how did that make you feel?" "Super weird," Bell wrote. "I don't even like mirrors that much and a larger than life billboard makes me wanna puke."

She's not a diva.

"Is there anything quirky that you ask for when on a tv or movie set from kraft services or in your trailer?" asked user flamingogirl24. Bell appreciates the basics: "Nope. I'm just happy I get a trailer."

She's serious about keeping her mental health in check.

User mcissquared asked, "How do you deal with your mental health when you are so busy?" "Working out, checking in, self care," Bell wrote. Great advice!

She and Dax are OBSESSED with board games.

Sloshake asked, "Besides Settlers of Catan, what other board games are you playing?" "We are too obsessed with Catan to try anything else at the moment but I would like to try Pandemic or Ticket to Ride," she said. We're totally available for a game night with you and Dax. Call us!