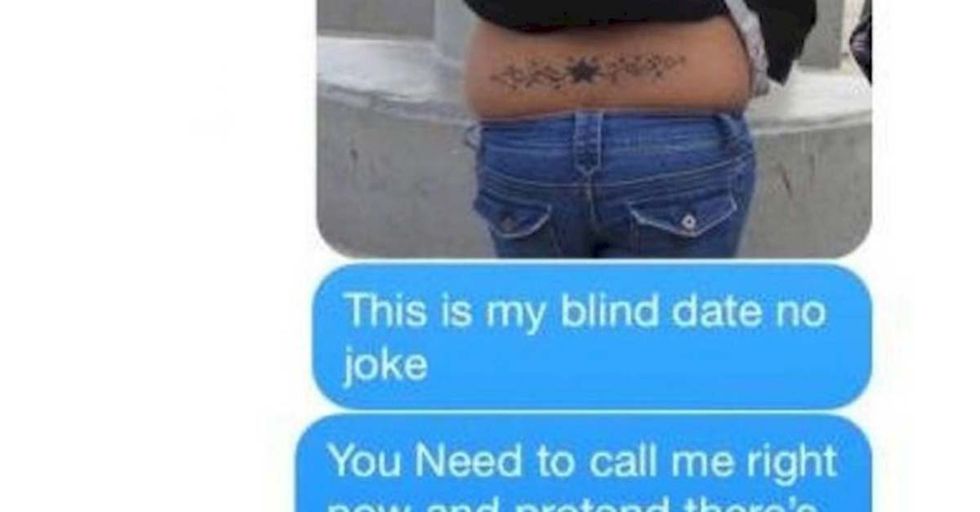 Everyone knows that first dates are awkward. Two strangers are meeting for the first time in the hopes of finding love.

Expectations can be way off, innocent mistakes can turn out to be humiliating, and sometimes... Well, sometimes people are just jerks. Take a look at the texts from first dates gone wrong and be glad you weren't involved in any of these awkward encounters.

All it takes is one Freudian slip (or autocorrect) to completely undo a pleasant evening.

Sometimes, a dude's fashion choices will end the date before it starts.

Maybe texting the wrong number can lead to some spirited conversation.

I would keep the parents out of it until at least the, I dunno, 12th date?

When you text someone you had a great time, make sure the number you text doesn't belong to an Apple store's display phone.

You can't blame her for wanting to think it was the hot guy.

This is less about the text and more about the guy that makes a date walk around when she's hungry, then doesn't buy her dinner.

Some people just aren't ready to get into the dating pool.

Sometimes doing something kinda tacky can pay off.

This shows just how different expectations can be. One of them was willing to do a second date to feel it out.

A barfbag of flowers would be cute and funny, btw.

Well, I think that guy might be single for a VERY long time.