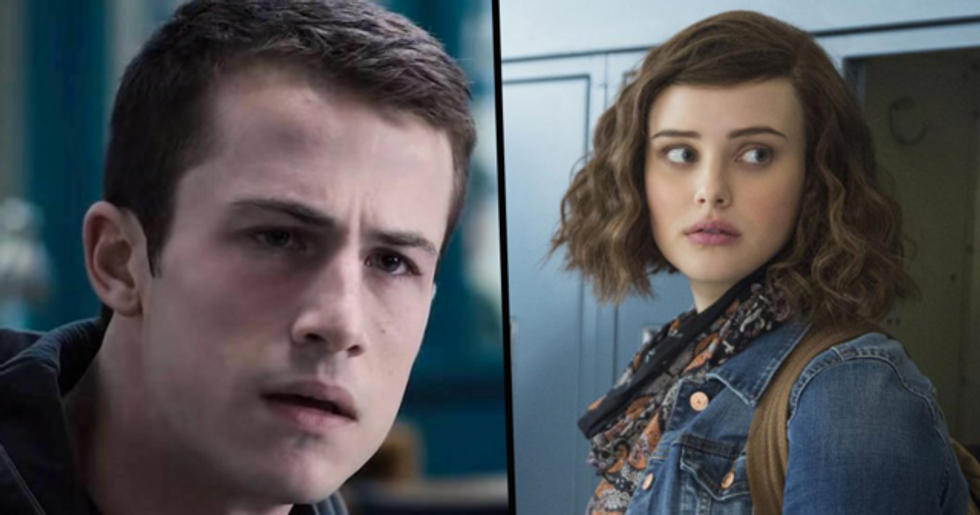 '13 Reasons Why' Final Season to Be Released on June 5th

It has been announced today that the final season of the hit, yet controversial TV series, 13 Reasons Why, is to be released next month, and people are seriously excited.

Keep scrolling for the full details on the highly-anticipated 4th and final season...

Three years on from it's release, 13 Reasons Why is still one of the most talked-about shows on Netflix.

The show, which revolved around high school student Hannah Baker and her death by suicide, detailed the factors that contributed to her decision to take her life, as well as the roles her peers played.

The show is based around the 13 reasons that lead Hannah to end her own life.

Just before her planned-out suicide, Hannah created 7 cassette tapes for her best friend, Clay Jensen, which details each individual reason that leads her to take her own life.

The show followed Clay's journey into discovering why Hannah did what she did.

As he listened to the tapes after her death, he learned that there was a side dedicated to each person to whom Hannah attributed her reasons for committing suicide.

The ridiculously graphic scene shows Hannah cutting her owns wrists and slowly bleeding out in the bathtub, just before her heartbroken parents stumble upon her lifeless body.

And understandably so. As well as graphically demonstrating an effective method of suicide to susceptible and vulnerable teens, the show never provided an alternative to suicide, causing many people to argue that it actually glamorizes depression and mental health issues.

This scene has since been removed from Netflix.

“We’ve heard from many young people that 13 Reasons Why encouraged them to start conversations about difficult issues like depression and suicide and get help—often for the first time," Netflix said in a part of their statement. “...So on the advice of medical experts... we’ve decided with creator Brian Yorkey and the producers to edit the scene in which Hannah takes her own life from season 1."

And the show's second season wasn't shy of any controversy either...

Series 2 continued on from the first season and showed how Hannah's friends and classmates attempted to deal with the aftermath of her suicide, as well as their own personal traumas caused by the incident.

Though, in classic 13 Reasons Why style...

The second season came under yet more fire for another highly controversial scene. In the show’s second season finale, three athletes brutally rape student photographer-outcast Tyler - who had become one of the show's main characters - by cornering him in the bathroom, beating him up, bending him over a toilet, and assaulting him with a mop handle.

The rape scene is even more brutal in context: Tyler had just returned to the school after receiving treatment for his social issues and violent tendencies and was seemingly on the road to recovery. And viewers were left both disgusted and heartbroken after the scene, which ended with Tyler laid weeping on the floor following the attack.

The shows creator defended the scene, however.

In a statement to Vulture, Brian Yorkey explained why he viewed the scene as a necessary development. “We’re committed on this show to telling truthful stories about things that young people go through in as unflinching a way as we can," Yorkey said. “We fully understand that that means some of the scenes in the show will be difficult to watch. I think Netflix has helped provide viewers with lots of resources for understanding that this may not be the show for everybody, and also resources for people who do watch it and are troubled and need help."

And some people did defend the scene...

By saying that the show showed the reality of rape and suicide amongst teenagers.

But not everybody bought it.

Many viewers argued that the graphicness of the rape scene was simply uncalled for, and that the producers could have portrayed the incident in a more subtle, less harmful way.

People thought the scenes were dramatized simply for the shock factor.

And some even argued that the show's creators were cashing in on the problematic topics of suicide and rape, rather than helping to raise awareness.

The second season was wrapped up with a shocking finale...

The palpable threat of a school shooting has hung over 13 Reasons Why since the season 1 finale when it was revealed that the troubled Tyler was hiding a massive cache of assault rifles, handguns, and ammunition in his bedroom. And season 2 shows Tyler arrive at the school ball, armed with his weapons, ready to commit a massacre in the school hall. Clay manages to talk Tyler out of the shooting, as the latter puts the gun down and accepts the fact he doesn’t need to commit a school shooting to work through his trauma.

After this finale, fans were undeniably eager for a third season...

And, over a year since the tense finale, season 3 finally graced our screens in August last year.

As for the main plot of the third season?

Who killed Bryce Walker? That’s right, Bryce is dead, and the full season was dedicated to finding out who did it.

The TV show had drastically pivoted from a dark suicide drama...

To a murder-mystery series.

There are a series of plot twists across the third season...

And each episode shows the progression in the investigation, with many main characters coming under the police's radar.

But the only thing we wanted to know was...

Well, luckily, we found out.

While the evidence mounted up with each episode looking at each character it turned out it wasn’t Clay who killed Bryce or Tony, Jess or Justin. Bryce’s killer was revealed to be Alex Standall.

But we still had a lot of unanswered questions.

Will Ani and Clay start dating? What will happen to Justin? Will Tyler face the consequences for his cache of guns? The list goes on.

And now, our minds can be put to rest.

We've known that the fourth season has been in the works for quite some time now... But an official release date has today been revealed. The show announced the news on Twitter with a cute clip showing the cast and crew in tears as they worked on the final episodes.

June 5th is the day we've all been waiting for.

The show announced the news on Twitter with a cute clip showing the cast and crew in tears as they worked on the final episodes.

The plot details surrounding the fourth season are fairly thin on the ground at the moment...

But what we do know is that the final season will show the group of teens preparing to graduate "but before they say goodbye, they'll have to keep a dangerous secret buried and face heartbreaking choices that could impact their future forever."

It sounds like we're in for another intense series.

And we couldn't be happier.  So remember - 5th June. Put it in your diaries! For more exciting Netflix news, keeps scrolling...