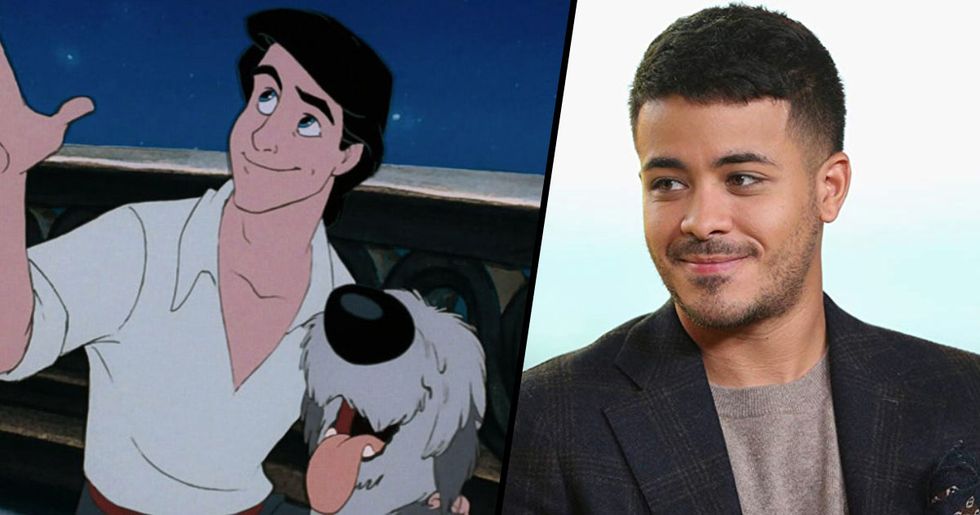 The last few years have been massive for Disney's live-action remakes. Just this year, we've seen live-action versions of Dumbo and Aladdin hitting screens, as well as The Lion King, which hit the box office this summer. But, it seems like the Hollywood studio is showing no signs of slowing down, with plans for a live-action remake of Mulan in the works and, of course, a live-action The Little Mermaid.

The first casting announcement was earlier this year, saw Halle Bailey cast as the leading role. And now, 13 Reasons Why star, Cristian Navarro, is reportedly in the piping line for bagging the role of Prince Eric.

Keep scrolling for all the details on the highly-anticipated upcoming movie, including why Halle Bailey's casting sparked controversy.

But Halle has recently had the biggest acting break of her career.

Disney made it official earlier this year.

It seems like the casting is a dream come true for Halle.

The message was very short and sweet, but we don't blame her for being a bit lost for words.

But, we still have a little while to wait to get to see the real version.

And now there's been some other news in relation to the casting in the movie.

Many people have been left wondering who will bag the role of Ariel's love interest, Prince Eric, and will star opposite Bailey in the movie.

Many people thought that Harry Styles was taking on the role, but the news amounted to nothing as the singer had reportedly declined the role.

But it looks like Christian Navarro may have bagged the role.

The actor, who stars as Tony in the hit Netflix series, 13 Reasons Why, recently hinted that he was interested in the role.

He tweeted this last month...

Fans have been rooting for him to land the role after he tweeted Disney expressing his interest in the role.

And he may be in luck.

Idk what happened to the other tweet. But! @disney saw this, saw your support, and gave my team a call. They wante… https://t.co/OXRVpMcJZb
— Christian Navarro (@Christian Navarro)1567542172.0

On Tuesday, the star tweeted that Disney actually saw his previous tweet and have given his team a call regarding the role. Having previously written of his hopes to play a Latino prince, the star said: "They wanted to see what I could do. Tapes sent. Fingers crossed. Let’s make some history." So, could he be Prince Eric? Stay tuned, because judging by the sound of his tweet, it's looking very likely. In the meantime, keep scrolling to check out the other movies Disney has in the works for the next decade. Spoiler alert: there's a lot.