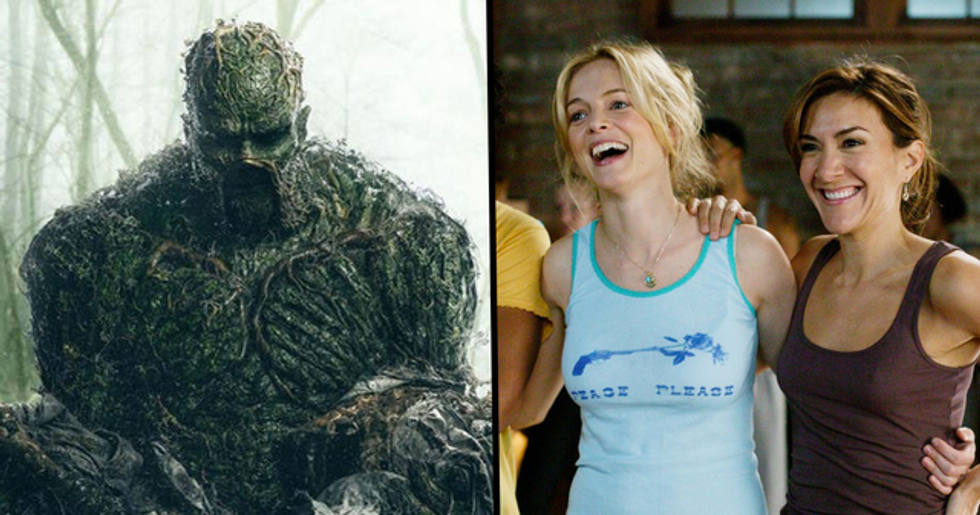 13 TV Shows That Were Canceled After Just One Episode

As most people who work in the industry will tell you, getting a television show from inception onto the screen is almost impossible. It's really a miracle that anything ever gets made at all when you consider the incredibly long process (and the unimaginable number of hurdles along the way).

But perhaps even more heartbreaking than the shows which never get off the ground are the ones that are over almost as soon as they begin. We're talking shows that make it onto TV for just one episode, before fading into obscurity forever. And there's a surprisingly high number of these ill-fated shows out there. We've got thirteen of the best examples for your scrolling pleasure right here.

Everyone loves to sit down and watch some good quality TV.

There's nothing quite as relaxing and enjoyable than chilling out and watching a new show. But few of us consider the steps that it takes to get to that point.

The journey from a TV show's inception to its airing is a long one.

And along the way, there are tons of pitfalls that a show can fall down. Which means that, in order to make it to your TV screen, that show you're watching has . already been through a lot.

Many shows never make it.

Which is pretty sad, when you think about it. But potentially even more upsetting? Those shows that just about make it to the screen - but only last for a single episode before disappearing forever.

The most recent show to fall victim?

DC show, Swamp Thing. The first episode aired on their streaming service on May 31st - but by the time the second episode was due to come out on June 6th, the show was canceled.

The show was based on DC Comic's character of the same name.

It starred Crystal Reed, Virginia Madsen, and Andy Bean - but was canceled after only one showing. The alleged reason? Budgeting issues.

But that's only the latest in a long line of one-episode shows.

Another (which many have forgotten) is Breaking Boston. The reality television show was produced by actor and Boston native, Mark Wahlberg.

It depicted the lives of four women trying to break out of their blue-collar lifestyles.

But after just one episode was released in March 2014, the show was pulled by the A&E network. They cited a disappointing underperformance, and nothing has been heard of the show since.

We all remember pioneering reality show, The Osbournes.

The show centered around the bizarre escapades of the Osbourne family and was a huge success. But its follow up? Well, sadly, it ended up on this list.

Oscbournes: Reloaded was set to show in 2015.

Rather than being straight up reality show, it featured skits and performances by the family. But it garnered terrible reviews and was pulled by Fox after just one episode.

Another show that mysteriously disappeared after only one airing?

You could be forgiven for totally forgetting that it ever existed at all - but in April 2008, CBS aired a short-lived reality talent show offering named Secret Talents Of The Stars.

It was axed after just a single showing.

One of the reasons that people point to is the way that the show handled the voting system. Fans complained that they only had a few minutes to vote in the commercial breaks - and some were totally excluded from the process based on time zone!

Quarterlife was another show to suffer this unlucky fate.

It started as a web series on MySpace - which dates it somewhat. On MySpace, it was a huge hit, but once it was acquired by NBC in 2008, things went badly wrong.

Well, essentially, because nobody watched it. In fact, it reportedly won the dubious honor of being the least watched show in its primetime slot in seventeen years.

You may be forgiven for thinking that reality vehicles were a sure fire way for celebrities to up their profile.

But the success of the Kardashians is surprisingly difficult to replicate - and no one felt this more than David Hasselhoff.

Eight episodes were filmed following the Baywatch star in his daily life.

But after less than a million people tuned in to the first episode, it was pulled by A&E just a few days later.

Some shows that are canceled are twists on popular programs.

The makers of hit game show, The Weakest Link, tried for another game show success with an option called The Rich List.

It even had a celebrity host.

The UK's beloved Eamonn Holmes presented the first episode, but the show didn't take off. Many blame the confusing and difficult-to-understand structure for the show's cancellation.

Heather Graham also fell victim to a show canceled after just one episode.

Emily's Reasons Why Not, based on a book of the same name, premiered in 2006 - but it didn't last.

There were a few reasons for its lack of popularity.

One was its unfavorable comparison to the similar (but infinitely more popular), Sex & The City. But some viewers also took issue with its stereotypical portrayal of gay characters.

But there are some shows wherein the cancellation seems to make perfect sense.

One of these comes from makers of the incredibly popular reality show, The Bachelor. Except this show was a little different - it was called The Will.

The participants in the show were each trying to convince a wealthy "benefactor" to leave them his Kansas ranch in his will. Even we can understand why this strange show was canceled.

There are a few shows on this list that sound a little ill-advised.

Beware Of The Dog was Animal Planet's first venture into the sitcom world - and it seems it that was as dodgy as it sounds.

The premise was that the drama of one family was told through the perspective of a dog.

But it garnered some very poor reviews after its first two episodes aired back to back - and then it vanished, never to be seen again.

Another show canceled due to poor reception?

Anchorwoman, a reality slash mockumentary show, placed Price is Right model, Lauren James, on her journey towards being a news anchor in a small Texas town.

But there were a few problems.

The format of the show seemed forced and deeply unfunny. But even worse than that, it appeared to mock the very real industry of local news - which led to its immediate cancellation after the premiere.

Some shows have less clear reasons for being canceled.

2008's The Bussey Bunch followed a family of professional wrestling promoters - and, judging by the first episode, it was actually fairly entertaining.

But, for some reason, it couldn't get the viewership.

After poor ratings on its premiere night, it vanished from The Learning Channel, never to be seen again.

Which brings us to our last item on the list.

The XTacles was an Adult Swim cartoon comedy and a spin-off of popular show, Frisky Dingo - but it wasn't built to last.

After its premiere, it never aired again.

Adult Swim pulled funding from the show almost immediately, and the studio behind the animation eventually shut down just a year later.

Although these shows are easily forgotten, it's worth noticing what happens to TV shows that never really take off. We just wonder if there are any more examples that we may have left off of the list.