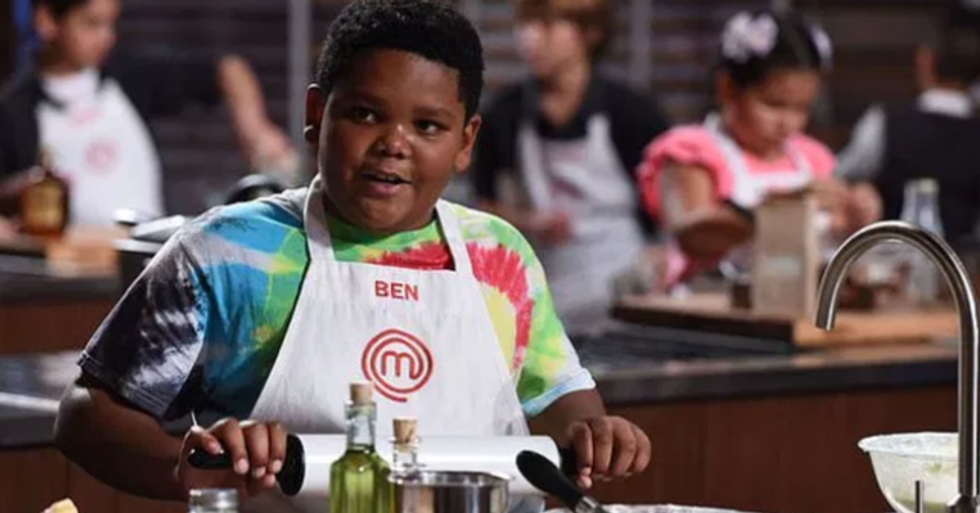 Today, it was announced that the thirteen-year-old MasterChef Junior star was diagnosed with an incredibly rare form of cancer.

Because, out of all the illnesses in the world, cancer is by far one of the most deadly.

These numbers are simply heartbreaking.

Medical researchers have been working hard for decades to find a cure for the illness and, so far, they have had no luck.

So, for now, we continue to hear more devastating cases of the disease...

And, more often than not, they involve children.

Now, this brings us back to the case of Ben Watkins.

Ben Watkins gained viral fame when he starred in the sixth season of MasterChef Junior, at the age of eleven-years-old.

Ben, from Gary, Indiana, was an exceptionally talented cook for a boy so young...

And, after impressing the panel of celebrity judges comprised of Gordon Ramsay, Christina Tosi, and Aarón Sanchez, he eventually made it to the top eighteen.

But, sadly, Ben had a harrowing past.

In September 2017, his father, Michael Watkins, forty-six, shot and killed Ben’s mother Leila, forty-three, before taking his own life in their home, according to the Chicago Tribune.

The tragedy occurred while Ben was filming for MasterChef Junior...

And his grandmother and uncle now serve as his legal guardians.

However, 3 years on from the devastating incident...

Ben has now received some damning news about his own health.

AFH is a rare soft tissue tumor that mostly occurs in children and young adults.

This type of cancer is that rare...

That Ben is "one of only 6 people in the entire world" to have it, his grandmother revealed in their announcement.

But these tumors are usually treated with surgical excision and possible follow-up chemotherapy.

Ben's family has confirmed that he has started chemotherapy at Lurie Children’s Hospital of Chicago...

And they have also launched a GoFundMe page to help cover his medical costs and education fees for the future.

The description on the page reads:

"Ben is an aspiring chef and opened Big Ben's Bodacious BBQ and Delicatessen in the Miller Community of Gary, Indiana with his late parents, Leila Edwards and Mike Watkins... Despite all of Ben’s trials and tribulations, he remains positive and looks forward to getting back in the kitchen and pursuing his dream to become an Engineer."

They explained that, despite his diagnosis, Ben is remaining positive.

"Members of the community have joined together to see that the life challenges that Ben has gone through does not derail him from reaching his full potential and fulfilling his dreams."

They don't want his illness to stall his dreams.

"We want Ben to be able to continue his education in the culinary arts and/or Engineering wherever he wants to in the world. On behalf of Grandma Donna and Uncle Anthony, thank you for your #Love4Ben!"

If you would like to donate, you can do so here.

We wish Ben a speedy recovery.

Let's hope he's back in the kitchen very soon. For more on the devastating reality of cancer, keep scrolling to read about the TV reporter who was alerted to her own tumor by an eagle-eyed viewer...