14 Bizarre Pics That Will Just Have You Asking 'WTF?' and Shaking Your Head | 22 Words 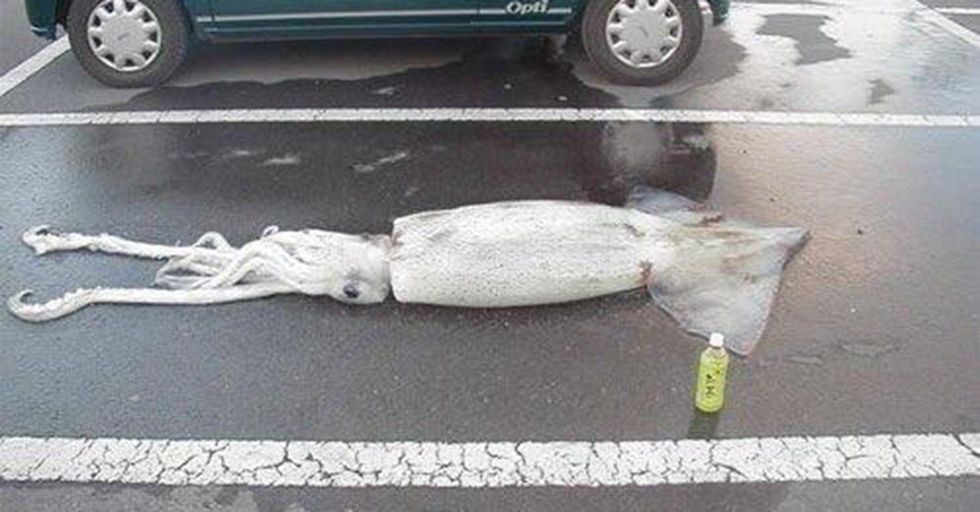 14 Bizarre Pics That Will Just Have You Asking 'WTF?' and Shaking Your Head

Humans are capable of some pretty nutty stuff, but more often than not, that weirdness if confined to their own homes or another private place. But when that odd behavior finds its way outside, you can't blame someone for taking a picture of it and sharing it with the world.

Even though you weren't there to witness these acts firsthand, you'll still be able to enjoy them on a truly bizarre level.

Just a guy doing some housekeeping.

On a road. Vacuuming snow with a cordless vac, one small strip at a time. He's in for a long day. He must really love dry streets.

If Mario Kart was real, I'm sure someone would be scooting by to capture this thing and end up growing or getting stronger, or...something.

This pic looks normal...until you scroll.

Church in a desert? Nope. Church sitting atop a very large tank. Why? If you're asking "Why?" you're going to be pretty frustrated with the pictures to come, so let it go!

When you can't even afford two-ply window dressing.

I guess it's a start, but you'd want to get some more overlap going if you really were in search of privacy here. Or, you know "shades."

When the gravity stops working, you'll still be good.

I can't imagine what the handyman was thinking when he installed this thing. I guess common sense just entirely left his body for no reason.

What a clever way to repurpose chocolate bunnies!

I mean, you can only send them to places that recognize that skinny version of Santa, but that's still a pretty big market. This one...I get.

Whoa. There's a story here, and I don't want to know what it is.

Ok. I kind of want to know what it is. Is this the bird's idea or the homeowner's? Either way, they're not ashamed of what they like, which is inspiring.

I don't know what he did to antagonize those giant men, but that's not my first thought.

My first thought was to wonder where they got these insanely giant trench coats to dress those guys. Oh, and I guess I don't want them to kill and eat the dude in the suit. That would be...bad.

It's either gross, funny, or, most likely, both. Did some agile janitor just find an exciting way to unclog toilets? I'd like to see this solution in action!

As long as that squid isn't occupying a handicap spot, I don't see an issue.

To be fair, that squid seems like it's seen better days, so maybe it would be right at home in a handicap spot. Though I don't see a placard anywhere...

What a pleasant surprise! A pleasant, horrifying, mind-blowingly random surprise. Is there a giant body following this or are they just in need of a big creepy head?

Sometimes, you have to show off your latte art when you're in a big gross field.

The skills are impressive, though. If this person can swing such designs in a dirt hole, imagine what they could do in a standard mug.

I think I know what's going on here, but still!

That kid is on top of the world, only the world is Dad's shoulders, and the view consists of little more than the landscape of the men's room.

All dressed up but no place to go.

Think about the work that must have gone into creating this. It couldn't have been easy, so there must have been a reason, but like so many of these other photos, it's really hard to figure out what that purpose could possibly be.