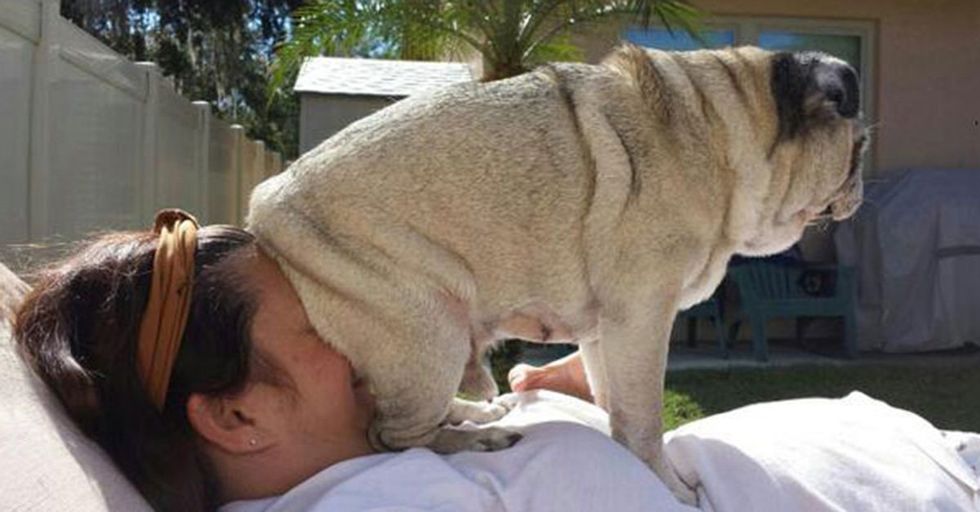 We all have heard the saying that dogs are man's best friend.

For the most part, we can agree. But every so often, that friendship gets tested by, well, the stuff you're about to see in these pics. Sure, they can be your best friend, but when your best friend crosses you, it always stings a little more than if a stranger had done it.

Sure, they may look innocent, but these guys, especially when they're traveling in packs, can be at ruthless as mobsters. (But they're always WAY cuter.)

..."the dog ate my homework?" Believe it or not, that happens sometimes. But no one's going to believe you, so prepare for the worst even if you're telling the truth.

Hanging out in unsavory places.

Sure, their intentions are good, but they don't know any better, so don't be surprised to find your furry friends kicking it in odd places like, say, your toilet. By the way, clean your toilet if they do this.

When dogs get bored...

It's ultimately YOU that pays the price, not them. Because they WILL make a mess if they're left with nothing better to do. So would you rather spend time playing with your pup or cleaning up after it?

I don't know if this dog is trapped in a hot car and exacting punishment—in which case, good for it— or if it's just being a jerk. Either way, I guess it's better to hit the dashboard than the leather or fabric seats, right?

It's not just humans who become targets.

As you'll see in this pic and others, they'll go after other house pets like dogs and cats as well. Maybe even more exotic animals if you have them.

...by doing something like this. Cleaning up dog whiz is bad enough. Buying a new computer might ruin a friendship between dog and human.

The joke's really on the dog, though, because we all know that most indoor cats have VERY little interest in going outside. Though it's not obvious, I think that's the cat's way of gloating, too.

They may wear an innocent, playful, look on their face...

...but that just helps them get away with even more transgressions. I mean, who would want to punish a pup that looks like that? Except for the dog directly underneath it?

...that this dog doesn't know EXACTLY what it's doing? I think it knows. The better question is why the cat's sitting around and taking it. Maybe the kitty owes it a favor or something?

...what the heck is that guy doing in the first place? The dog isn't the one I'm worrying about here. It's the owner. The dog looks rightfully concerned as well.

Put the cat in the basket...

...at all costs. See, dogs aren't always angels, but we love them nonetheless. Well, except for that earlier one peeing on a keyboard. I would have to sit down for an unpleasant convo with that pup.