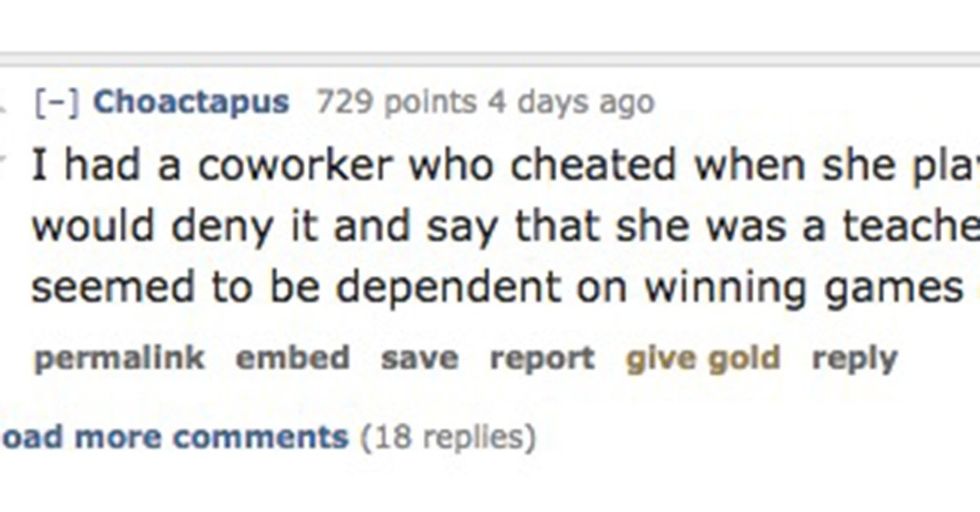 14 Times the Tiniest Amount of Power Went To People's Heads

Most people don't have a lot of power in their day-to-day jobs, and that's ok. Most people don't need it. But some people take the smallest excuse to boss people around and use it to boost themselves up.

You probably already know what we're talking about, but in case you don't...take a look.

I would probably freak out if this happened to me.

You can break the rules if there are no consequences. Like skipping the "line" at an empty airport.

I don't know if everyone would consider this "power," but...yuck.

How fragile is your ego that you need it boosted by beating toddlers in games?

Then there are some people who clearly don't get that 10,000 Instagram followers doesn't make you important...at all.

I'm sure that security guard really cared about this dude's social media following.

I guess that protecting this pizza gave him a sense of purpose. Kinda sad, isn't it?

We all know the suck-up who brownnoses his way to power.

Then uses that power to punish people who threaten him. It's the whole "hall monitor" scenario.

Forcing a kid to make a Father's Day card for his dead dad. Nice.

This teacher really earned her money that day. What a terrible story.

The story encapsulates the problem in a nutshell.

"Oh, you can RECOMMEND I get fired? Terrifying!"

Volunteer moms may mean well, but they sure do get nosy.

"Children" can't be trusted to add up $.25 and $.50 increments. I would say her grievance is more with the public school system.

Oh, wow. Talk about following the letter of the law!

Having to shave in between double shifts? With no shaving cream? Wonderful.

When you don't hate your punishment enough...

I'm guessing this person was able to dig up some tears on the second day.

Nobody knows why this kid is in trouble!

I worry for the students of this school. This sounds like a very bad scenario for all involved.

This person decided that a pet rabbit would escape and kill them all.

It's a miracle they survived the flight! (Not really.)

This guy just called himself a supervisor.

That's just sad. This guy didn't even have a tiny amount of power to abuse, so he made it up.

I wouldn't want to work for him, but you have to admire the ruthless sensibility he's developed at such a young age!