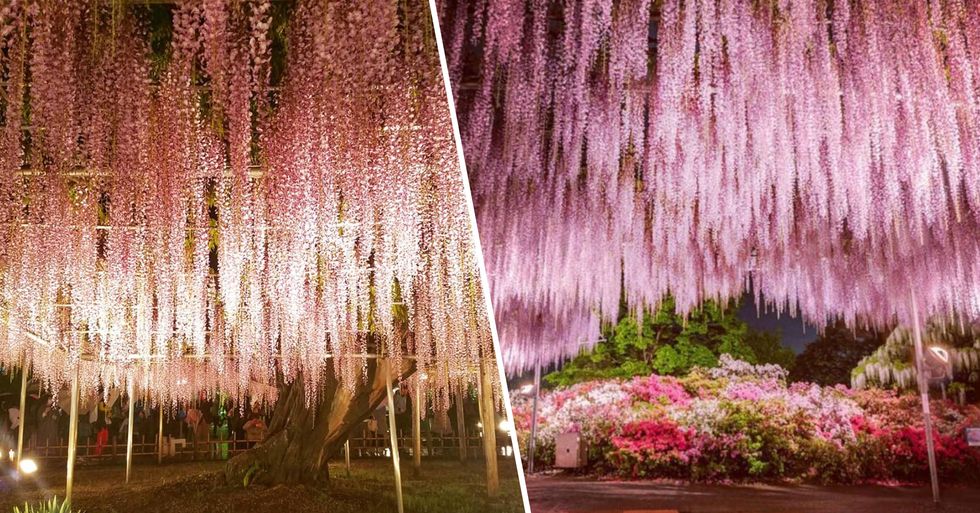 144-Year-Old Wisteria in Japan Looks Like a Pink Sky

The wonder that is planet earth should be celebrated - and one magical way to do so is through photography. But the latest stunning natural images to go viral might just be the most beautiful yet.

This plant, located in Ashikaga Flower Park in Japan, has captured the internet's attention this week.

It spans over half an acre.

And it is the oldest wisteria in Japan.

The huge vine is held up by steel supports.

Which gives it a very whimsical vibe.

We want to go stand under this pink sky!

Want more fantastic photography? Scroll on for the most powerful images of the past decade - including some adorable hugging penguins.