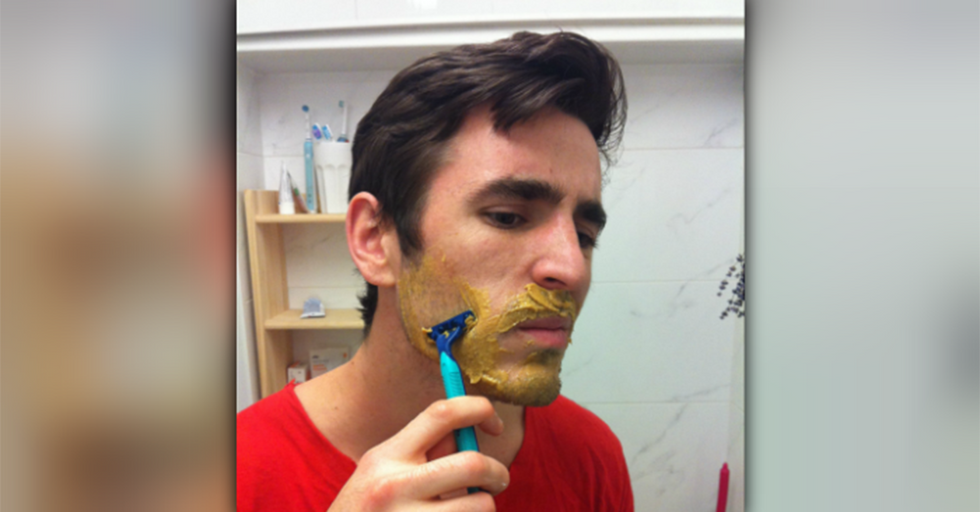 15 Everyday Uses For Peanut Butter That You Never Knew Existed

It's a safe bet that peanut butter, as popular and useful as it as food-wise, is in almost every house.

In addition to the obvious intended use as a snack, peanut butter's got an oily, versatile property that makes it incredibly useful in a number of different ways around the house. See how with the tips below!

Mix scented oil with peanut butter and simply rub it onto the affected area to restore it to its previous glory.

Remove bugs, tar, and dirt from your windshield by simply using a cloth to rub the afflicted area. Rinse it after you're done to remove streaks.

Eliminate Fish Odors in the Kitchen

via: All Mom Does

Simply rub the peanut butter on the scratch and let it sit for a few minutes. It will fill in the scratches and even fix skipping.

Eat a spoonful of peanut butter slowly. It sounds funny, but the chewing and smacking will disrupt your breathing to help rid you of hiccups.

Yup! As weird as this pic looks, it's real. Just use a spoonful of the stuff as you would conditioner to nurse your damaged hair back to health.

Rub peanut butter on the sticky residue and the grease will help lift the stuff off cleanly.

Once again, just rub the affected area and the squeaks will disappear. Easy enough, right?

You can't use wax on black parts of your car, but peanut butter will remove scratches and brighten the finish on those areas better than anything else.

Use It As Bait When You're Fishing!

This may not be a "household" use, but it's a clever trick nonetheless. Just smear it on a hook. It's oily enough to stick even in the water.

Use It to Feed Medicine to Your Dog

Dogs hate pills, but if you cover them in peanut butter, your pup will wolf them down without even knowing they're taking medicine!

This is a widely known use, but just in case you didn't know...rub it on hair to get the gunk out!

Remove Gum from Carpets, Too

The same way you would from hair! Oily peanut butter is your best defense against gum.

Use It to Shave!

Yup! Use it just as you would shaving cream, but know that a little goes a long way.

Just smear the stuff on damaged wood flooring a table and let it rest overnight. Wipe the residual stuff away with a warm wet towel and marvel at the improved look of your furniture or floor!
From Your Site Articles