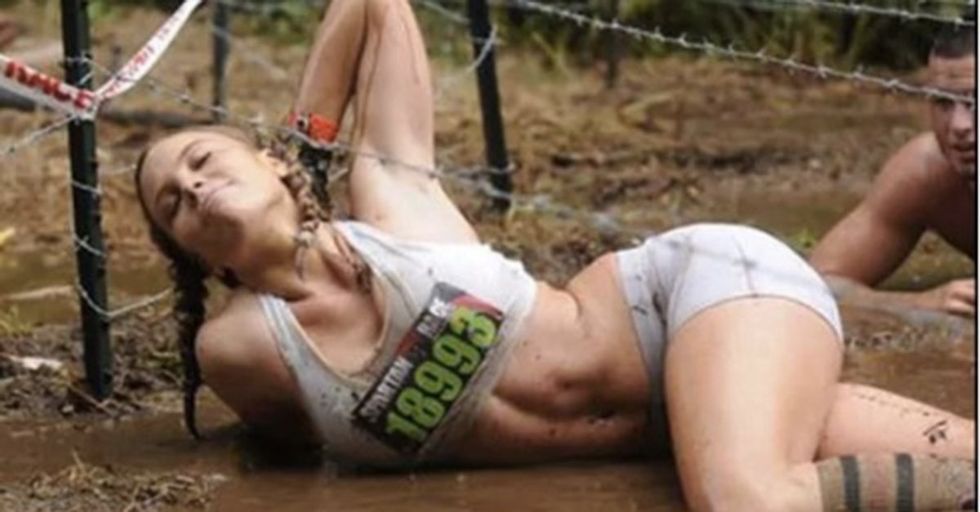 Some people just look good in front of the camera.

It doesn't matter if they're posing naturally or in the middle of some very tricky situations, like the ones below.

One of the things with people this good looking and photogenic is that you can never tell if they're posing or not.

I bet you could Photoshop out the eagle and the glove and this would make an excellent advertisement for watches.

This just adds insult to injury for the guy getting pinned by the dude who's smiling for the cameras.

..is she posing during a mud run, or is this just the aura she projects around herself all the time?

Even if you're racing through flaming obstacles, don't ever stop having a good time.

via: The Meta Picture

...but I'm not sure her form is such that she's a great hurdler. Or maybe she's just THAT good!

Love in the good times AND the bad ones.

This actually seems like a very good time to get a kiss. They might not be around each other for a while.

It's pretty clear this guy has a job doing what he loves.

He looks sultry and bored. He made a lot of fans with this pic, no doubt.

Running a race? No problem. This guy's all smiles.

He got so famous from this pic that he ended up on talk shows. It's not hard to see why.

This guy, even during a steep, wet drop, still has a take charge look about him. The girl seems to be digging it.

Points to the photographer...

For capturing a photogenic subject in what must have been a very tough shot.

He's happy to be there!

via: Lot of Laughs

Now someone clean all that stuff off of him. Gross.

...she's happy in spite of the water headed her way, or because she's not aware of it. Either way...good look.