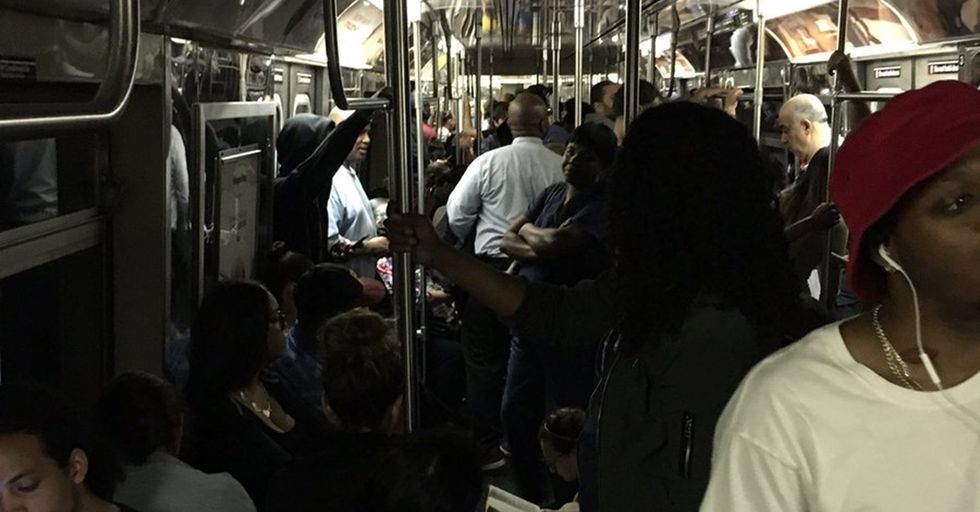 While normally the conditions and closures of the New York City subway system are only the topics of conversation for locals, things have gotten really bad really fast for commuters in all five boroughs. Things are terrible and clearly getting worse.

Power outages and delays are causing the city to shut down slowly, and residents are suffering in ways you'll be shocked to learn.

If you can imagine a stuck subway car, you're only getting started.

Now think of one with no A/C, crowded during rush hour...in summer.

Inconveniences are one thing.

But the failing quality of the cars and tracks are leading to more and more issues causing injury. How many more have to get hurt before drastic steps are taken?

The commutes are becoming more and more uncertain.

Delays and outages are affecting workers, parents, and employers equally.

I mean, the last thing you want from a commute is for your train to look like this.

It's not a horror movie campout...it's a ride home!

People are taking some very reckless actions to escape the hellish conditions.

I guess that's the power of claustrophobia!

An hour and a half of standing in the dark?

While people suffer panic attacks around you? That sounds like...a bad time.

...but how many people want to be called brave on their ride to or from work?

The steam. The cries for help. The stuck door. This is not how New Yorkers should be treated by their city.

This one can be presented without commentary.

It doesn't bode well for the condition of the stuff you can't see.

But aren't something you want to see on a train.

Not sure why garbage cans are gone.

But this isn't a good look for a public area in any city.

Ironically, this is the best possible way a brake failure could be detected.

Most ways have a lot more carnage involved.

No one helped this stuck woman.

This is more a function of the people than the infrastructure, but...still.

Maybe the city is just re-allocating the funds to "entertainment" like this.

Imagine being stuck there without knowing when you'll get on a train.

The stress of jockeying for position is just too much to even imagine! Now think about doing it every day. *head explodes*