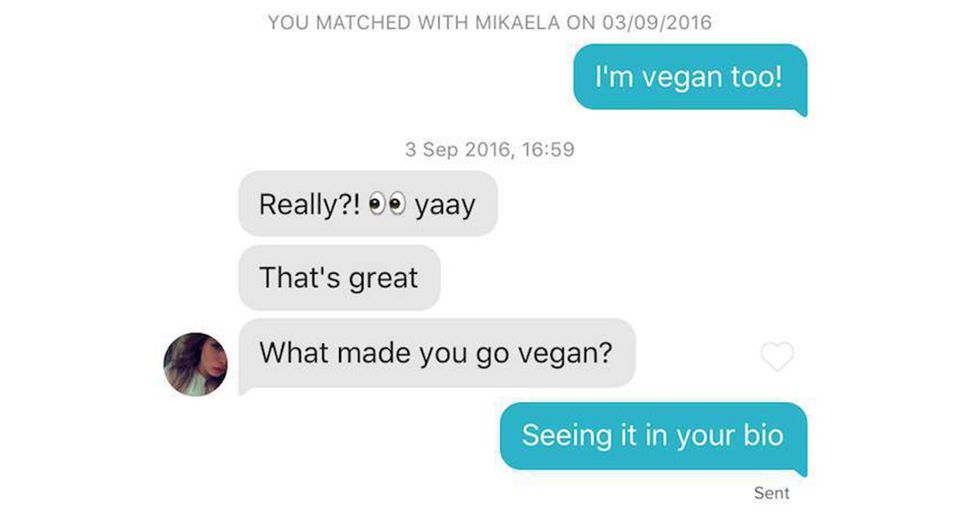 Just like meeting people in the real world, breaking the ice with strangers on dating apps can be tricky business.

You want to be funny and memorable, but if you try too hard, you'll seem desperate. If the joke doesn't land, you'll seem unfunny and weird. Well, that sure didn't both these Tinder users who dropped first lines that are desperate, unfunny, and weird all at once. Ok. To be honest, some of them are pretty funny, but only because we didn't have to respond to them.

This guy has some pretty strict Tinder rules, doesn't he?

That was ALMOST clever.

That girl's pretty forward. And possibly a murderer.

Maybe he should shake it up and go with "Whoopsie Daisy."

Ball's in your court, lady.

It was love at first text.

She has to give him a chance now, right? Rudeabaga is gold.

Olivia knows what she likes.

Maybe a little desperate there, pal.

This one's not a conversation, but I'm certain it's sparked a few.