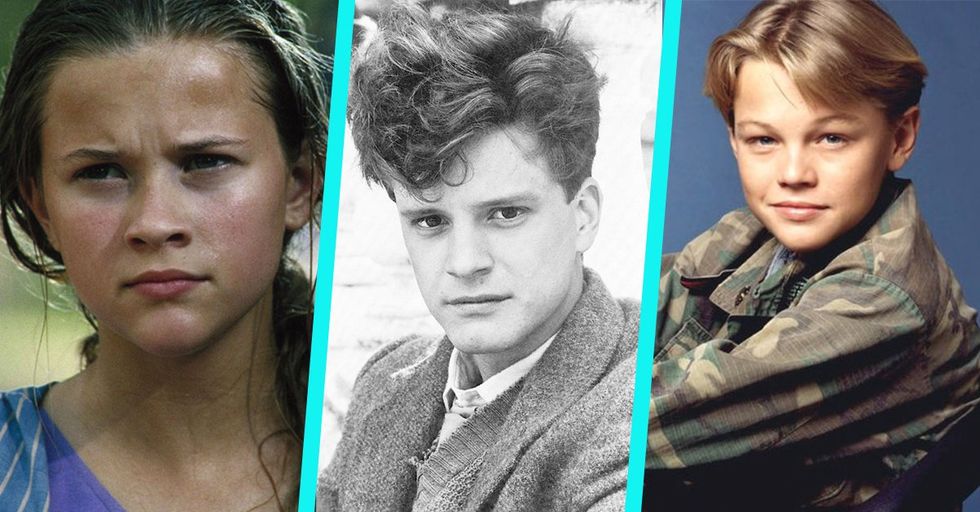 Celebrities: we know them, we love them, we are way too obsessed with them. But before they were the hotties that we follow on social media like our lives depend on it, they were just actors taking any role to pay the bills! And let me tell you, they took some bonkers roles. It's also insane how many actors have been in the game since they were wee little thespians.

Here are 15 super famous celebs in their very first roles.

What a little baby frog! Before he was the "Boy Who Lived," Radcliffe played Young David Copperfield.

Paul played "Chad" in one episode of the hit TV show. Who knew he'd become one of television's biggest stars from Breaking Bad?

Joseph Gordon-Levitt in Stranger On My Land (1988)

Ummm, not sure that I can recover from seeing a baby JGL in giant glasses playing a character called "Rounder." It's so cute that absolutely nothing can surpass it.

Gyllenhaal played Billy Crystal's son in the early '90s flick. He played little Danny Robbins and was just the cutest thing ever.

Wood's character didn't even have a name. He was credited as "Video Game Boy" in the second installment of the Back to the Future franchise. Keep reading for more stars and their early roles...

McConaughey appeared in an episode of the TV show, where he proceeded to mow a lawn shirtless and then get murdered. YIKES. We're glad that even though he played someone who was killed, his career continued to flourish.

It's hard to imagine a time when Ryan Gosling wasn't...well, Ryan Gosling. But long before he was singing with Emma Stone or being a badass in Blade Runner, he was on Nickelodeon's most terrifying show.

J.Law played "mascot" in an episode of Monk and it honestly makes me love her more. She had one line and was dressed in a ridiculous costume.

Will Smith played the Fresh Prince on an episode of Blossom and it's the crossover we didn't know we needed. Both of their hat games are very strong.

Reese Witherspoon in The Man In The Moon (1991)

If you haven't seen this movie, I can't suggest it enough. It's Witherspoon's first role and she's absolutely spectacular in it. Who doesn't love a good coming-of-age story? The next celeb and their early role is truly hilarious.

Andrew Garfield plays such a lovable dope in this teen drama/comedy from England. Even in an early role, he's such a dang gem.

Leonardo DiCaprio in The New Lassie (1989)

LEO!!! We all know his early role on Growing Pains, but very few know him from 1989's The New Lassie. Seriously, who watched this? Doesn't matter, look how precious Leo is.

Colin Firth in Another Country (1984)

Oh my. Ummm, I really have nothing else to say. Colin Firth has always been a babe. He's a babe now, and he was a babe in 1984. May we all absorb some of his babe power.

He's an Oscar nominee, but before that he was just a teen on Skins. Even though his career has grown, his smile has remained as sweet as ever.

Emma Stone won her first Academy Award for singing and dancing alongside Ryan Gosling in La La Land, but before that she was on a VH1 singing competition. Some people are just destined for stardom.