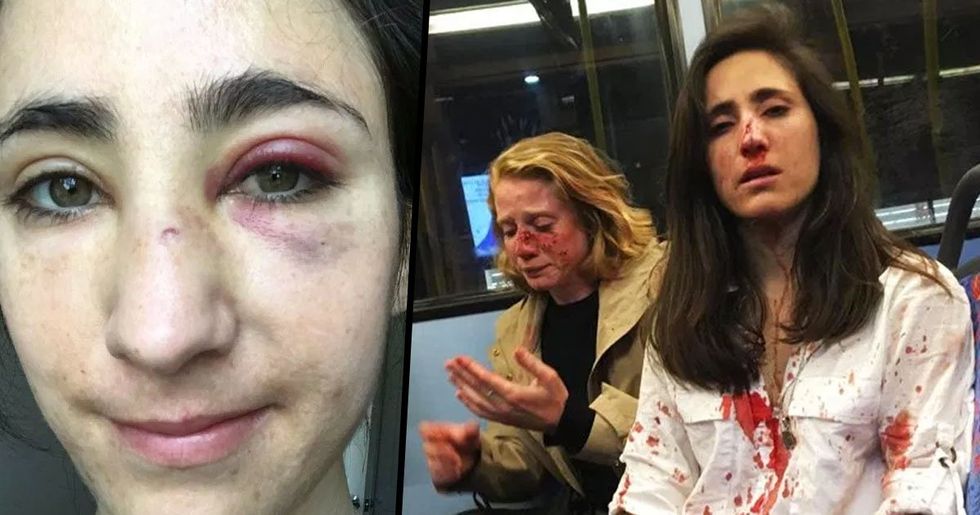 15 Things Straight People Had No Idea Gay People Can't Do

I can't seem to fathom how, in such a progressive society, there are people out there who physically and verbally attack other people based on their sexuality. First of all, it's none of your business how someone wishes to identify themselves. They still deserve to be treated with dignity and respect. Second all, well, refer to the first point. If you can't understand that, then you are part of the growing problem of hatred aimed at the LGBTQ+ community.

In 2019, there is no room for hate crime, but some people haven't received the memo yet. This is not just a political issue, for some people, this has become a matter of life or death.

In light of the news that Boston may soon be home to a Straight Pride Parade, we think that it's important to note the things that straight people think that gay and transgender people can't do. The LGBTQ+ community have long been victims of horrible hate crime; we celebrate Pride this month to remind that community that they are accepted and loved. We celebrate Pride this month because that community is discriminated against every day and it's wrong. No straight person has suffered discrimination as a direct consequence of their sexuality and, here, we have examples of the abuse that gay people receive for doing very ordinary things.

1. Hold hands in the street.

Earlier this year, the police in London were after a group of men who attacked a gay couple for "holding hands".

This is a still from the CCTV footage that was released of the attackers.

The couple were walking on the Southbank, which is a popular tourist spot near the River Thames, when these three men along with one more, and attacked them. It was reported that both victims, aged twenty-eight and thirty-one, suffered horrific facial injuries and bruising. This attack was one of the thousands that take place in London every single year.

Recently, it was reported that a group of teenagers attacked a lesbian couple who were on a double-decker bus in London.

This is the couple that were left bloodied after the awful attack.

Melania and her girlfriend, Chris, were approached by a group of teenage boys, who asked them to kiss and proceeded to make sexual comments towards them. And when they wouldn't comply with their requests, they were violently attacked and were left with black eyes. And just when you thought that it couldn't get any worse, the boys robbed the victims while they bled before running off the bus. Thankfully, they have been caught and an investigation into the assault is underway.

The Orlando shooting that took place in 2016 saw the death of forty-nine people who were on a night out in a gay nightclub.

In addition to the forty-nine deaths that occurred as a result of this shooting, fifty other people were said to be injured.

Gunfire erupted at around 2 am during "Latin Night" at Pulse nightclub. At the time, law enforcers were also criticized for their lack of efficiency during the ordeal, but reports showed that there were no casualties as a result of gunfire from the police.

A man from Detriot has been charged with three counts of homicide for the murder of three members of the LGBTQ+ community.

This is the murderer, Devon Robinson.

He's only nineteen and he directly targeted members of the LGBTQ+ community. What really adds salt to the wound is that this horrific attack took place during the first week of Pride Month this year. Disgusting.

The Trump administration has announced plans to scrap regulations that aim to help the LGBTQ+ community to receive fair and proper treatment in regards to healthcare.

Protests have taken place against the unfair treatment of the community.

People are worried that gay and transgender patients are being denied life-saving medical care. This is a serious issue. These changes that some people consider small, pave the way for bigger and more impactful laws to be passed that allow for further discrimination of the LGBTQ+ community.

A man was attacked and strangled in a southeast London park in a homophobic attack.

The victim was left with serious injuries after having his face smashed into the sidewalk multiple times.

His phone, wallet, and car were all stolen in this awful attack. He was left unconscious after the beating.

A man, who was given a kiss on the cheek by another man that he met on a night out, was brutally attacked in a chicken shop in Bristol, England.

He was left with a nasty black eye.

After he and his friend were punched multiple times, the attackers left the shop. He then urged people who saw the incident to give information to the police so they could be brought to justice.

via: The New Orleans Advocate

A seventy-nine-year-old man was arrested in New Orleans for calling a gay neighbor a "f****t" before proceeding to punch him in the face.

This is Richard Benton, the homophobic attacker.

via: The New Orleans Advocate

Benton pleaded guilty to the assault for a reduced title on his criminal record, which would remove the hate crime aspect of the incident. It's wrong that a man can attack another based on his sexuality alone, and receives perks for admitting to it. Sorry, but we're calling it for what it is. It's a hate crime and it's wrong. End of.

9. Use an app made for gay people.

The sadistic killer appealed against his convictions, despite being convicted for the murders.

The forty-six-year-old has been sentenced to life in prison for all of his charges, which included a further seven counts of sexual offenses against seven living victims as well as the four other men. He met his victims using the app and drugged them in order to satisfy his sadistic desires. It must be noted that a full investigation was only launched after the family of one of the victims pleaded the police to re-examine all the evidence linked to the previous deaths.

via: Indy100 via The Independent

Kendall Anderson and his boyfriend, Peder Sevig, were reportedly asked to leave Big Boy Gyros, a restaurant in Chicago, after they were "caught" hugging.

And, apparently, they even heard an employee mutter, "we can’t have two guys hugging in here".

via: Indy100 via The Independent

I can't see anything wrong with it, but as they were leaving, apparently, they heard someone else say: "We don’t want your kind here, anyway". It is not known whether or not this man was an employee at the restaurant, but it's shameful nonetheless.

The military has always been inclusive, in some respects, more so than the rest of society. No matter your race, gender or sexuality, it is supposed to be a place wherein everyone is equal, working towards a common goal. It's a hard enough job without all of these extra societal battles, but it seems as if the Trump administration is only planning to make it harder for the LGBTQ+ community.

Protests have taken place against the new law.

By undoing Obama's law that allowed transgender people to join the military, Trump has single-handedly reversed almost seventy years of progress. He must be a proud man.

A gay couple had a cup of hot coffee thrown over them after asking a woman on the London Tube to move her bag from a seat so they could sit down.

Reports claim that, instead of just moving the bag, the woman started spitting out homophobic abuse.

She then proceeded to attack the couple, punching them repeatedly. One of them was left with a bust lip and minor injuries to the arm - all because they wanted to sit down during their morning commute.

A former executive member of Goldman Sach is involved in a legal battle with the company over allegations of discrimination in the workplace.

William Littleton, who was once a top member at the firm, was fired after he reported his colleagues for harassing him for being "gay".

According to ABC News, in a section of the lawsuit, Littleton claimed that he was purposefully kept off a client call because he sounded "too gay". He also claimed that others in a similar job position to him at the firm earned more than he did for doing the same job, though the amount was not specified.

Hate crime statistics are rising every year and almost sixteen percent of these attacks are aimed at members of the LGBTQ+ community.

And those are only the ones that are reported.

Studies have shown that individuals that identify as gay or transgender are less likely to report hate crime due to the lack of protection from the law. Imagine living your life in constant fear and, when something bad does happen to you, you couln't report it because no one in power takes the incidents seriously.

15. Live anywhere else in the world.

So it seems as if members of the LGBTQ+ community can't exist anywhere without facing harassment, anti-gay protests, and generally being discriminated against as a consequence of a crucial part of their identity.

This list includes countries such as Russia, Iran, Japan, and Tanzania...

These are just the countries in which there are laws that punish gay and transgender people for basically existing - it doesn't include the ones wherein hate crime levels are constant on the rise. Life is hard enough and here we are making it harder for others. If only our compassion outweighed our need to be cruel, the world would be a much happier and peaceful place.