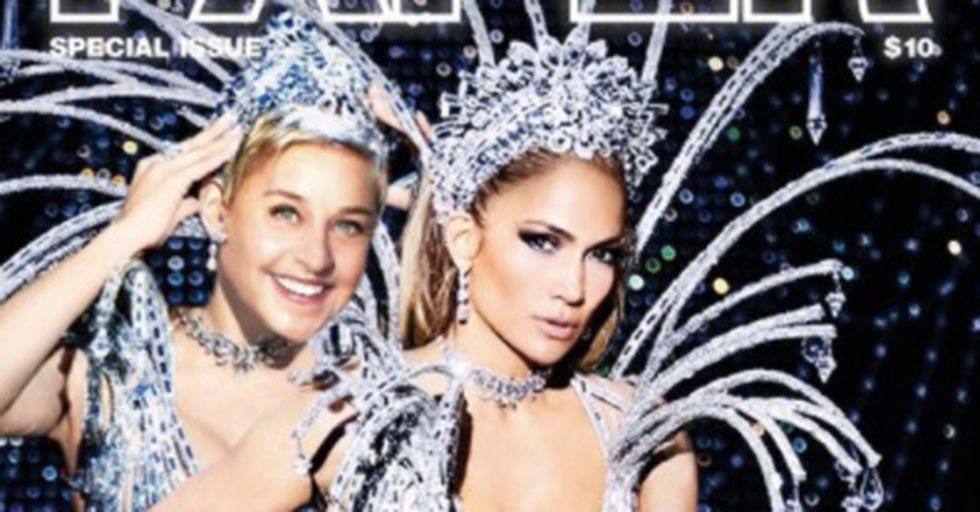 15 Times Ellen Degeneres Was the Twitter Hero We All Needed

Since Ellen Degeneres shot to super-duper mega stardom about ten years ago, she's been a celebrity everybody loves. She's a little edgy, she's very funny, and her comedy exists to lift others up, rather than take them down.

And there's a lot to be said for that, especially on Twitter, where people can be mean for no real reason.

These are the tweets of Ellen's that made us laugh until we cried, or even pee a little.

When Ellen does go after someone, it's friendly nudging and usually, her target is someone who can take it.

I mean, who would get their feelings hurt by this? We're gonna bet that even Beyonce thought this was cute. Also, now we're just picturing Ellen Lemonading.

Like so many of us, she desperately wants to be involved in the Royal Family, by hook or by crook.

We're all trying to weasel our way into royalty, aren't we? Being best friends with baby George and Charlotte seems like a dream come true.

Can a lady make a dad joke?

Ellen has made it abundantly clear that, yes, they can. And they're super endearing.

In fact, she may be the Crown Princess of Dad Jokes.

I mean, maybe we should start calling them "Ellen Jokes?" This one's a little groan-worthy, but coming from Ellen, it works.

She's also pretty quick to dole out the birthday wishes. No harm in that, now is there?

We're going to guess Pink laughed at this one as much as we did. Also, did anyone actually try it??

We all held our breath in the hopes that Ellen wouldn't get disappointed by the "symbolic" machine.

We're actually kind of mad Florence didn't drag a real dryer onto the stage now. Do it for Ellen, Florence!

I mean, what's Oprah doing that she wouldn't want Ellen around, dancing? Those are two women we would die to have dinner with.

She's also not afraid to roast other celebrities online.

She doesn't take herself too seriously, despite being Hollywood royalty.

Honestly, J.Lo should be so lucky. Ellen is killing the outfit game in this one.

Here's some aloe for that burn, Steve.

Solid. Lucky for Steve, we think he can withstand a little heckling. Back to the madness...

All jokes aside, Ellen really is one of the most gracious personalities on TV.

She loves to give attention and credit to her friends, and seems to always appreciate major milestones, accomplishments, birthdays, births, and new projects. We should all have a friend like Ellen to celebrate our successes with us.

Wonder if Rachel McAdams is mad about this one...

We would seriously be down for a Mean Girls remake starring Ellen. Anybody else?

That song in your head yet? How about now?

Then there's "the selfie."

The most liked pic in Twitter history. This was truly a historic moment in social media history. We also wish Bradley's arm was longer. Who knows who was behind them?! Deniro? Angelina? Amy Adams? In general though, we just love Ellen.