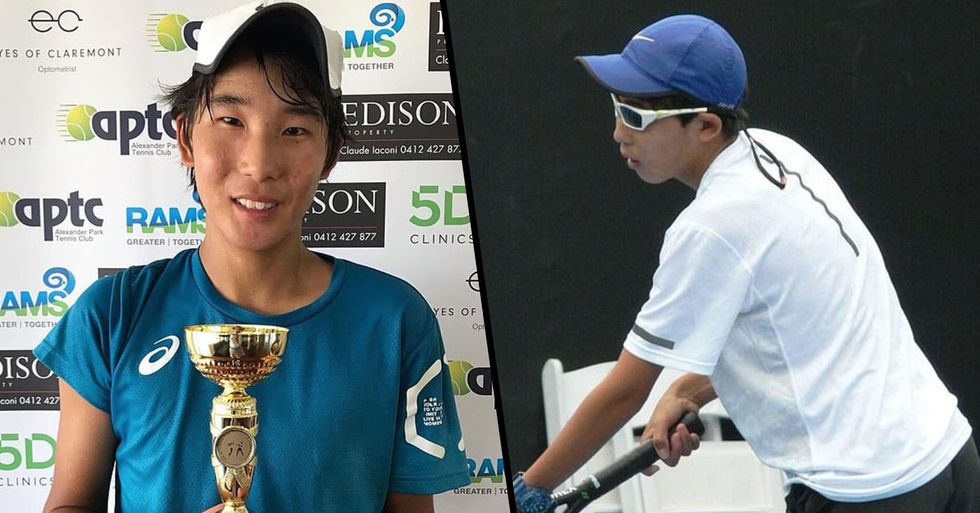 The tennis world has been left heartbroken by the devastating news that one of its most promising stars, Kent Yamazak, has died suddenly during the junior tournament in Nepal. He was just fifteen years old.

Tributes have been pouring in online. Now, some of the circumstances around his sudden death have been revealed. Keep scrolling for the full story.

The fifteen-year-old from Perth, Australia, was a State League player - frequently competing on the Western Australia tournament scene.

He was an up and coming star in the sport.

And recently flew to Nepal to train for the International Tennis Federation Tournament.

But some devastating news has surfaced.

The teenager died suddenly on Wednesday.

The heartbreaking news was confirmed by Tennis West.

"This is a tragic loss and our thoughts and prayers go out to Tomio, Kimie and all of Kent’s family, friends, and coaches at this incredibly difficult time," the governing body said in a statement on Facebook.

Tennis West described the teen as a "true gentleman."

"Kent was known for his infectious smile and genuine love of the game." "He was a true gentleman on and off the court, and his passion and incredible work ethic saw him rise through the ranks and reach great heights in his tennis career, representing WA proudly at many National events," Tennis West said.

"He was a favorite among his peers."

"Kent was always the first player at practice, and embodied the National Academy values of compete, commit, and respect," Tennis West added.

"He was a favorite among his peers and was well respected by the wider tennis fraternity for his hard work, graciousness, and positivity."

"Kento, we cannot believe you have gone. You have left a hole in our hearts and in this world," wrote one.

"For all that knew you, knew you as a star on and off the court, a role model, an inspiration and above all a true friend."

"Oh my goodness. Feel very sad today. I remember my son playing him in a junior singles match. He was so good," one mother wrote.

Some of the circumstances surrounding his sudden death have been revealed.

The Perth teen reportedly collapsed on the court and hit his head during a match.

He was rushed to hospital...

But devastatingly, he never regained consciousness and passed away in the hospital. His cause of death is not yet known. Devastating news. R.I.P. Kent Yamazak. To read about all the stars we sadly lost last year, keep scrolling.