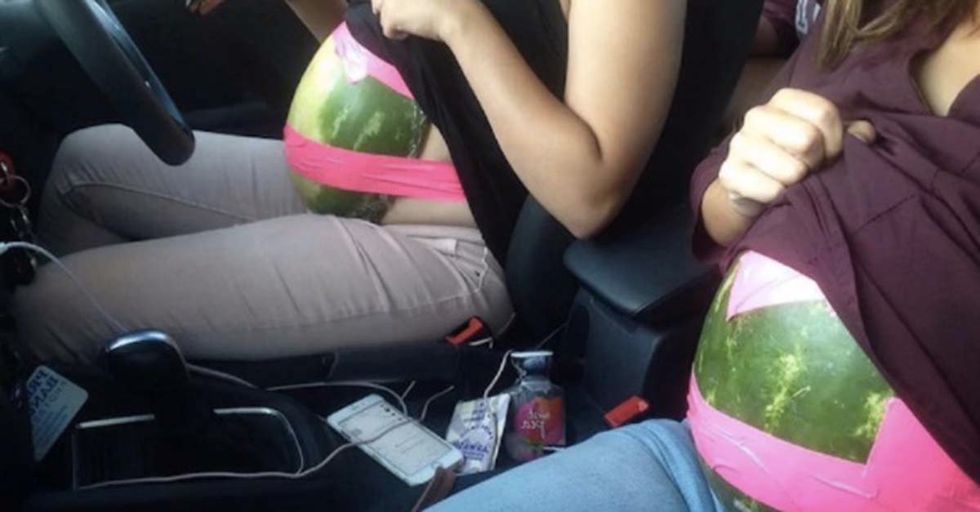 16 People Who Came Up With Brilliant Schemes For Tricky Situations

Breaking the rules only works if you don't get in trouble for it, so you need discretion, a good plan, and smooth moves to sneak past authority figures to do what you want. Take a master class in being sneaky, taught by these awesome people.

Who needs vacation days when you're this clever?

I bet whoever's watching that camera is bored out of their mind.

I hope you sent him a thank you text!

When the truth is — you really just like to drink on the job.

"But it has the tags still on it!"

Don't cheat. But take this clever approach to more honest endeavors and you're bound to get far in life.

Now get married for free cake!

The perfect crime? Nah. But a very good crime.

Where did he go?

Who brings watermelon into a movie theater?

I'm sure nothing happens. Well, that girl gets $5 richer.