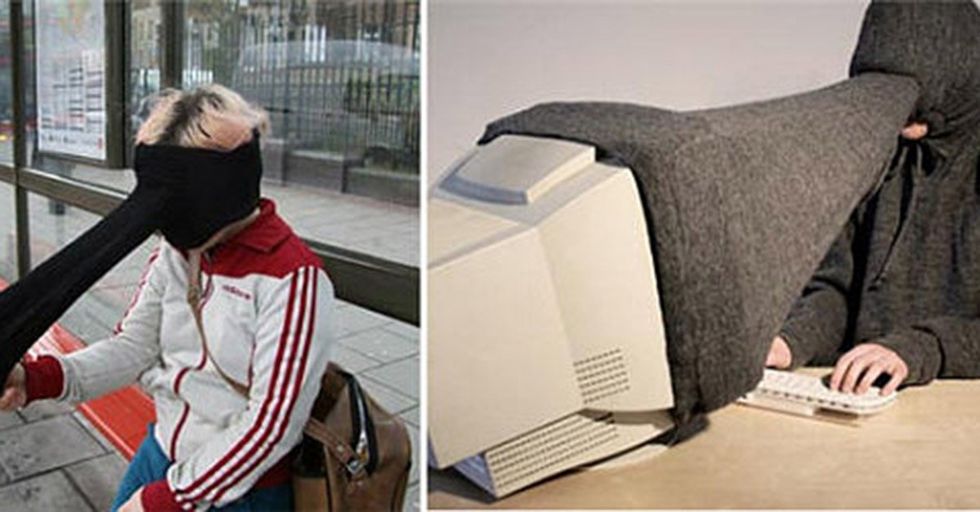 16 Products That Were Clearly Invented Just To Rip People Off

With so many consumers out there ready to fork over cash, it seems like there's a market out there for anything.

Well, almost anything. I'm not sure there's a single person in the world that needs the products listed below. I mean, do you wan't to cook meat with your car exhaust or require "Diet Water" to lose weight? Of course not. But that hasn't stopped someone from trying to sell it to you!

If you're THAT bad with losing the remote, maybe treat the source of the problem, rather than resorting to this undignified fix.

I hope this is a joke. But I don't think it is. That's gonna be some stinky meat.

"Nothing suspicious here. Just looking at websites that are totally safe for work and not at all embarrassing."

Yeah, eating Ramen can be tricky, but is this really the solution to the problem? She looks like a sunflower in a grade school play.

When the goldfish gets cabin fever, it's crucial to take him or her for a walk.

When you need a sleeping bag, but you're also gonna need to make a quick exit...

Don't just remove your earwax...LOOK AT IT, TOO!

Wow. That's a terrible alternative to just having a few basic tools.

When even assembling a peanut butter sandwich is too hard...

I'm not sure what "built-in hearing technology!" is, but I think it's something ALL headphones have.

What if I told you there was a beverage out there with ZERO CALORIES?

You'd have a better chance of turning your cat into unicorn than getting it to wear that...thing.

I'm not certain I know what this is, but it looks like it's designed to hurt or kill someone.

Well, anyone who ponies up for this should have done a little more research on how DVDs work.