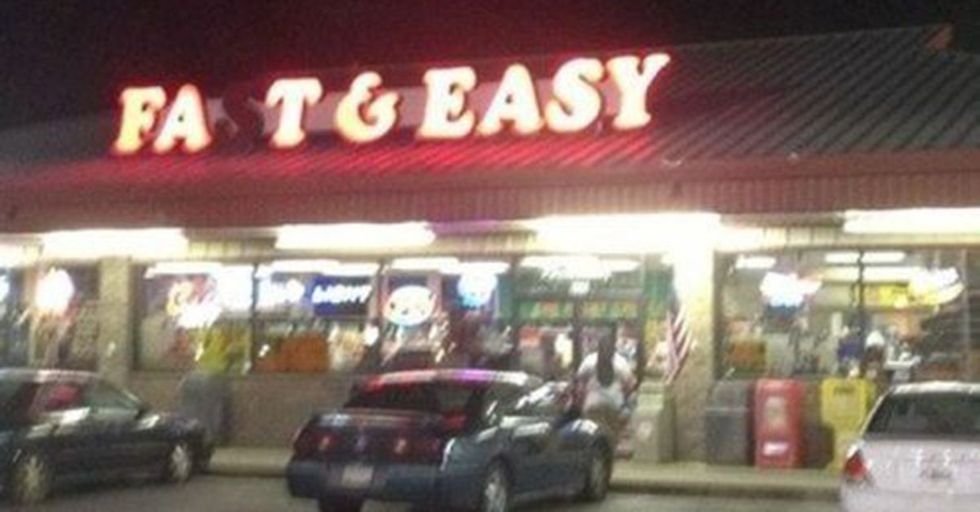 You don't have to be an English major or a spelling champ to know that sometimes one tiny letter can make a BIG difference in a sign's meaning.

But in case you forgot, here are 16 signs that, thanks to just one small tweak, are sending out a VERY different vibe to the people passing by. Take a look at the damage one little letter can do.

Time and again, you'll see that this word gets mangled in the most obvious way.

Unless that IS the real sign, and I'm just naive.

...it doesn't sound so bad. It's like a consolation prize.

I'll stick with the traditional kind, thank you very much.

So is this the work of vandals or really bad spelling?

I want one of each, please!

Because if you're threatening me with coffee...you better deliver.

Good luck with that casting call!

You normally don't want "feces" on your restaurant's sign, FYI. The word OR the item.

This was a VERY avoidable mistake. I guess it's hard to check spelling on your lower back.

Honestly, there's a decent chance he was on both.

How did that "e" even end up there?

What if that's NOT a typo? SCANDAL!

Uh, address please? This place could experience a business boom.

I really don't think the intended version is much better.

It's all gonna be ok.

Thanks for reassuring me, sign. I needed that today.