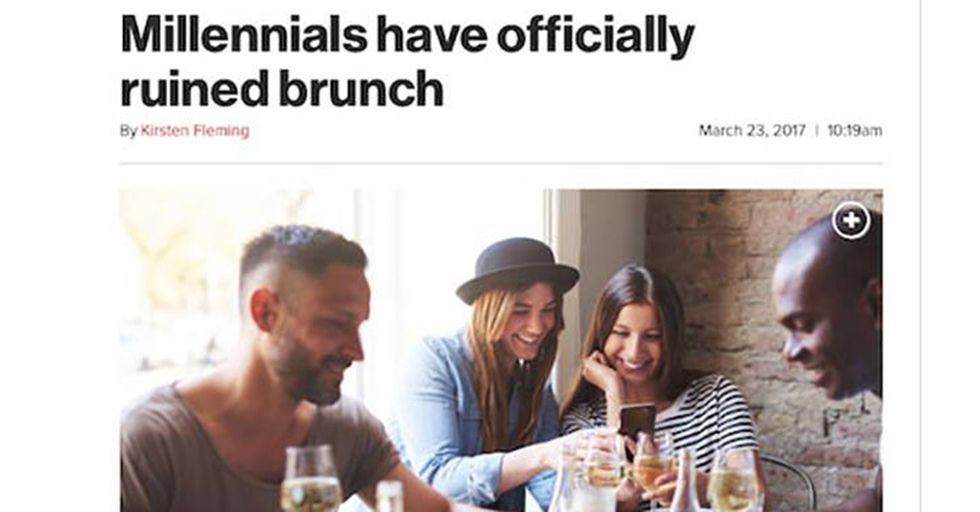 The generation gap between Millennials and Baby Boomers seems to be all over the news these days.

While there are certainly some differences between them (and between every generation), it certainly seems that Millennials get accused of some pretty crazy stuff by the media. Some of it may be valid, but the way it's framed in headlines sure makes it seem like there's a culture war going on. See the below examples to see which side you'd fall on.

This guy actually said it, but it's being spread around like it's a straight-up fact.

HOW lazy are they?

I'm sure there's something interesting here, but is this the most honest way to frame the discussion?

The stereotypes around Pokemon Go have gotten ridiculous, as you can see here. I would blame the church, not Millennials.

They even hate themselves?

Is that really a "trend?" You would think a publication like Vice would want to be a little more careful.

Every headline talks about how they're "obsessed with" which is certainly more dramatic than "interested in."

...people like all sorts of things more than others? Isn't this true for other generations?

Did they have an elite squad of ninjas remove it or something?

Who really conducted a study on their grip strength, then led people to THIS conclusion.

...they often form the headline as a question, leading us to wonder if what they're saying is true at all.

You better have some really strong data to back up such an insulting assertion.

It might even mean they're practical not to want to spend thousands on a shiny rock!

Can you really kill a meal? This sounds like the raving of a bitter older person.

I don't know what that interpretation of "class" means, but it sure doesn't sound positive.

Are you implying that they're dirty? Maybe they've found a better way. But that headline will certainly get attention.

I don't see what one has to do with the other, but the author surely will do some logical gymnastics to get us from point A to point B.