17 Years After the Franchise Started, See How the 'Fast and the Furious' Stars Look Then vs. Now | 22 Words 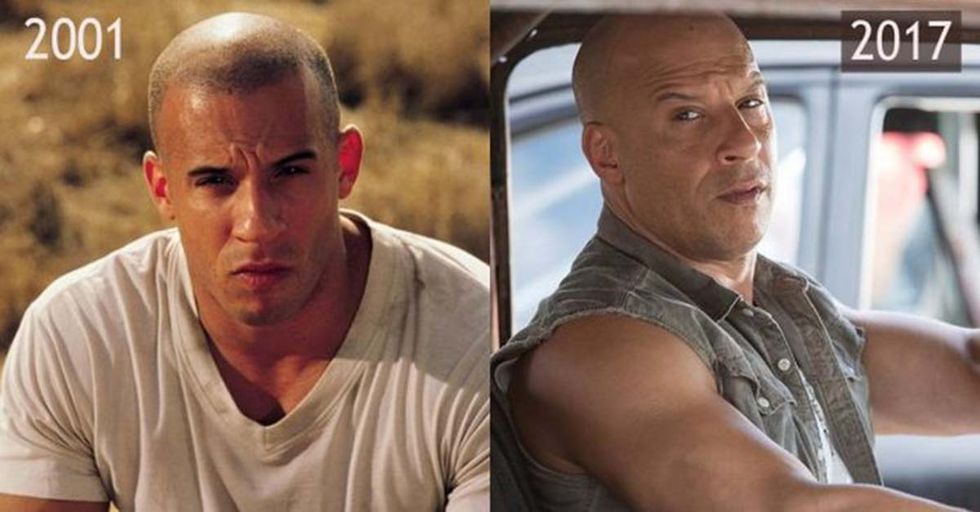 17 Years After the Franchise Started, See How the 'Fast and the Furious' Stars Look Then vs. Now

The Fast and the Furious premiered way back in 2001 one, dismissed by many as a mindless action movie with a cast that was pretty unknown at the time.

But since then, we've gotten seven sequels and the franchise's cast has grown to include several A-listers, while catapulting the original unknowns into superstardom as well. It's been almost twenty years since the original, so check out how the familiar faces have aged (or not) since their Furious debuts.

Paul Walker was the star of the original film, The Fast and the Furious, and served as a face of the franchise until his tragic death in a car wreck two years ago. The later photo is from his last role in the franchise.

She's also been around since the beginning as her character's evolved from a hothead to a fully-grown adult...who still drives really fast.

The love interest of Paul Walker's character in the first installment, she's stuck around as part of the Fast family and still look AMAZING.

Tyrese made his debut in 2 Fast 2 Furious but became a regular starting with Fast Five. As you can see, he's a little older, but no less hot.

He may have been known as a rapper prior, but his supporting role in the franchise has turned him into a bona fide action star. He's 40 years old now, but still looking great (albeit with less hair).

The unmistakable face of the Franchise, Vin Diesel has made quite a career out of his performances. He's a little bigger, but other than that, it doesn't look like 17 have passed, does it?

He started in Tokyo Drift and wrapped up in Fast & Furious 6. Is it possible he's gotten younger?

The Israeli actress has been around since the fourth installment after her modeling career, but it's clear from her last turn in Fast 7 that she's still got her looks going for her!

Does The Rock ever change? He gets even more bulked up (somehow) for his role in F&F, but he'll look like that forever, I think.

She's a more recent addition to the cast, but you can certainly see a change since she joined the crew back in 2011. I'm sure she'll look way different when she's starring in the 15th sequel as the president or something.