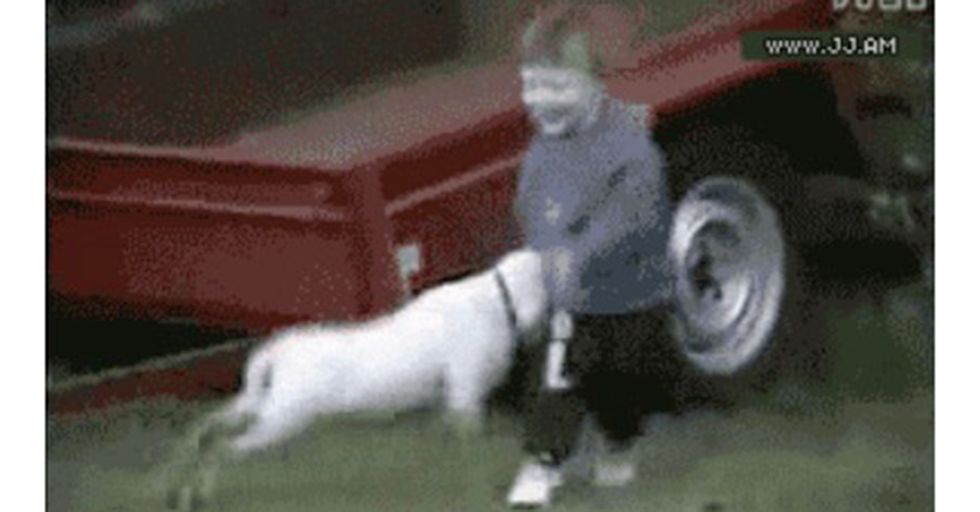 We all know that little kids are usually the instigators when it comes to acts of aggression against the family pet.

But sometimes, when the animals have had enough, they strike back in brutal fashion. As you'll see in the GIFs below, sometimes the animals act because the kid was being a total jerk. Other times, it seems accidental. And in a few instances, it just looks like the critters just REALLY wanted to push the kids over for no reason. Either way, it's highly entertaining.

This kid never stood a chance.

The video is brimming with suspense before the cat even pounces.

The goat debilitates him with a head-butt to the knee, then finishes with savage blow to the head.

"Camel attack" isn't a phrase you hear often, but it happens.

I think the cat wants to play with your toy.

Looks like the kid fired back some colorful language after getting drenched.

Kangaroos kick. His dad should have warned him about that.

If you're leaning far enough over the edge, then, yes, something as small as a cat can push you into a pool.

The dog was just trying to clear the creek, but ended up offering a surprise hug attack.

Did...did she just get slapped by a stingray?

The dog has DEFINITELY been practicing that move.

"I'll be taking the sled, thankyouverymuch."

I bet that kittle one wasn't smiling when they got back up.

My only regret here is that the cat didn't keep attacking this little brat.