18 Selfie Captions That Are So Good, You Won't Even Feel Guilty Stealing Them | 22 Words 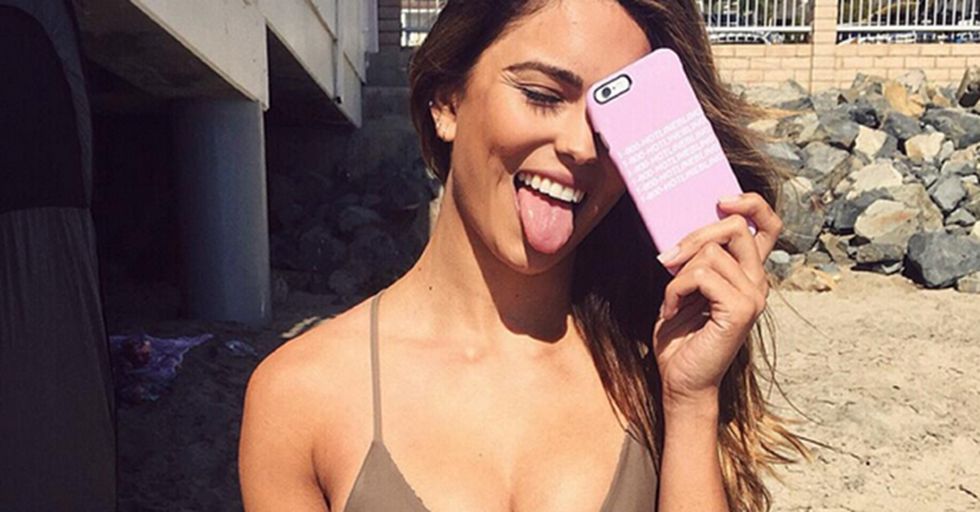 18 Selfie Captions That Are So Good, You Won't Even Feel Guilty Stealing Them

You can be the best in the world at taking selfies, but unless you've got something to say, people might think you're just being vain.

But if you can come up with the right caption (even if the caption is a little self-important), you can create a hotter post. As you'll see, a good pose and some confidence can even turn puns into firey-hot captions.

...but did a lot of people think she was a campfire for real?

Brace yourself for the puns...

...because even if they're clever, they're still puns. But these guys make them work.

I bet nobody calls them that.

But it's still pretty funny. Especially when it's used in front of a Whataburger selfie.

Ok. I'm not sure about this one.

Seems like she worked pretty hard for a pun that's more or less nonsense.

I'm not sure if this is directed towards a guy or girl, but...

...coming from a guy in jean shorts.

When you're a doctor, a twin, and look this good...

..you can pretty much say anything, but this works well regardless.

She's a real person with feelings. Get your kicks at the makeup counter instead.

It looks like, from this pic, she's always in her element.

You better keep a calendar by when you see Valerie.

'Cause she'll have you all mixed-up on your seasons.

Is this true, Tommy?

(I don't really even know what this means, but I still love it.)

But you DO have a fire caption!

And, yeah, you look pretty lit.

The only time you MIGHT be able to get away with a pizza-themed outfit...

...is if you have a smooth line like this to balance it out.

...then shouldn't you be at a library or something?

Saved the best for last. It's a good sentiment and some truly awesome wordplay.