This teen who doesn't seem to understand how credit cards work: | 22 Words 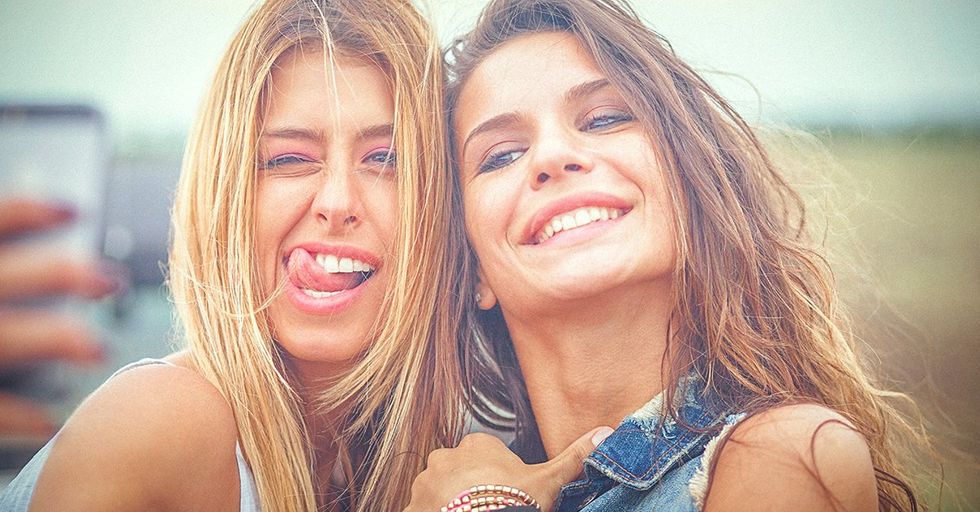 19 Times Teens Were Beyond Extra on Social Media

Almost every day, I am reminded of just how lucky I was to be born in a time before social media had taken over many people's lives.

I mean, sure, I chatted with my friends on AIM and succumbed to the Top 8 drama of MySpace, but for the most part, I escaped my teenage years unscathed.

Check out this teen, whom you do not want to mess with.

As if the Force choke wasn't enough to intimidate you, take a good look at the eyeliner. That's evidence of a steady hand. A steady hand you do not want on your bad side.

This teen who's ready for their grandfather's funeral:

If you were ever wondering what sort of events your Angry Birds hat is appropriate for, let me just help you out: A funeral isn't one of them.

These teens who are in something called "Yong love":

I don't know what Yong love is, but if this collage is any indicator, I don't think it's something I want to be involved with. I hope they're happy, though. This next teen has some mad Photoshop skills...

This teen has a very good hat:

Just kidding! He has a Photoshopped hat. Better luck next time, teen.

This teen who doesn't seem to understand how credit cards work:

Aw man, looks like people are trying to hack your account! I can help you with that. Just send me your social security number and bank account numbers first.

This teen who's a big fan of The Office:

There are only three things cooler than the teen in this set of tweets: Bears. Beets. Battlestar Galactica.

This teen with *~*edgy*~* senior photos:

There's a lot to take in here. Regardless of how you feel about these pictures, you have to admire the effort that went into them. Right?

This teen, who probably shouldn't work in a restaurant:

Oh no. No no no. Dear teen, this is very bad. This next teen, on the other hand, has life pretty well figured out...

This teen who has the best ID photo I've ever seen:

She truly brings honor to her family. Talk about a girl worth fighting for, amiright?

This teen who matched her makeup to her pet parrot:

Is it extra? Yes. Is it also hella fabulous? You better believe it.

This teen who can't be bothered to wait around for bread to cook.

On the one hand, this is kinda lazy. On the other hand, it's kind of genius. I'm not mad.

This teen who found the perfect use for their umbrella hat:

We all need an umbrella hat. We also need the ability to respond to weirdos with the same level of expertise.

This teen who had their relevant info printed on business cards:

They got sick of answering the same questions over and over again and so decided to print business cards with the answers. This next teen went above and beyond when it came to the Homecoming Dance...

This teen who asked himself to Homecoming:

And he said yes! I hope he had a lovely time with himself.

This teen who gave her dad a makeover:

That dad looks glam as heck! Look at the highlighter!

This teen who cooked tiny pancakes for her chickens:

They're good chickens. They deserve it.

This teen who found the perfect strategy for saving money:

If a picture of a disapproving Terry Crews doesn't keep you from spending your hard-earned money, nothing will. BRB, printing out this exact same picture.

And finally, these teens who used their school ID pictures to mourn the death of Harambe.

What are the chances they'll grow up and regret this decision? Ah, well. Isn't that sort of what being a teen is all about? Share this list with your favorite teen!