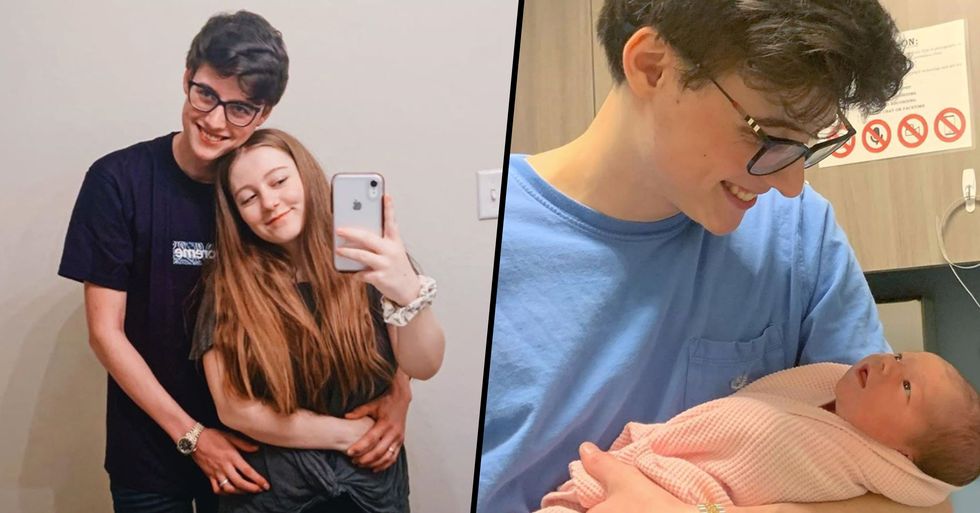 Nineteen-year-old YouTuber Landon Clifford has tragically passed away just months after the birth of his second daughter.

Landon Clifford has been taken too soon.

Aged only nineteen, the parenting YouTuber has devastatingly died.

Landon launched his YouTube channel when he and Camryn fell pregnant aged only sixteen back in 2017.

Cam and Fam was born, and it quickly gained traction, with it today having over 1.2 million subscribers.

Cam and Fam documents the lives of these teenage parents...

And follows Landon and Camryn as they bring up their daughters together.

However, despite the family's happiness...

Disaster was just around the corner.

Camryn broke the heartbreaking news on her Instagram page, where she paid tribute to a "compassionate, loving, thoughtful, kind, and gentle" man.

Alongside a photo of her hand on his chest as he lay in a hospital bed, she wrote:

"He was an amazing husband and the best father those girls could have ever asked for. It saddens me deeply that they will never get to truly know him."

Quite understandably, Camryn is in a tremendous amount of pain.

But she is determined to stay strong for her girls. Her post concluded: "Words can not come close to describe the pain I feel. All I can do now is make sure our girls know how much he loved us. He’s looking down on us from heaven and his light will shine through the clouds when we look up at him. May he rest peacefully."

Tributes have flooded in...

is it just me or does landon clifford dying not even feel real like i’m still in shock i can’t believe this is read… https://t.co/YMDgfHLnFO
— jenna scerb (@jenna scerb)1598138340.0

But, amid the heartfelt tributes, everyone is wondering the same thing.

How did someone so young and full of life die so unexpectedly?

But it is known that he had been in a coma since August 13th following a "brain injury."

Before doctors made the decision to turn off his life support. Camryn explained: "August 13th 2020 was Landon’s last day being the best dad and husband he could be. After spending the following 6 days in a coma he passed on and donated several organs to people in need all over the country. He died saving the lives of others. That’s the type of person he was."

It has emerged that Landon died just months after the arrival of his baby girl, Delilah.

This tragedy has left Camryn to raise their 2 daughters alone...

And we simply cannot imagine what she is going through right now.

She is heartbroken over the prospect of Landon never getting to see his daughters grow up.

"It saddens me deeply that they will never get to truly know him. He was so young and had so much more life to live," she wrote in an emotional post. "This isn't how things were supposed to go. He was meant to make it to his next birthday."

"He was meant to die old with me. Words can not come close to describe the pain I feel."

For more on the heartbreaking losses we've experienced this year, keep scrolling...