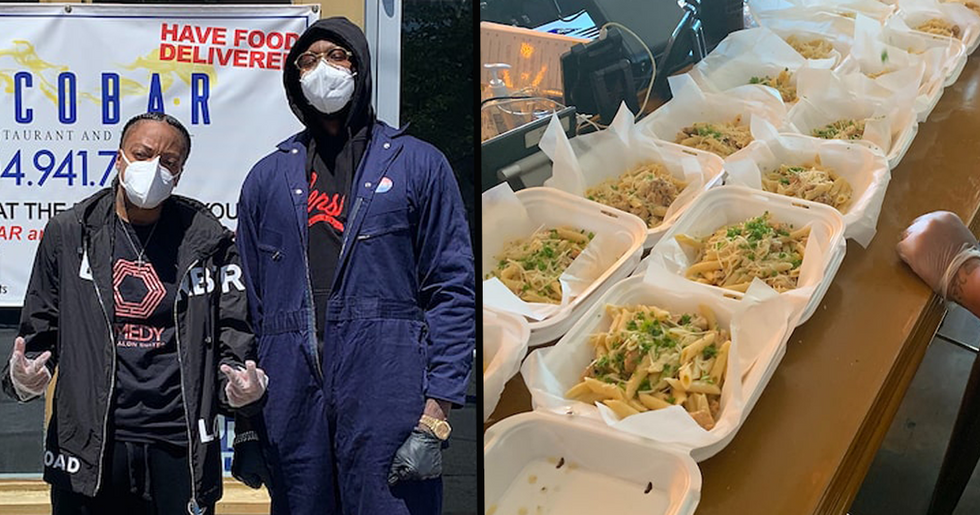 2 Chainz has been doing his bit to help the homeless community in his area amid the pandemic.

Keep scrolling for the clip and why his gesture is so important...

Chainz decided to go solo, signing a record deal with Def Jam Recordings and releasing his debut album, Based on a T.R.U. Story.

But this week, Chainz has hit the headlines for a very different reason...

The star is looking out for the homeless community in his area amid the pandemic.

And our President is doing absolutely nothing about it.

But there are many people who are determined to make a difference...

And, of course, Chainz is one of them.

And was due to re-open them on Monday for a dine-in service, after the state began lifting some lockdown measures.

But, he decided to help the homeless community instead...

In total, the rapper fed around 120 homeless people in one day.

Those waiting in line for the meals kept within social distancing rules, standing six feet apart.

What was on the menu, you ask?

Snoop also hopped in his car and drove around the neighborhood, handing out free meals to people living on the streets.

Chainz's restaurants are still open for take-out service, which is deemed much safer than dine-in services.

Incredible move, 2 Chainz! A former homeless man has also been doing his bit to helo. Keep scrolling for the heartwarming story...