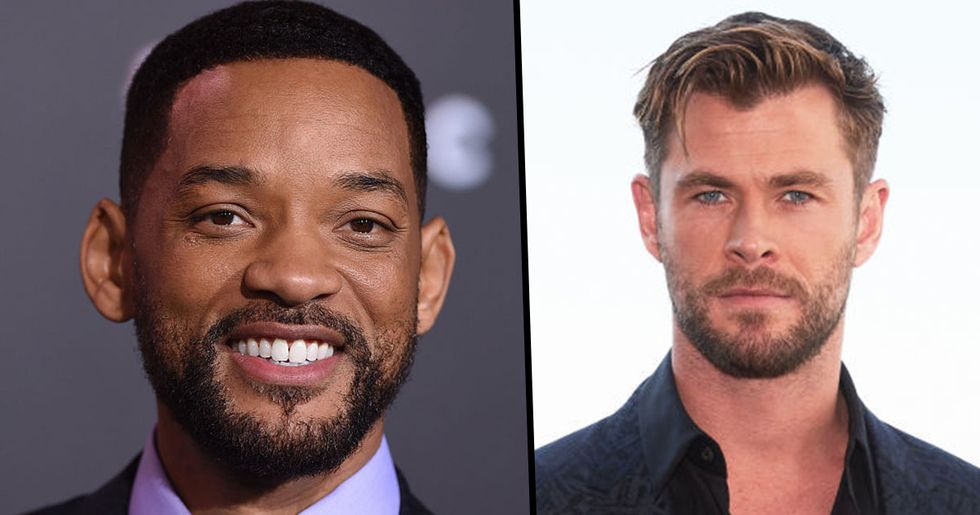 The 20 Highest Paid Actors in the World

The TV and movie industry is one of the highest grossing industries in the world. In fact, the American box office alone is worth over $40 billion - so it probably comes as no surprise that the most sought-after stars of the acting sphere are earning the big bucks.

The figures, which are released by Forbes annually, shed light on the paychecks of some of our favorite A-listers but, more alarmingly, the list is also proving that the Hollywood gender pay gap is very much still thriving.

The latest report tallied up both on-screen and off-screen earnings, pre-tax, between June 1st 2017, and June 1st 2018, to reveal the top earners of the year.

Earning over $700 million between them, we chart the thirty highest paid actors in the world and let's just say, you'll be surprised when you find out how the winner made their millions.

Israeli actress and model, Gal Gadot, who most recently starred in the 2017 rendition of Wonder Woman took home a $10 million paycheck.

Next up is comedy-queen, Melissa Mcarthy, who, according to the Forbes 2018 list, earnt an impressive $12 million in the year. The star hit our screens starring in several smash-hits, including The Heat, Bridesmaids, and  The Boss. However, the actress recently broke out of her comedy roots, starring in the crime drama, Can You Ever Forgive Me?.

Just ahead of Mccarthy is Australian actress, Cate Blanchett, with a $12.5 million salary. Blanchett is set to star alongside Elizabeth Banks in the upcoming FX limited series Mrs. America.

We all love a bit of Notting Hill or Pretty Woman, and unsurprisingly, the rom-com native. who most recently starred in the American drama, Ben Is Back, is next in line - racking up $13 million between June 2017 and June 2018.

Since appearing in the '90s cult classic That '70s show, Kunis has skyrocketed into box office fame. The star recently scored a hit with sequel, Bad Moms Christmas, which grossed $130 million, and has landed herself comfortably in the ranking - earning a respectable $16 million.

Though her role as unlikely law student, Elle Woods, in the classic chick-flick Legally Blonde launched her into Hollywood stardom, Witherspoon has recently enjoyed more success on the smaller screen. Her estimated $1 million-an-episode salary for the upcoming second season of the HBO-hit, Big Little Lies, is likely to account for much of her $16.5 million paycheck.

The Hunger Games saga might be over, but the Hollywood A-lister has undoubtedly continued her success, earning big bucks for her role her in the X-Men movies and her long-running Dior contract, seeing her take home an eye-watering $18 million salary.

Just in front of Lawrence is former Friends star, Jennifer Aniston, who we aren't exactly surprised to see - ranking with $19.5 million. However, her paycheck is set to have a massive boost next year when production begins on her Apple series with Reese Witherspoon, which she will receive an estimated $1.25 million per episode for.

Next up is Angelina Jolie with $28 million. Though the star has been focusing on her humanitarian work in recent years, she is set to reprise her role as Maleficent in Disney's highly-anticipated sequel, Malificient 2.

The first of three male Avengers stars in the rankings, Chris Evans, aka Captian America, has an annual take-home salary of $34 million.

Next up is Bollywood star, Salman Khan, with $38.5 million. Starring in hits such as Tiger Zinda Hai and with several brand endorsements, Khan continues to reign as one of India's highest earners.

With an income of $39.5 million, Sandler just about takes over Khan. The actor, who has a long history with the rom-com genre, signed a movie deal with Netflix in 2017. So, not only will we be seeing more of the actor on the streaming platform, he is now also said to be producing and writing for the streaming giant.

Just ahead of Sandler is Bollywood sensation, Akshay Kuma, with a $40.5 million paycheck. Amongst over twenty brand endorsements, the actor stars in productions that are putting progression at the forefront, including the likes of  Toilet, a comedy championing government campaigns to improve sanitation, and Padman,  which follows a man who sets out to provide sanitary pads to rural communities.

Coming in joint with Kuma, Johansson has earned herself the top spot on the Forbes highest earning female actor list - bringing in a staggering $40.5 million -  the Marvel actress even has a star on the Hollywood Walk of Fame. Unfortunately, Johansson is the last female to rank in the list - proving that the Hollywood pay gap is very much still a problem.

Her earnings reveal a less than glamorous truth about Hollywood...

While Johansson is earning more than her female counterparts, she is still the only woman to earn as much as the top ten men.

The harsh reality of Hollywood.

It is estimated that women in media roles earn eighty-five percent of what their male counterparts take home. In 2016, Johansson spoke out about the gender pay gap saying that, while the conversation needs to be had, it needs to be given a broader context. “I think every woman has [been underpaid], but unless I’m addressing it as a larger problem, for me to talk about my own personal experience with it feels a little obnoxious," she said. “It’s part of a larger conversation about feminism in general," she told The Guardian. “I am very fortunate, I make a really good living, and I’m proud to be an actress who’s making as much as many of my male peers at this stage". But, let's get on with the list to see which actors are coming out on top...

The actor, who propelled to fame following his role in The Fresh Prince of Bel Air, is continuing to make the big bucks - cashing in $42 million. Smith is currently starring as the Genie in Disney's live-action rendition of Aladdin, which hit theaters last month.

Continuing to reign as one of China's biggest movie stars, Jackie Chan earns a whopping $45.5 million. The movie powerhouse starred in six films released in 2017, but, the actor recently branched out from acting - releasing his new book, Never Grow Up, in January this year.

The Marvel star more than doubled his previous year's earnings thanks to his roles in several of the franchise's movies including Thor: Ragnarok and Avengers: Infinity War. His bank account is set for another boost this year after starring in the fourth Avengers movie, Avengers: Endgame, which hit screens in April.

Iron Man comes in third in the rankings with an extravagant $81 million salary.

The former wrestler just misses out on the top spot with $124 million. The actor has an incredible acting history under his belt, recently starring in the blockbuster hit, Jumanji: Welcome to the Jungle.

And the winner is...

The one and only George Clooney tops the rankings, soaring ahead with a staggering $239 million. But, you'll be surprised when you learn where his money came from.

You'll be shocked to hear that the actor hasn't starred in any films since 2016... so how has he made all his money?

Surprisingly, at a lot of his recent fortune, came from one thing... Tequila. Yes, that's right, the alcoholic beverage accounts for much of the money that the star has banked over the last year. But, people aren't happy that he ranked first... read on to see what Twitter made of the result.

So, how exactly has liquor has made him his millions?

In 2013, Clooney, along with friends Rande Gerber and Mike Meldman, founded a Tequila company called "Casamigos". British liquor giant, Diageo, announced that it was purchasing Casamigos for $700 million upfront with the potential for an additional $300 million over the next decade.

Clooney was shocked at how well his business did...

“If you asked us four years ago if we had a billion-dollar company, I don’t think we would have said yes," Clooney revealed to CNBC when the deal was initially announced.

Some people were not happy that the actor came out on top...

This user took to Twitter to say how it was unfair it was to have him ranked as number one on the actor's list when he hasn't been in a film since 2016.

Another joked about how the star still managed to top the rankings...

Others were just as shocked as us.

The reactions were pretty funny.

Now, we eagerly await the updated report to see who comes out on top this year.

If Clooney's billion dollar business continues the way it's going, we won't be shocked if he comes out on top again.

But, we hope to see more females matching their male counterparts.

As the gender gap narrows, hopefully, there'll be more female faces at the top of the rankings this year.