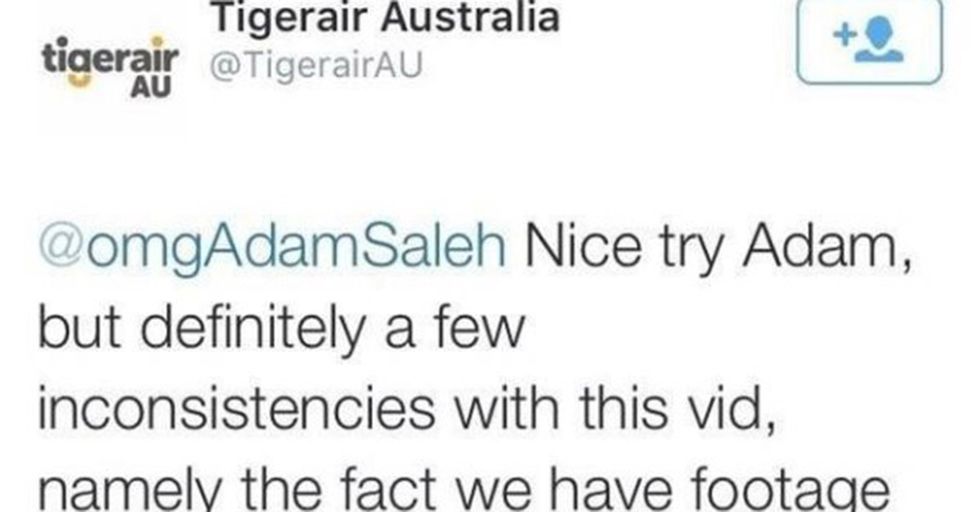 Sure, social media is a great place to brag or make claims to seem smart, but you better be doing it honestly, otherwise, with so many people observing, you're going to get called out. Not only are these posts funny and satisfying but they're making it a little more intimidating for people to lie on Facebook and Twitter.

Honesty's the best policy, as you're about to see over and over.

Well, that took a quick turn.

If you're being targeted by hackers, it's probably best not to goad them or egg them on. Otherwise, your info gets put online. Forever.

As you'll see, it's not like these are the perfect crime.

More often than not, people are giving away the truth in plain sight. They're just too oblivious to care!

This one's infuriating. Trying to shame people who did nothing wrong just to make yourself the victim and get sympathy? Ugh. Go away.

This is called a faulty premise.

It's when you make something up just so you can contradict it. It doesn't advance the conversation and only serves to make an attention-seeking person seem "enlightened."

Check twice to see if what you're sharing is real.

Oh, and just because it happens to mesh with your value system doesn't mean it's real. Sorry.

Don't make someone else's experience your own.

Especially if that someone else is your Facebook friend and can see you dishonestly stealing your story. Not a wise move.

What's that mean in English?

I guess this person didn't necessarily lie to anyone, they were just woefully deceived themselves. That's too bad, because tattoos don't just wipe off.

Why would someone just make this claim based on a wild guess?

Well, we all know it's because they're trying to bolster their viewpoint even if the "Facts" don't support what they're saying. Fake news is a real problem.

Why antagonize an entire religion for no good reason?

Fortunately, the Muslims had patience and some good humor in dealing with this angry little troll. Looks like the tables got turned.

Yeah. You might want to rethink your statement there.

It's really amazing and fascinating how some people can't see the ridiculousness of their own statements, which are made with SUCH conviction.

This was a big story. If you're a public figure, you might want to keep a low profile when you're flying coach. That would include not posting stock photos insinuating you're flying private.

Why would a person even post this to begin with?

Not only did they get shown up by the cops, but now it's known that there's a drug charge against them. Not very well thought-out.

Ouch. Maybe if you want to advertise your wedding, you should just tell people about it instead of creating a fake contest. Weird.

You'd hope that a publication would get that right the first time.

If they messed up the headline, I would be concerned for the truth of the article itself. Small mistakes suggest bigger ones.

When a large airline gets dirty on Twitter to call you out, I'm inclined to believe them. I don't even need the footage.

Well, this isn't a lie, but it's still fun to see her get called out for such a preventable reason.

You have to love the boss's response as well. Measured and funny as can be.

Salvador Dali is one of the most famous and distinct artists ever. Don't be dismissive to make yourself seem more sophisticated.

I understand the mom's willingness to set the record straight, but this twisted affair sounds like it makes everyone come across as a little awful.

Thanks for looking out for the potential customers, Dale!

This isn't just embarrassing. I'm pretty sure that such a gross misrepresentation by the seller is flat-out criminal fraud.

That's just about the easiest case to crack in the entire world!

It's hard to keep track of what's online and what's not, but there's an easy way to avoid having to remember—don't lie!