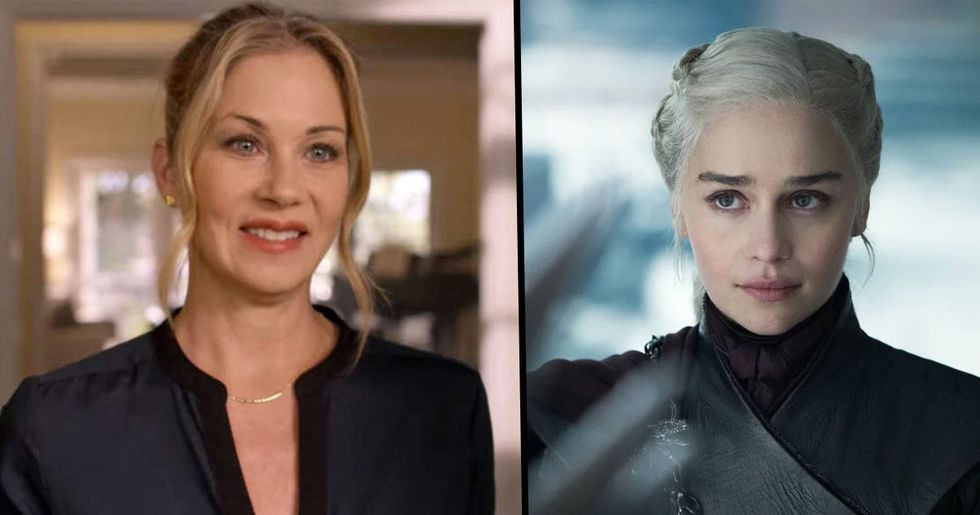 On September 22 we're set to see the biggest stars in television walk the red carpet for the 71st annual Emmy Awards, with a huge array of the world's favorite shows in the piping line for an award.

Now, the official list of nominees has finally been revealed and it's looking like there's going to be some tough competition to come out on top in the big categories, especially in the highly-anticipated "Outstanding Drama Series" (stay tuned for that one).

From long-standing Academy favorites to unexpected nominations, let's take a look at who's in the running for bagging an award this year.

Do you see one of your favorites in the line-up?

Michael Angarano, This Is Us Ron Cephas Jones, This Is Us Michael McKean, Better Call Saul Kumail Nanjiani, The Twilight Zone Glynn Turman, How to Get Away with Murder Bradley Whitford, The Handmaid's Tale

Laverne Cox, Orange Is the New Black Cherry Jones, The Handmaid's Tale Jessica Lange, American Horror Story: Apocalypse Phylicia Rashad, This Is Us Cicely Tyson, How to Get Away with Murder Carice Van Houten, Game of Thrones

Outstanding Lead Actress in a Limited Series or Movie

Outstanding Lead Actor in a Limited Series or Movie

Outstanding Supporting Actor in a Limited Series or Movie

Outstanding Supporting Actress in a Limited Series or Movie

Outstanding Host for a Reality-Competition Program

And finally, the one we've all been waiting for... Outstanding Drama Series.

First up we've got Better Call Saul, the New-Mexico-based spin-off sequel to the highly acclaimed Breaking Bad. The series follows the evolution of the popular Saul Goodman before he became Walter White’s lawyer and has enjoyed huge success during awards season, with an impressive eleven nominations under its belt.

Next we've got Bodyguard.

Bodyguard had us all on the edge of our seats during that nail-biting finale, so we aren't surprised to see it snag a nomination in this major category. For those who don't know, the drama centers around David Budd, who works as a police sergeant with London's Metropolitan Police Service, in the Royalty and Specialist Protection branch. He is then assigned to protect the home secretary, the Rt. Hon. Julia Montague MP, who has plans to introduce invasive new surveillance powers for security forces, and, well, it's all downhill from there really.

Of course, Game of Thrones has bagged a nomination in this category too.

Despite facing criticism for its finale ever episode (that's a whole other story in itself) Game of Thrones has still found itself front and center at the Emmy's this year, with a record-breaking thirty-two nominations. For those who've been living under a rock (if you've been on social media any time within the last few years, you'll probably know what the show is about anyway, even if you haven't watched it), in very quick terms, the fantasy series follows nine families who fight for control over the mythical lands of Westeros.

BBC America's smash hit is also coming out on top, with the show looking in good sted to win the Emmy race this year. This time-round also marks the first-ever Emmy nomination for the stylish assassin herself, Jodie Comer. The drama, based on the novels by Luke Jennings, follows Eve, a spy working as an MI5 security officer who is feeling pretty stagnant in her work, and Villanelle, a talented killer and psychopath who's very into high-fashion. After Eve is tasked with hunting down Villanelle, the two go head to head in a fierce game of cat and mouse, developing a growing infatuation with one another.

Next up is Ozark.

With a good track record at previous Emmy awards, we expect that Ozark will be injecting some serious competition into this category. The show follows a financial advisor (Jason Bateman) who relocates his family from Chicago to the Missouri Ozarks, where he must launder $500 million in 5 years to appease a drug boss.

Pose is also up for the award.

The FX series by Ryan Murphy and Steven Canal’s centers on LGBTQ+ people of color in New York City’s ballroom scene. When the series was first announced in 2 years ago, it made history by casting 5 transgender actresses in regular roles, while also having the largest LGBTQ presence on a primetime series. Following its debut last summer, Pose has been on a winning streak, picking up nominations for the Critics’ Choice Television Awards, Golden Globes, and MTV Movie & TV Awards while also winning a 2018 Peabody Award, and it's set to continue this through to September's Emmys, nominated for this category as well as 5 of the other top awards.

Succession is an unlikely contendaor for the catergory.

We often get used to seeing the same faces nominated for awards, with Emmy-royalty such as Game of Thrones and Veep usually taking the spotlight. But, refreshingly, Succession is in the race for the top prize this year. The series centers around a dysfunctional American global-media family.

The final nomination for "Outstanding Drama Series" is This Is Us.

Hailed as the biggest show in the US, This is Us is an emotional tale that follows the lives and families of two parents and their three children (who happen to be triplets) in several different time frames.