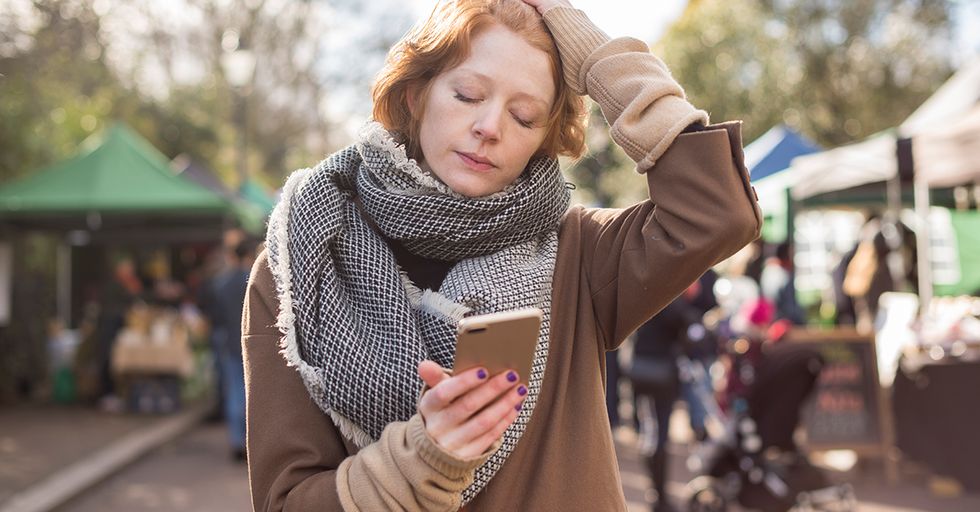 Living in the time that we do is pretty dang great. We've got all kinds of amazing technology that has solved many of our problems. If you have a question all you have to do is jump on Google to find the answer. We don't have to worry about getting lost because our phones all have maps in them. Technology is amazing, and living in 2019 is awesome.

But progress may have some drawbacks.

And that is what Reddit spent some time exploring with hilarious and insightful results. Here's the question: what problems exist today in 2019 that wouldn't exist in 1989? You'd think there aren't many, but you'd be wrong. Keep reading to discover some wild problems that our forefathers didn't have to contend with. You may find yourself wishing for an older, simpler time. Or perhaps you're solidly in Camp 2019 and think these problems are no big deal at all. You'll have to read to find out.

So let's start at the beginning.

The question that spurred the discussion: What is a problem in 2019 that would not be one in 1989?

Surprise, surprise: A TON of the answers had to do with technology.

As amazing as it is to have tiny computers in our pockets, it causes some problems.

Technology is SO convenient.

Sometimes it does things for us we don't even want it to do.

And taking care of all this technology takes a lot of time and effort.

I never used to care so much about how many outlets were in a room, but now it's vitally important.

Just imagine saying this to someone in the 80s.

Then imagine watching them have you carted off to a mental institution.

And even if technology has come a long way...

It's still prone to stupid and irritating problems. Dang USBs.

And because of our love for technology...

We have become SO reliant on the internet. Goodbye independence.

We have such a need for certain websites...

That we lose our flippin' minds if Google goes away.

In fact technology is so pervasive that it creates other kinds of problems.

It can interrupt parts of our lives that we want to keep quiet.

You can't even get people to leave you alone when you WANT to be left alone.

It's so easy to communicate we just can't stop.

And it's not just annoying.

Technology has invaded driving and that is seriously dangerous.

It feels a bit vulnerable to be so reliant on tech.

A deadbolt is a deadbolt that will work forever, unless it's controlled by the internet in which case it can malfunction.

It's so pervasive that sometimes it becomes a problem in and of itself.

Who needs reality when you have the internet?

And technology has made it so easy to ruin lives.

If I don't like you I can find out all the bad things you've ever done.

People can be anyone!

And it's so hard to know who to trust.

We haven't really figured out how social interactions work with tech yet.

Should companies be able to learn so much about us?

And are we prepared as a species to handle seeing each other's every move?

Plus if that's not enough to scare you there's always the threat of leaked nudes.

I miss the days where a naked picture was for a person and their sexual partners.

But enough about technology.

Let's take a hard turn into some social problems. Cigarette anyone?

And sure, some of the problems seem trite.

But did you know that helium is an important part of MRIs, which I, personally, would like to keep functional for my lifespan?

But some of them are irritating as all get out.

Yes, there has always been "kids these days" but Millennials aren't even kids anymore.

Honestly if I think of a dream world it's one without airport security.

No lines? Easily walking all the way to my gate? Glorious.

Throw away culture is huge too.

You mean built-in obsolescence isn't a given?

I mean there are some slightly more pressing problems.

Global warming is definitely a bigger deal now than it was 30 years ago.

Oh and there's the eensy problem of student debt.

Just destroying the futures of millions of young people.

And if student debt doesn't kill our youth metaphorically...

School shooters might do it literally. Excuse me while I go cry for a while.

Remember when we eradicated measles?

Haha too bad it's a problem again, amirite?

And last, but of course not least.

Those were glorious days.

I'm still dreaming of a time when wars didn't start on Twitter.