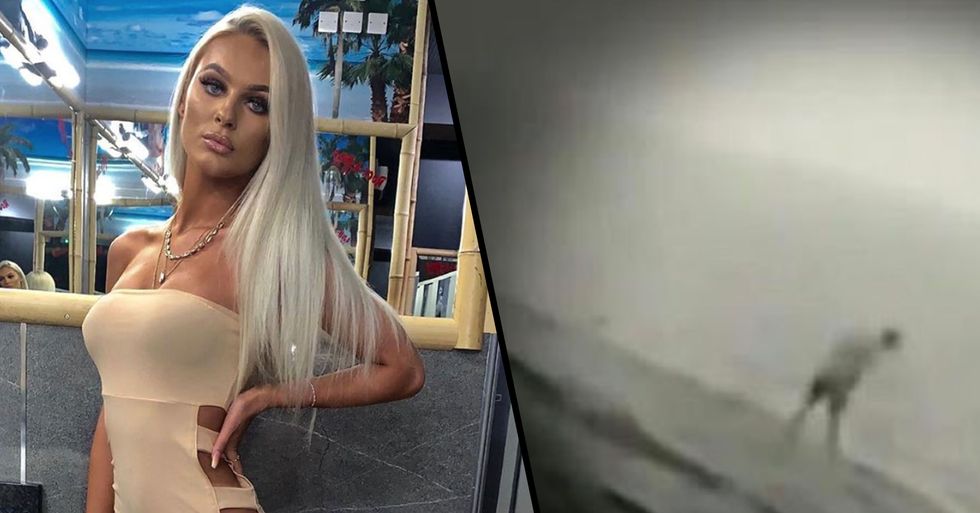 Going on vacation is one of the best things life has to offer. Sun, sand, and sea, what more could you ask for?

However, sometimes, things don't always go to plan. What are you supposed to do if you're just enjoying a night out with your friends and you end up at the edge of a clifftop? One backpacker's evening with her friends ended up as one of the worst nights of their lives when a fatal disaster ruined their entire trip.

Keep scrolling to find out the heartbreaking details around this story.

Australia is home to some of the most breathtaking sights.

From the Great Barrier Reef to Sydney Harbour Bridge, Australia has proved to be a tourist hot-spot for people of all ages.

One particular sight has been gaining a lot of attraction recently...

The Diamond Bay Cliffs are a beautiful part of the country that connects the land to the sea.

With uneven stepping stones and crashing waves below, the cliffs have quickly become the perfect selfie spot for tourists.

Some can only dream of witnessing such a sight, but for this group of backpackers, it became a reality.

This is Madalyn Davis.

She and her friends decided to embark on an adventure down under.

Madalyn arrived in Australia from Doncaster, England late last year after traveling to other parts of the world including Indonesia and Thailand.

But after arriving in Australia, she planned to stay awhile...

However, her plans were cut short after a night out in the eastern suburb of Vaucluse ended in a fatal disaster.

The incident took place on a Saturday night, on January 11th...

After attending a party, she and 7 of her friends embarked on another little adventure that involved the Diamond Bay cliffs.

As I mentioned before, this became a selfie spot for tourists...

So the group had decided they could get some good shots if they went around 6:30 am.

The group took a risk by climbing over a fence.

I mean, the cliffs are already a dangerous location but the group thought it would be worth the danger so that the group could watch the sunrise on the edge.

But it was at this moment that Madalyn fell to her death.

The marine rescue team of New South Wales tweeted this: A crew from Marine Rescue Middle Harbour is involved in a search for a woman in her early 20s missing from Diamond Bay in Sydney's east."

"Emergency services were alerted after a group of people taking photos inside the fence early this morning regathered & could not find the woman."

The next day Madalyn's family were worried...

After not hearing back from their daughter, her parents scrambled to get a hold of her.

One member reached out to everyone online:

They wrote this: "Anyone seen Maddie? Not been able to get hold of her please get in touch if you were out with her last night."

But when they heard nothing back, they feared the worst.

Her death was confirmed later on and another family member notified everyone concerned that they were aware of the fatal incident. They wrote: "Thank you for all your beautiful condolences for Madalyn Davis and her family – it is an absolute tragedy to which nothing has been confirmed."

Tributes have been spreading online for the young soul.

Her friends have described her as "incredibly beautiful and talented" and "a free spirit."

One friend left a heartbreaking tribute to her, writing:

"I really don’t know how to process this Maddie, last time we saw each other was three years ago and now you are gone."

After learning about the sudden death, Mayor Paula Masselos said she was "devastated."

She told The Daily Telegraph: "I’ve already asked the general manager and we’re having a meeting tomorrow to discuss it. It depends in part on what the police investigation reveals. Extra patrols, more signs, the fencing we increased as well … when the rangers tell people not to go over boundary fences they don’t listen, they go further down and go over boundary fences further down."

And this isn't the first incident to occur at the tourist hot-spot.

Last year, in August a similar incident took place when a twenty-seven-year-old woman fell and died while posing for a snapshot at the edge of the cliffs.

This is a truly heartbreaking time for the family.

RIP Madalyn Davis, you will truly be missed.
20%