24 Products That Got It Right The First Time | 22 Words 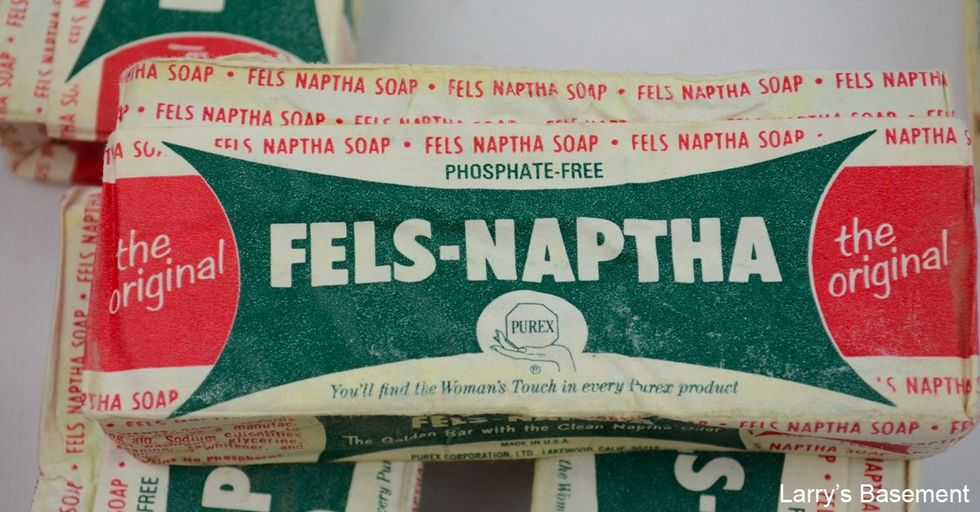 24 Products That Got It Right The First Time

Some products are so well-designed, so perfectly tailored for their intended purpose, that they never need to change or adapt.

Whether it's the simple X-Acto #1 or the venerable Weber BBQ grill, these products look much the same as they did when they were introduced decades (or even centuries) ago. And they're still just as useful.

We hope you find these products as fascinating as we do. We've picked them out to share because we love them, not because we're being paid to. However, 22Words does participate in the Amazon affiliate program, and can receive a share of sales from links on this page.

This classic effervescent lip balm has been on the market since 1937, and remains under the ownership of the Woelbing family today. Find Carmex on Amazon

Originally formulated with a derivative from the head of sperm whales (hence the ceta of cetaphil), this gentle cleanser is so popular, the company boasts that it sells at least one bottle a minute. Find Cetaphil on Amazon

This classic has remained one of most popular scents on the market since its introduction 96 years ago. It's also one of the pricier options out there. Find Chanel No. 5 on Amazon

These cotton canvas classics have enjoy popularity among athletes and hipsters alike since their introduction (in current form) in 1923, where they graced the feet of Charles "Chuck" Taylor, star of the Converse-sponsored All Stars basketball team. Find a pair of Chuck Taylors on Amazon

Pioneer of the panel-loading daypack, JanSport (and its co-owned brand North Face) represents almost 50% of all backpacks sold in the US today. Find the JanSport DayPack on Amazon

This ubiquitous bottle has been dispensing soy sauce across the world for over fifty years, with an estimated 300 million bottles produced since its introduction in 1961. Find Kikkoman soy sauce on Amazon

Originally developed for industrial baking applications, the first KitchenAid mixers were actually purchased by the United States navy, for some battleship-bound baking. Find the KitchenAid stand mixer on Amazon

Joy of children and bane of bare-footed parents across the world, Lego bricks have been in constant production in their current form since 1949, with an estimated 600 billion bricks produced as of 2015. Find the Lego Classic kit on Amazon

The Mason Pearson brush's patented combination of nylon and boar bristles mounted in a rubber cushioned bed have made it the gold standard for hairbrushes since its introduction in 1885. Great quality comes at a price, however, with brushes starting in the low three-figures. Find the Mason Pearson brush on Amazon

This 19th century soap was a wildly popular option for both pre-treating stains, and relief from poison ivy and other skin irritants, thanks to its high concentration of one ingredient: naptha (now a known carcinogen). Now naptha-free, Fels-Naptha soap is still a top-choice for aggressive stain-fighters across the country. Find Fels-Naptha soap on Amazon

While not nearly as popular as it once was, this ultra-moisturizing cream is still on the marketing, awaiting a renaissance whenever hipsters catch onto the vintage moisturizing craze. Find Pond's Cold Cream on Amazon

In an industry full of brightly colored, bass-heavy, bluetooth-equipped headphones, the Koss PortaPro is an anachronism. With its offset, slightly strange design, sliding spring steel headband, and (gasp!) physical cord, the PortaPro looks every bit as dated as its 34 years. Yet there's a reason why the PortaPros remain one of the most popular portable options among audiophiles around the globe: their incredible sound. Oh, and they come with a lifetime warranty. Not bad for a funny-looking pair of corded headphones. Find the Koss PortaPros on Amazon

One of 3M's most successful products of all time, Post-It Notes were born of failure. Dr. Spener Silver's attempts at developing an ultra-strong adhesive failed miserably, resulting instead in the low-tack, reusable, pressure-sensitive adhesive which makes Post-Its so indispensable. Find Post-It Notes on Amazon

Unchanged in a century, this ultra-tough measuring cup occupies cabinet space in an estimated 75% of American homes. Now that's some product longevity. Find the Pyrex Measuring Cup on Amazon

Revlon Cherries In The Snow Lipstick: 1953

Since William Stanley Jr. invented this all-steel vacuum bottle in 1913, its flown with WWII pilots, carried human organs, and accompanied explorers on deep-sea expeditions. Oh, and it's probably carried about 50 billion gallons of grandfathers' coffee. Find the Stanley Vacuum Bottle on Amazon

Its simple, all-metal construction and slightly curved good looks have granted the Swingline 747 a loyal following for almost fifty years. It's still in constant use, with a special red edition that fans of the cult classic Office Space will want immediately. Find the Swingline 747 on Amazon

Tired of getting ashes in his food, inventor George A. Steven cut a a metal buoy in half, fashioning it into an ash-proof grill. And just like that, an inimitable American classic was born. Find the Weber BBQ Grill on Amazon

With its solid aluminum handle and carbon steel blade, the X-Acto knife was so perfectly designed, it was the only model available until the X-Acto Gripster was introduced in 1987. Even in the Photoshop age, it's still an invaluable tool for artists, architects and creatives alike. And it's still astoundingly cheap. Find the X-Acto #1 on Amazon