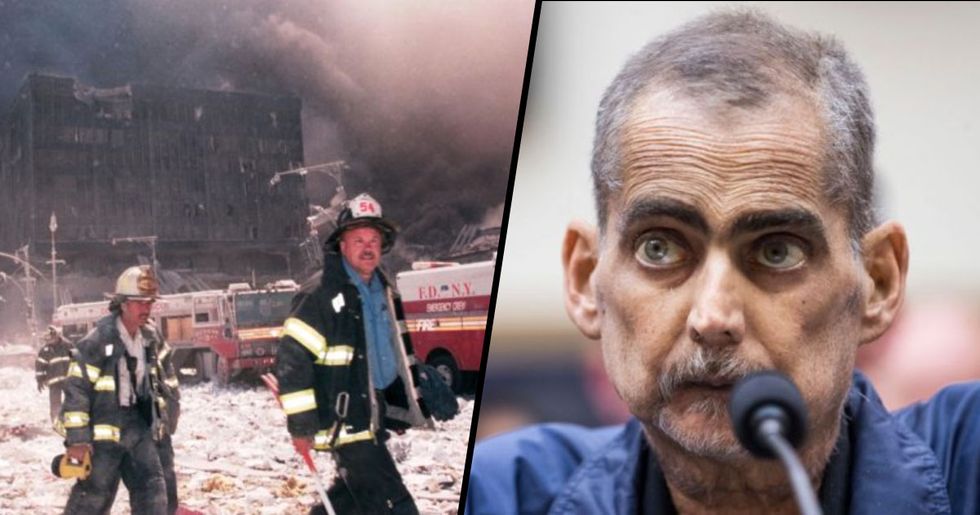 Since this devastating event, security in airports all around the world is tighter than ever and extreme measures are taken to ensure the safety of passengers onboard airplanes and to guarantee that an attack of this scale will never happen again.

Even though no attack of this size has happened since there are still people to this very day who have suffered and perished from the aftermath of these horrific attacks. Keep scrolling to find out more...

And it was an event that was completely unexpected. An American Airlines Boeing 767 loaded with 200,000 gallons of jet fuel was hijacked by a brainwashed member of al Qaeda and was driven into the north tower of the World Trade Center at 8.45 am.

As the towers were collapsing and causing complete chaos to New York City, a fourth airplane - United Flight 93 - was hijacked after leaving Newark Liberty International Airport in New York. However, the crew and passengers on board were made aware of the 3 other attacks and fought back against the 4 hijackers.

According to Business Insider, one of the passengers, Thomas Burnett, Jr., told his wife over the phone: "I know we’re all going to die. There are 3 of us who are going to do something about it. I love you, honey."

Despite this being one of the worst days in our country's history...

Despite the dangers, people in the emergency services worked the hardest they had ever worked...

Osama Bin Laden was the founder of al Qaeda...

And he became the most hated and wanted man in the world overnight. He took full responsibility for the attacks on 9/11 which began the 10-year-search for Bin Laden by U.S authorities.

He was on the run for years...

But, eventually, on May 2nd, 2011, U.S intelligence located him living in a secure compound in  Abbottabad, Pakistan. He was shot and killed by a small U.S force transported by helicopter.

This doesn't mean that justice was served, however...

Despite Osama Bin Laden finally being tracked down and killed, thousands of people around the world still suffer today from the aftermath of 9/11.

Families are still mourning the loss of loved ones...

But what about those in the emergency services?

New York's finest rushed to the scenes of the twin towers instantly and with impeccable bravery, tackled the situation hands-on.

Twenty-three police officers from NYPD were killed on that day fulfilling their duties.

But more NYPD officers have since died since that fateful day eighteen years ago...

ABC News reported this harrowing statistic in the wake of a protracted battle for funding to compensate unwell first responders and other survivors, as well as the families of those who died.

It was recorded that 241 NYPD officers have since lost their lives due to illnesses caused by the events of 9/11...

Research has suggested that the most common killer in these officers was cancer and cardiovascular diseases - which was reported higher in first responders on the scene at the World Trade Center and those who spent protracted periods of time amongst the rubble.

The number is still growing...

The firefighters of New York were also affected...

Since last year's anniversary, twenty-two members of the FDNY have died from 9/11 related illnesses, while a further 202 members have died since September 11th, 2001. Their names will be added to the FDNY World Trade Center memorial wall on Friday afternoon this week.

Workers of the emergency services gave their lives to save others.

The wall's inscription reads: “Dedicated to the memory of those who bravely served this department protecting life and property in the City of New York in the rescue and recovery effort at Manhattan box 5-5-8087 World Trade Center."

For the first time, researchers are now linking high exposure to the World Trade Center dust to cardiovascular disease...

It was found that firefighters who were first on the scene are forty-four-percent more likely to develop cardiovascular disease than those who arrived on scene the next day. These findings show that cardiovascular conditions should be added to the list of 9/11 diseases covered under a federal law that provides compensation to first responders. The people of New York have suffered enough, and it's about time that justice should be truly served for our heroes. To read more about the first responders, keep scrolling.