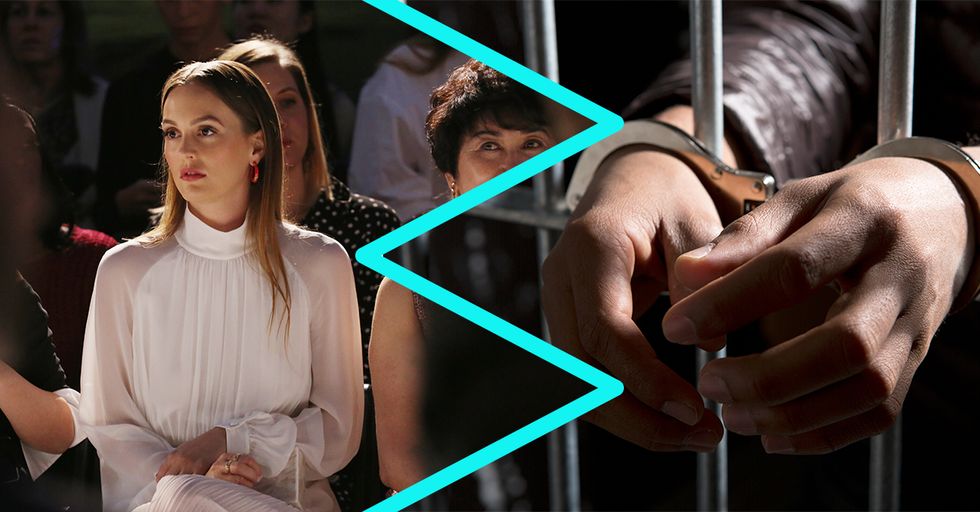 It's not all glitz and glamour in the lives of celebrities. Before they got their big breaks, a lot of them started off doing some pretty interesting activities that led them to fame. But now that they're famous, has everything about their lives changed? Off camera and behind the scenes, they really are just regular, weird human beings like the rest of us. Some are more open about their quirks and hilarious past lives, while with others you have to do a little bit more digging.

Liam Payne Is Afraid of Spoons

Koutaliaphobia: the fear of spoons. It's a real thing. The ex-One Direction member has been pretty open about his fear of spoon but has clarified that it's not so much a fear, just an opposition. In an interview with MTV, Liam said, "See I’m not so much scared of spoons, I’ll hold one...But I don’t like eating with them, if they’re not my spoons if that makes sense." It's okay Liam; you being afraid of spoons is what makes you beautiful.

Just when you thought they both couldn't get any cooler. Hanks is a third cousin, four times removed relative of the great Honest Abe. What a family tree.

This one is a little unsettling. Phil Lewis, who played Mr. Moseby in The Suite Life of Zack and Cody was arrested in 1991 for manslaughter and driving under the influence. He was sentenced to only one year in prison. I don't know how I feel about trusting this guy to run a hotel.

Leonardo DiCaprio Could Have Been in Hocus Pocus

Leo was offered the role of Max in Hocus Pocus but turned it down. I don't think I'll ever be able to watch this movie the same way again picturing young Leo lighting that candle.

The unbelievably talented singer and actress has gone through serious loss in her family. Hudson's mother, brother and nephew were all shot and killed in 2008 by her brother-in-law. Her nephew was only seven years old.

Taylor Lautner Is A Karate Master

I knew there was a reason I have always been Team Jacob. Taylor first started doing karate when he was six years old. In his first national tournament, he took first place in three separate events. By the time he was eight years old, he had already earned his black belt. His karate skills have come in handy in many of his acting roles.

An entertainer from day one. Jim Carrey would wear tap dance shoes to bed just in case his parents needed to be cheered up in the middle of the night and sometimes his parents would ask him to perform for them. A true showman, indeed.

Morgan Freeman Is A Certified Pilot

Is there anything this man can't do? At the age of 65, Freeman got his private pilot's license. He owns three separate aircrafts. Before his acting days, he was enlisted in the United States Airforce. His was an Automatic Tracking Radar Repairman for four years.

Not just any scientists, but rocket scientists. The comedian and actors parents both worked as satellite engineers. Clearly Jack didn't follow in his parents footsteps because he was so obviously created for comedy, and for that, we are all thankful.

The 5'11 heiress rocks a size 11 shoe. What is seen as a flaw for many, Paris used as a strength to get some more cash; she created her own shoe line to cater to women with larger size feet. You go, girl.

The American Idol judge may not come off as a softie, but one thing really holds a special place in his heart; animals. Simon Cowell is a strong supporter of PETA and has voiced his strong opinions on ending the dog meat trade in South Korea.

Christopher Walken Was A Lion Tamer

The Pulp Fiction actor got his start in a circus, taming lions. From there, he went on to take dance lessons which started his journey to become the actor we all know and love today.

Jeremy Renner Used To Be A Makeup Artist

He can handle a bow and arrow and contour my face? Sounds like the perfect man. Before Avengers, Renner worked behind the scenes doing theater makeup to get some quick cash in between auditioning for movies.

The creative and colorful Ke$ha scored a 1500 (out of 1600) on her SATs, which is a pretty huge deal. The singer never went on to attend college, but did a pretty awesome job of making a name for herself.

Jerry Springer Was A Mayor

Before Jerry was announcing paternity tests, he was running the great city of Cincinnati, Ohio. Springer was a journalist, a law school student and then became the mayor from 1977-1981. He resigned from office when the news leaked that he was paying for sex with his checks from the government.

Scarlett Johansson Has A Twin

Meet Hunter Johansson. He's done a little bit of acting and was also on Barack Obama's presidential campaign. He's been Scarlett's date to a few red carpet events and you can see the resemblance; basically they are both incredibly good looking.

The creative and courageous actor is deathly afraid of clowns. If Johnny Depp is afraid of something, I feel like we should all be afraid, too.

Oui! Cooper studied abroad and lived with a French family where he picked up the language. He is still fluent and we are still swooning.

Channing Tatum Was In A Ricky Martin Music Video

Channing Tatum made his dancing debut long before Step Up and Magic Mike. Channing was mixing drinks shirtless and grinding in the background of a Ricky Martin music video. You'll see him the best at around 1:30 into the music video as the shirtless bartender.

James Franco Got A "D" At NYU

The actor was enrolled in classes at New York University while filming 127 Hours. He got a D in one of his classes and the professor who gave it to him ending up getting fired. Lesson learned; don't mess with Franco.

Nicole Kidman Is Afraid of Butterflies

Huh. Didn't see that one coming.

Rebel Wilson Hallucinated Her Being A Celebrity

While spending some time in Mozambique, Rebel Wilson contracted malaria. She began hallucinating that she was winning an Oscar for acting. She thinks if it weren't for malaria, she wouldn't have pursued acting as a career.

Leighton Meester Was Born In Jail

Before the days of Gossip Girl, actress Leighton Meester was much less glamorous. In fact, she was born in jail. Her mother was incarcerated for possession of drugs. Meester's mother is now a screenplay writer.

Hugh Jackman Used To Be A Clown

JT admitted in an NSYNC interview with Rolling Stones that he once owned every model of Air Jordans ever made. He also owned up to having over 450 pairs of shoes at one point.