25 Questions That Seem Stupid at First, But Are Actually Borderline Brilliant | 22 Words 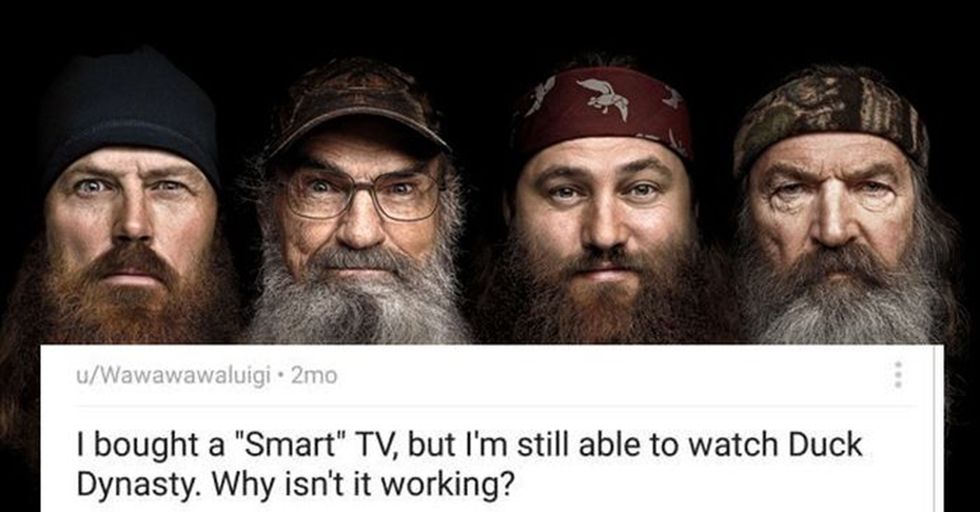 25 Questions That Seem Stupid at First, But Are Actually Borderline Brilliant

Sometimes, the dumbest jokes can be really, really smart. Of course, sometimes YOU have to be a little witty, too, to recognize the subtle genius of the statement or question at hand.

The "stupid" questions below all have a certain stroke of genius behind them, so before you go questioning your faith in humanity, take the glass-is-half-full approach, and hopefully you'll appreciate the underlying wit!

Turn it off and turn it on again?

Hmmm. Maybe you'd have to have a dual major.

At least you've got algebra going for you!

I would be a LITTLE more patient...

A dog surrounded by vacuums would get tense REAL quick.

Babies have to DO something to be famous. Like fall down a well.

You should be concerned about your knowledge of basic chemistry!

Nature is amazing, isn't it?

Maybe some meditation and deep breathing.

if you believe you are...sure.

They're not called "Baby Exchange Stations."

I'd say your intelligence is clear just from that comment!

Who's downvoting us on Yelp?

Maybe a nice fragrance, too?

There may be, uh, other variables at play here.

Someone explain "synonyms" to this dude.

That response might be overkill. Actually, it definitely is, and I've gone crosseyed.