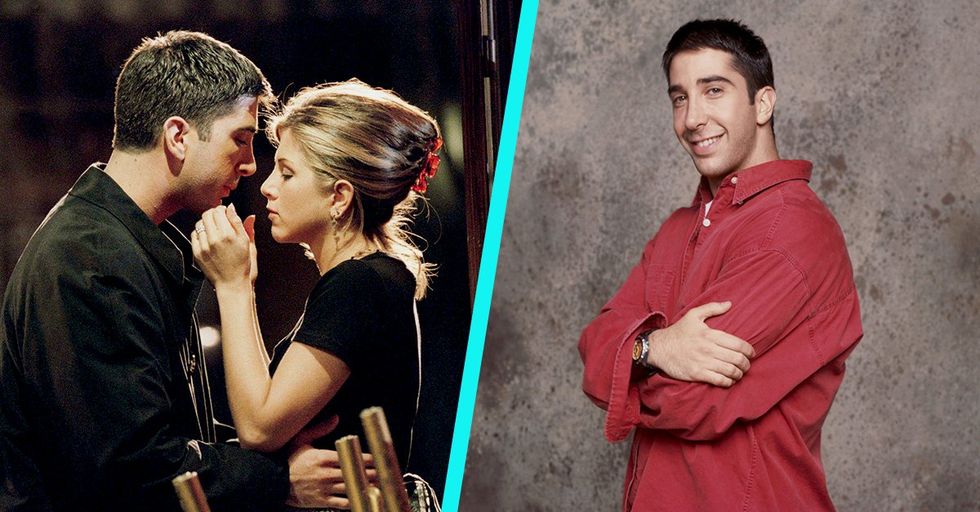 Ciera Cypert
Friends is and always will be a classic sitcom; timeless and hilarious, this show mastered having colorful characters that are easy to love and laugh with. But that's not the case with the entire cast. Ross Geller is easily the most disagreeable character on the show, with his jealousy, possessiveness and awkwardness. It takes a lot for something to ruin a show as pure and wholesome like Friends, but Ross is a grade A tool at times and it really rubs a lot of fans the wrong way.

Ross; the pity party for one. He truly believes that everything that has ever happened to him is not his fault. Take ownership of your mistakes, Ross. We all have to do it.
He thinks he's smarter than everyone. Just because you study dinosaurs all day doesn't make you a super genius!
He is incredibly dramatic about pretty much everything. He never plays it cool and usually ends up causing quite a scene.
Ross overthinks everything. He's like this giant ball of emotions that could explode at any moment. You don't want to get caught in the wake of his emotional explosions.
He's emotionally unstable. It gets out of hand sometimes. No one needs a friend like that.
He loves to judge. If you made a mistake, he wouldn't be the first friend you'd want to tell. In fact, he'd be towards the bottom of that list for me. I don't need your judgement, Ross!
Might be one of the clumsiest characters in the show. You would always have to be worrying about him falling and hurting himself in public. Which might be kind of funny at first but would get old pretty fast.
His relationship with Rachel is so complicated. He's obsessed with her, then he wants nothing to do with her, then he gets controlling and possessive. Overall, just not a good boyfriend.

Ross is afraid of everything. He always cancels things out before he even tries them. His answer to anything fun and exciting? Usually a big fat no. He wouldn't be that adventurous friend that keeps your life exciting.
He hates practical jokes and sarcasm. Remember when he got mad at Rachel for teaching Ben about practical jokes? Gosh, this guy does not know how to have fun.

That awesome episode with Brad Pitt was ruined when we found out that Ross started the "I Hate Rachel Green Club" in high school simply because she didn't love Ross back. Who does that?
Ross might be one of the most pessimistic characters ever, always bringing around those bad vibes. No one needs that negativity in their life!
So many people agree that Rachel and Ross' relationship was toxic and unhealthy. Rachel, you deserved better!
I am not making this stuff up. We have the evidence and the people have spoken; Ross really sucks.
He's just so awkward. Which can be funny at times, but then it's just uncomfortable. You wouldn't be able to go anywhere with him without it being slightly weird for everyone.
Don't get me started on his love life. It's just basically a mess. He has dated so many women, I can't keep up. He's been cheated on, but has also cheated on the women in his life. It's just a cycle of insecurity for Ross and he takes it out on everyone else!
Even though he has a consistent and stable job, he is notoriously cheap and it's quite annoying. He never tips, and steals toiletries from hotels so he doesn't have to get them himself. I would say he's better than that but I don't think he is.
Bad luck follows him everywhere. Bad luck and bad company? Not today, Satan.

We get it! You're unfaithful! Maybe you wouldn't have to keep going on all these breaks if you were a good boyfriend to begin with. There! I said it!
Ross can be so mean sometimes. He isn't always the most supportive friend or the kindest. Remember when he kissed Charlie right after her and Joey broke up? And Joey saw? You don't want a friend you can't trust!

Stop projecting all of your insecurities on everyone else! You possessive, dominating, jealous fool!
Ross did not support Rachel's move to Paris so she could pursue her dream job in fashion. You want friends to encourage you to chase your dreams and who don't hold you back!
He's bossy and loud! Also, he can be so impatient.
Ross has this ability to talk forever, especially when he's nervous. He just talks and talks and talks... you wouldn't be able to get a word in if you guys went out for drinks.
He can't accept being wrong and always goes the extra mile to prove his point. You just can't win an argument with him. It can't always be about you, Ross. That's why you would make possibly the worst friend in TV history. Not even his excuses of being on a break could hide the fact that he is just an annoying character and an even worse friend.