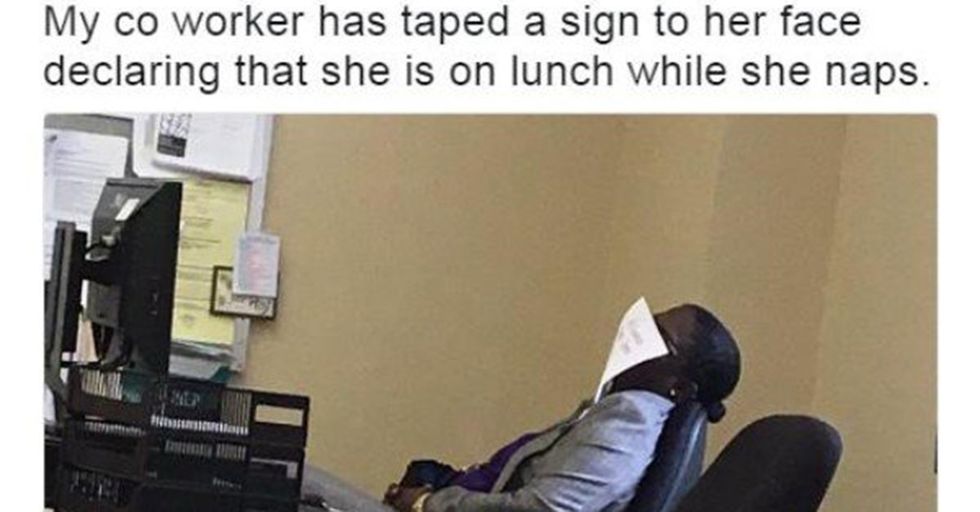 27 Photos of Workers Who Will Never, Ever, EVER Win 'Employee of the Month'

I guess they're making the rest of us look better, but they're also endangering our lives in the process, as you'll see below. Be glad that you don't have to spend every weekday with these slacker employees.

Well, you won't have to deal with the paperwork of firing him.

Let's hope that back bumper is REALLY strong.

It's pretty clear these guys weren't given the right tools for the job.

If you're gonna do that, at least pay attention, man.

I dunno...try putting it in a lower gear?

That's the worst free coffee I've ever heard of?

Kerning and spacing, people! Learn them!

Your co-worker doesn't sound like a real team player.

Man, they REALLY rely on that computer too much.

Or...the carpet just got washed. This guy gets a pass.

That's why you open doors slowly.

AND you're taking a picture? Geez...

Oh, man. Who is this more dangerous for?

Yup. Put a parking block there for good measure.

"What's the worst that could happen?"

"Let me get in there and look around."