3 Iowans Saved This Animal from Being Buried Alive. And It Wasn’t Just to Be Nice... | 22 Words 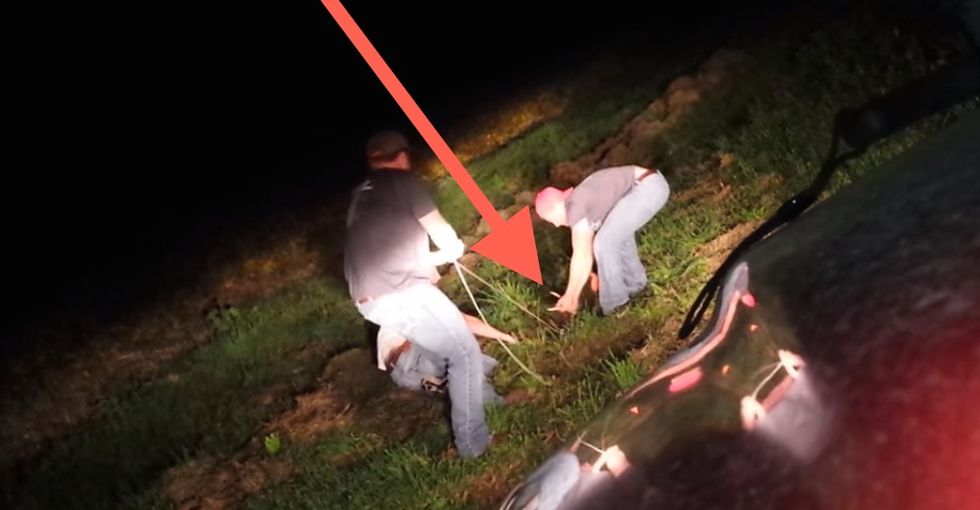 3 Iowans Saved This Animal from Being Buried Alive. And It Wasn’t Just to Be Nice...

As 19-year-old Bryton Meyer and his buddies were driving around an Iowa farm recently, their truck got stuck. When they were working to back it out of the hole they were lodged in, Bryton noticed another, bigger hole.

He pointed his flashlight into it...and saw eyes staring back at him.

A bit more investigation revealed that an opening in the ground that only appeared to be a couple feet deep and a few feet around was actually a sinkhole that opened into a minor chasm beneath its small opening. And at the bottom, 12 feet down Meyer estimates, was a 10-point buck.

Using a rope at first and then their bare hands they pulled the animal up and out...

(Though you can't tell from the footage, Meyer's friend says that the rope slipped off the animal's antlers as it ran away.)

Now, before you go, Meyer doesn't want you thinking that he did this purely out of sympathy or compassion. Good, downhome Iowan that he is, he had other more practical motives as well...

I love hunting the animals and love to share the experience with others as well. I definitely would not have harvested this animal for the fact that it is too immature, but it would definitely make a good first deer for a kid.

For a father to share that experience with his son or daughter is what we were going for...not to simply save an animal's life.

Whatever his motivation, the deer is glad to live another day.